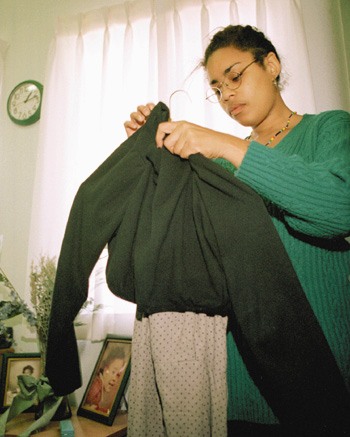 1:13 p.m. The duties of a Resident Assistant seem never-ending, as Donna Besson, senior, moves into the Oaks Residence Hall. / photo by Starr Carroll

An oddly calm atmosphere surrounds Davenport Dining Hall and its adjoining patio. Though it is noon, intimate groups of two to three students cluster the dining areas instead of crowding the room.

“There are two lunch rushes,” explains sophomore Brandi Baumeister, who is enjoying a leisurely lunch of a turkey sandwich on sourdough, salad and diet Pepsi with lemon before hurrying off to her mid-day chemistry lab. “It’s really busy around 11:30 when lunch first starts and then again about 12:20 as people get out of class.”

Like much of the Davenport crowd, Shyaam Butler, a sophomore, also has a class ending at 12:20, but instead of heading to lunch, he makes his way to the music laboratory to fit in a little practice time at the piano. “I only practice here on Tuesdays,” says Butler, who calls himself a beginning piano player. “I usually practice at home, but on Tuesdays I have a little time after my history class before my piano class begins.”

The typical lunch hour of the day does not mean free time for everyone. Just ask Bill Myers, a trade worker who is working as a painter for the University of La Verne. “I’m on my way to a job,” he says as he pauses along Third Street in his maintenance cart spotted with orange paw prints. “I have to go to the Law Building to replace a damaged ceiling, and then it’s off to paint the front of the security office.”

On the outskirts of campus, Maureen Pray and Lane Braver are also hard at work in the Health Center. At 12:50 p.m., it is the heart of the Center’s hours, which is open for student appointments from 11 a.m. to 1:30 p.m., Monday through Thursday. So far, these two have seen eight patients in just under two hours and have two more patients before the day is through. “We’re seeing lots of sick kids with lots of colds,” says Pray, a nurse. “We’re also busy trying to clear winter athletes with their physicals. We’ve already had three of those today.”

Aside from those three physicals, Braver, a physician’s assistant, has also seen a sore throat, a re-check for a sprained ankle, a wart removal, a cough and a common cold. The Health Center typically sees 14 to 15 students in its daily three hours of operation, the number increasing during flu season and at the beginning of each semester when athletes are due for physicals.

Health Center workers also deal with many cases concerning mononucleosis, annual pap smears, pelvic examinations, upper respiratory problems, minor emotional distress and pregnancies, mostly unwanted. Braver and the rest of the staff also provide counseling on such topics as birth control, breast self examinations and testicular examinations. At 1:03 p.m., his next patient walks through the door, and Braver is once again hard at work.

Just a block away in the Oaks Residence Halls, the opposite scenario is true. On the balcony of D-Top, senior Rukaya Habib takes a break between her classes to read a book in the sun. “I like to come outside to study, especially when the weather is nice.”

In A-Bottom, senior Donna Besson spends her afternoon moving into her newly acquired room and her newly acquired position of resident assistant for the floor. Just days earlier, she resided in the Studebaker-Hanawalt Hall. “It’s smaller than a normal double, but bigger than a single,” she decides as she surveys the room.

Besson’s position is a little out of the ordinary because she is now the only female on the rowdy all male side of A-Bottom. “I feel good because the [Residential Life] staff is confident in me to take over this position this far into the semester,” she says. As she glances down the hallway, she concludes that she just might have her hands full, judging from the collection of road signs that hang on one wall and the room decorations viewed through open doors.

Two doors down from Besson, the room is dark. Far from being rowdy, resident Ryan Orr and friend Danielle McKee enjoy some free time with a cat nap.

By 2:07, the campus seems quiet, but a glance in any one of the academic buildings proves that the day is far from being over. In the basement of Miller Hall, Gary Colby, associate professor of photography, reviews proof sheets with students in his beginning photography lab. Across campus, in another basement, that of Founders Hall, Iraj Parchamazad, professor of chemistry, meets with a small group of his students before lab begins. Labs are the order of the afternoon as Ichiro Sato, senior, has a private recorder lesson with music instructor Anita Hanawalt.

Yet, at 2:35 in the office of Dr. John Gingrich, dean of the College of Arts and Sciences, a completely different scenario is taking place.

Instead of meeting with a student or one of his peers, Dr. Gingrich is joining a group of faculty members in a hearty rendition of “Happy Birthday” to Dr. Sharon Davis, professor of sociology, and enjoying a slice of birthday cake.

Just across Third Street, in Woody Hall, junior Ronnie Daniels is taking care of some business. “I have to fill out work study forms so I can get an on campus job,” he explains with a half-hearted smile.

In the afternoon, the ULV campus seems quiet. The grounds may be deserted, but each building bustles on the inside. 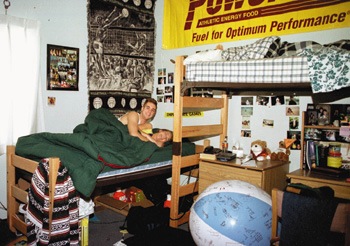 1:15 p.m. Though a ray of sunlight streams through the window, lights are out for freshmen Ryan Orr and Danielle McKee, who claim a platonic nap. / photo by Starr Carroll 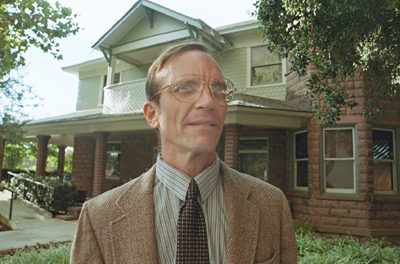 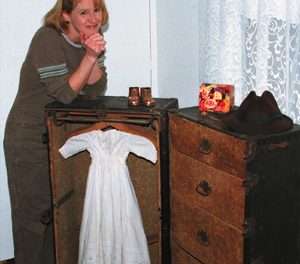 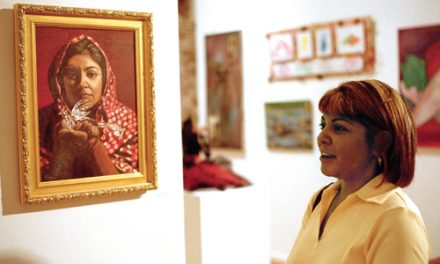