by Christie Reed
Editor in Chief

We are all victims of stereotypes. Most thought I was a rich kid, but I was not. I lived in a three story house on North Del Sol Lane in Diamond Bar. You do not see houses like that anymore. With a backyard that seemed to never end, my brother and I would pretend we were on wild safaris when I was in elementary school.

I knew nothing of the differences in the neighborhood in which I lived. I knew nothing of social class until the fourth grade. That was when I learned of the “rich” in Diamond Bar. The rich were those who lived in the prestigious gated community by the name of “The Country.”

Children can be mean, and all I remember is being told to stay away from this one blonde-haired girl who lived in “The Country” because she was a snobby, little brat. “All the people who live in “The Country” are rich,” I was told. From then on, I realized what it meant to not only live in one city vs. another city, but to live in one part of a city vs. another part of a city.

La Verne is the same; and although you will not hear it spoken that often, where you live in La Verne says something about who you are.

To live on the eastern border is to border the graffiti and gang-ridden city of Pomona. Even local real estate agents will recommend that a prospective buyer purchase a house on the La Verne side. The blockade on Grove Street was rumored to keep Pomona out of La Verne. It really was not built for that reason. It was to eliminate the onslaught of traffic through the residential area.

To live in western La Verne, bordering San Dimas, carries a certain amount of respect. With a frontier-style setting, life is peaceful, and homes are nice.

Southern La Verne does not hold much in the way of homes, but those above McKinley and Fairplex avenues are behind gates and can cost more than $1 million.

Northern La Verne does not seem like old town La Verne at all. Commonly, signs are posted for one to watch for rattlesnakes and mountain lions. Life in the north merges with nature. The houses are spacious and located off the beaten path — many on hill-tops hidden in gated communities. Here, the houses built on these large plots of land are very expensive.

What does it really say when you live in one region of La Verne over another? Nothing. It is those who judge you by this who make unfair assumptions. Where you live does not make a person, and that girl from my fourth grade class was one of the nicest people I ever met. 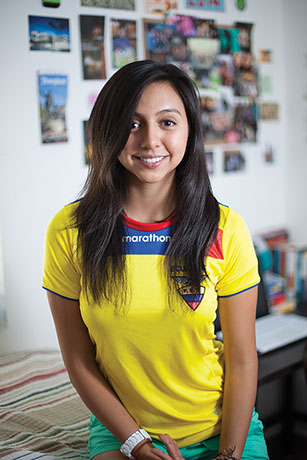