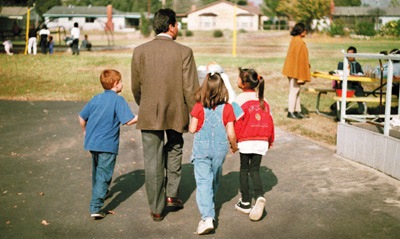 Hand in hand, step by step, with the eagerness of a child, Principal Albert Caheque leads his Eckstrand Elementary School students toward the field of opportunities that lie ahead. As he accompanies three of his students to a game of kickball during recess, Caheque tries to keep an eye on the rest of the playground to ensure the safety of others. / photo by Ian Gratz

Confidence. It can be seen in his face and heard in his voice. Although Albert Caheque is beginning his first year as principal of Fred Eckstrand elementary school, his confident demeanor belies his newness to the position.

Caheque accepted the position at Eckstrand after spending a year as assistant principal at Roynon Elementary School. He quickly discovered a difference between the two positions.

“As an assistant, I shared in the responsibilities with the principal, Susan Brown,” he says. “As a principal, I have a lot more responsibility, and no one to share it with. The decisions are all mine, and that is a challenge.”

Although he has been either a teacher or an administrator for 11 years, Caheque did not think about his current profession until after receiving his bachelor’s degree. He graduated from Pioneer High School in Whittier and then went to Whitworth College in Spokane, Wash. “I wanted to study at a small liberal arts college,” says Caheque.

“I had an opportunity to take a bus tour of the Whitworth campus, and I liked what I saw. I was eager to explore the country, and this gave me the chance to do so,” he adds.

Caheque received his bachelor’s degree in therapeutic recreation, and spent 18 months working with handicapped adults. He enjoyed what he was doing, but eventually found that he desired a more structured setting.

He began his teaching career in the Bassett Unified School District in La Puente, where he met his wife, Lisa Raigosa. He was a teacher and counselor before taking a position with the Bonita Unified School District as a counselor at Chaparral Continuation High School. There, he assisted Dennis King, the school’s current principal, in developing a program for at-risk students in the seventh, eighth and ninth grades.

“This program was designed for students who were not making it in a regular school environment,” says Caheque. “It is an alternative to their dropping out of school or being expelled.”

A combined setting of instruction and counseling with the students and their parents enabled the teenagers to get back on the academic track. After a few semesters, the students were ready to re-integrate into the regular school setting. 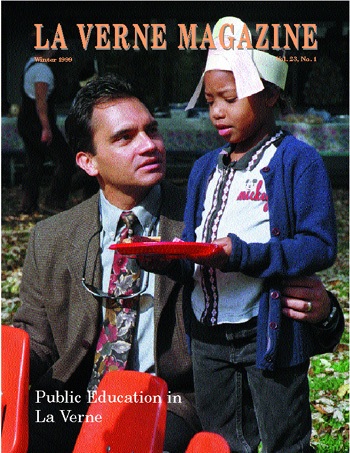 Despite the responsibilities Principal Albert Caheque has at Eckstrand Elementary School, he still finds time to listen to his students. Third grader Anjelica Russell captures him with tales of Thanksgiving. Caheque says the best part is playing a role in the education process and being surrounded by people who love their jobs. / photo by Ian Gratz

After a successful tenure at Chaparral, Caheque accepted a position as assistant principal at Roynon. He says he is eternally grateful to principal Susan Brown for the opportunity to learn about life as an administrator.

“I feel lucky and blessed to have a mentor like Susan,” Caheque says. “I still call her for advice. I learned a lot from her.”

Brown believes Caheque will be a tremendous asset to Eckstrand. “He is an incredible person,” she says. “His interpersonal skills with parents, students and staff are exemplary.”

Brown praises Caheque, saying, “He has the ability of being directive and, at the same time, he is caring and nurturing.”

A year later, the opportunity to become a principal became available to Caheque. He believed his experience at Roynon and his previous background as a counselor gave him enough confidence to apply for the position.

“I was surprised and shocked when I learned I was confirmed for the position,” he says. “Then, I was scared. But I knew I had the qualifications, so fear gave way to confidence.”

Dr. John Rieckewald, superintendent of the Bonita Unified School District, feels Caheque is the best candidate for the position. “I feel his commitment to education and desire to provide the best learning environment for all students is in line with the direction I wanted to see the District move in the coming years.

“In the short time that Albert has been at Eckstrand,” Dr. Rieckewald continues, “he has already brought community back to the school, helped form a PTA and encouraged parents to be active participants in their school.”

Though he had been away from the elementary school environment for 10 years, Caheque felt he could return with determination. Armed with confidence and a solid background, he prepared himself to take over at Eckstrand, which is located just northeast of Antique Row in Old Town San Dimas. Still, he experienced some moments of trepidation.

“I think it was easier for me to walk down the aisle [when marrying Lisa in April 1997] than to walk into my new office,” Caheque laughs. “But I could not have asked for a better reception. Everyone has been supportive and helpful.”

Rather that calling all of his 610 students and 30 teachers to an assembly, Caheque went to each individual classroom to meet everyone at his new school. “I wanted our first meeting to be informal,” he says. “I spent about 15-20 minutes at each classroom. It took me a couple of weeks to complete my visits, but I was able to accomplish a lot more that way.”

Caheque also remembers his first meeting with the parents. “I told them who I was as a person and my background,” he says. “I expressed my elation at being a part of the Eckstrand community, and I invited them to help create a vision for the school. We are not there, yet, but we are gradually getting to that point.”

With a strong understanding of diverse cultures and the development of strategies and techniques, Caheque knows what he wants to accomplish in his first year as principal. “A lot of educators are seeking to bring rigor to their curriculum,” he says. “Public schools need to give a product to the students. We need to give them concrete basic skills and develop their character.”

Caheque’s bride is an assistant principal at El Roble Intermediate School in Claremont. That helps when Caheque goes to his Pomona home at night. “We talk a lot of shop,” he says. “Lisa understands what I am going through from her own experiences. We have a lot of mutual empathy-we inspire one another.”

Knowing that the slogan of BUSD is “Preparing Students for the 21st Century,” Caheque looks forward to the day in which Eckstrand will join the computer age. “We are hoping to be networked and hooked up to the Internet by mid-year,” he says. “We want to use current technology to enhance the students’ learning.

“We are getting ready to align ourselves with the district’s goals,” Caheque says. “When we accomplish that, we can better set our own vision and goals.” 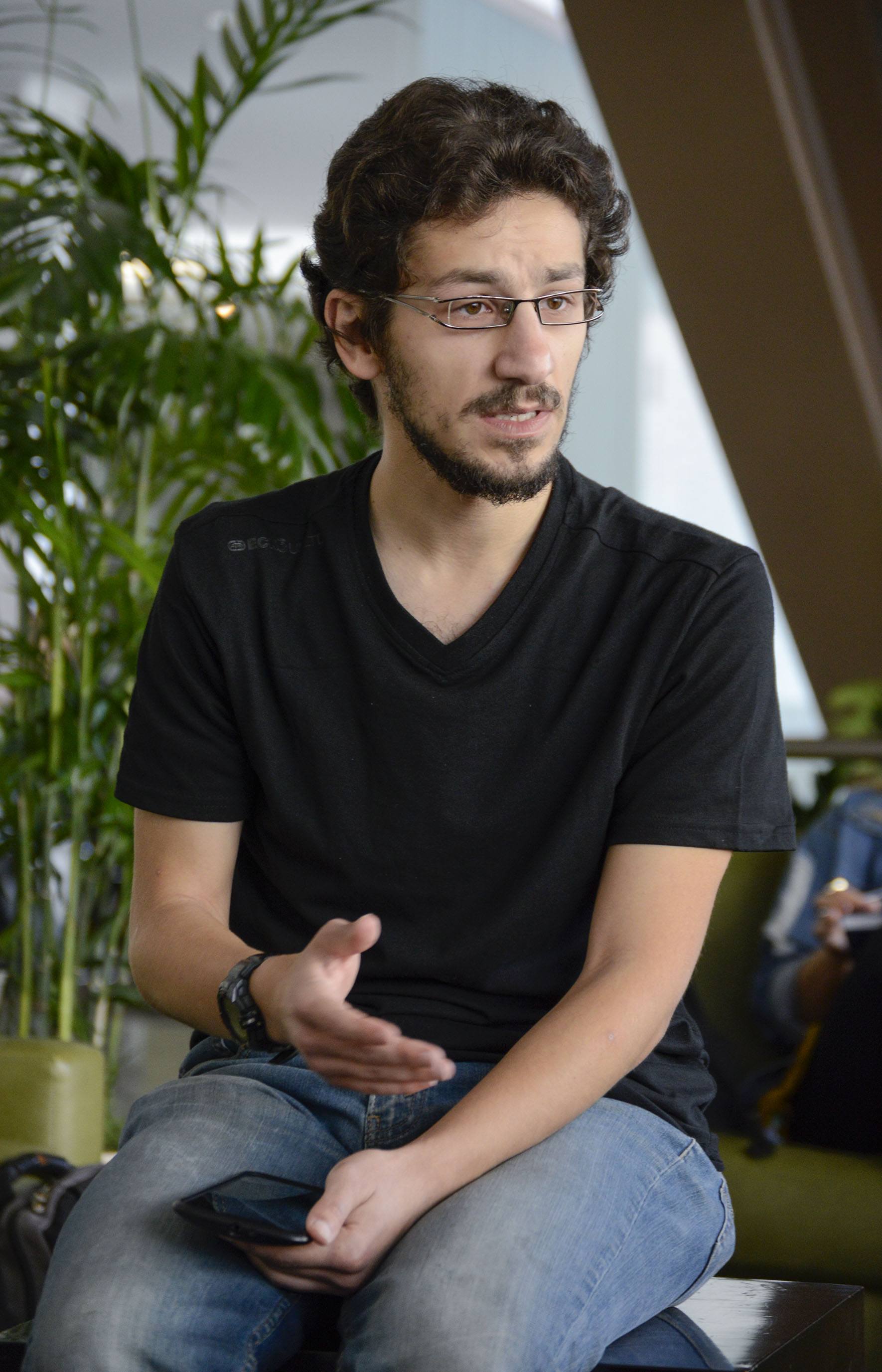 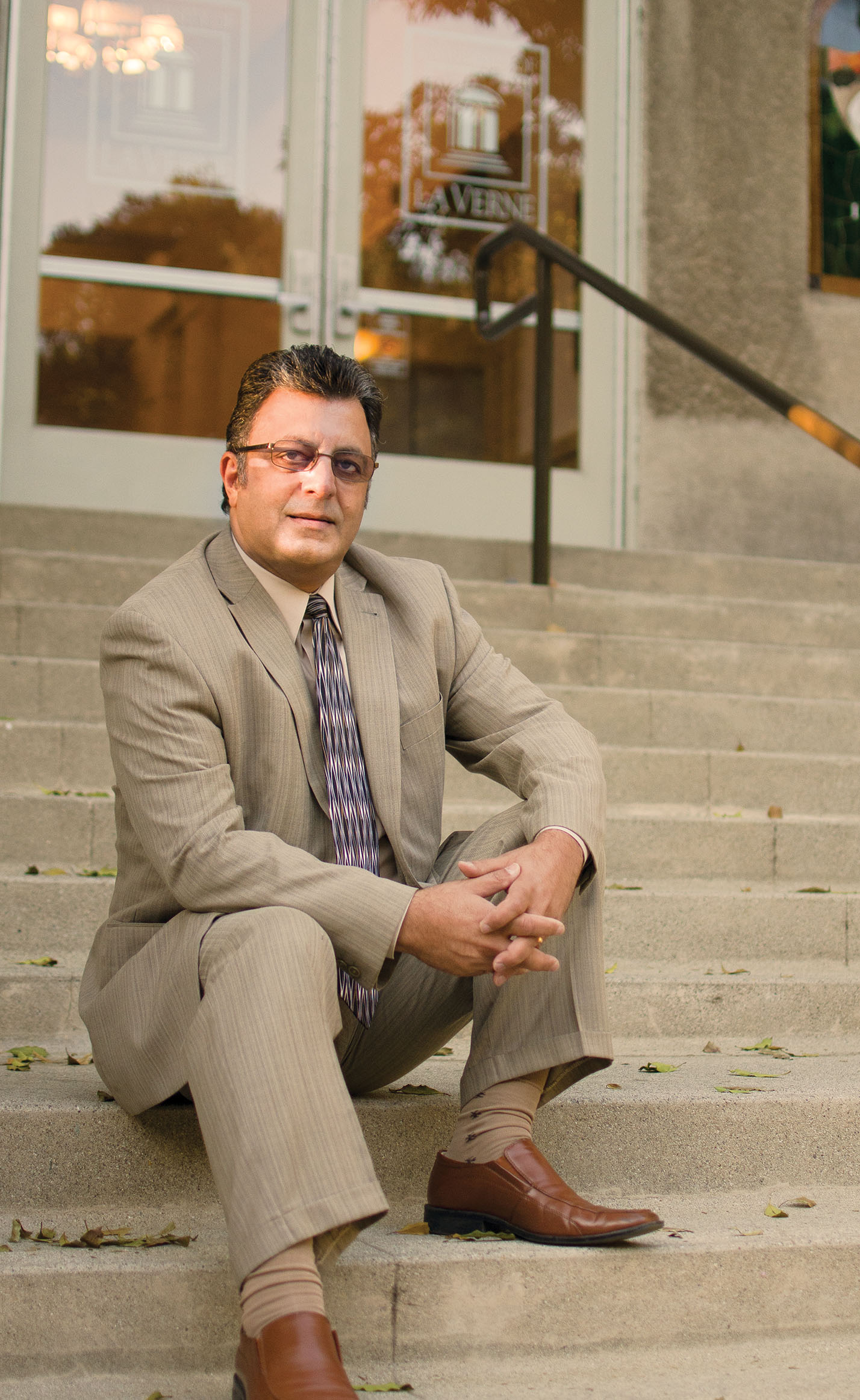 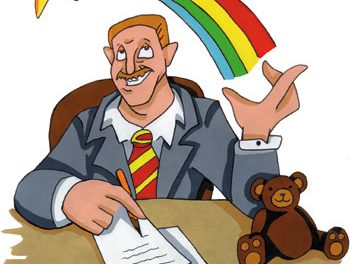