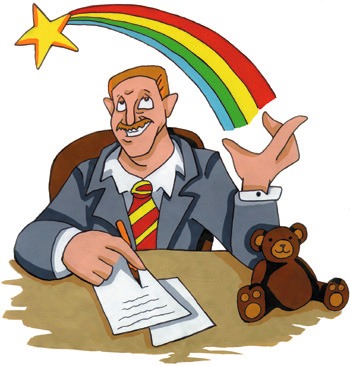 Vivid surfing posters, a watercolor painting of sailboats and a plant stand — with a bright green fern — adorn one wall in a solitary office in San Dimas. A photograph of monkeys, handwritten cards that read, “We Will Miss You” and a large piece of paper, displaying “The Pyramid of Success,” decorate another wall that would otherwise be ordinary. The filing cabinet is heaped with stuffed animals and a stethoscope.

The only object that identifies the individual’s occupation is the label on the desk. He is not a comedian, nor environmentalist, nor athlete … but a school administrator.

George Jaeger, Ed.D., assistant principal at Lone Hill Middle School and University of La Verne ’73 graduate, provides a new perspective to discipline. “I am not the mean, cruel assistant principal who punishes kids,” says Jaeger. “I use each disciplinary problem as a teaching moment.”

It is 9:15 a.m., and George Jaeger begins his day, dressed in a blue and gold coaching outfit to represent school spirit day. The first student conference of the day begins.

Jaeger: “Hi, are you doing better today after your fight that you had yesterday?”

Student: “Am I going to be suspended?”

Jaeger: “You will have three days of in-school suspension. I know that yesterday you were trying to defend your macho, but the best thing is to walk away from it.”

Parent: “I assure you this will never happen again.”

Jaeger: “OK, let me just tell you what serious things could have happened yesterday…. You can go start your work, and things are cool again.”

A voice comes over the intercom, and Jaeger immediately has to respond to the situation.

Since 1973, Jaeger has been a part of the Lone Hill faculty. “I taught at the school, was a dean for two years, became an assistant principal at the [San Dimas] high school for one year and then returned [to Lone Hill],” he says. For the past seven years he has had the responsibility of assistant principal.

“I used to say, if I ever talk about getting into administration, please shoot me and get me out of my misery,” Jaeger replies. Nevertheless, as time went on, he needed to move over in the pay scale. In 1986, Jaeger returned to the University of La Verne for his master of education degree. Ten years later, ULV bestowed upon him a doctorate of education.

The annual bus evacuation drill. Jaeger has to be present for these procedures. Outside, children are jumping out of buses. Baggy jeans, spiky hair, blue eyeshadow and tennis shoes are the general garb of the students. As the students become rowdy, Jaeger says, “Come on, chill out! This is a serious matter.”

A school security representative alerts Jaeger that a student was antagonizing a woman at the bus stop. The director of transportation pulls Jaeger aside to discuss “confidential matters.”

Three different situations are handled by Jaeger, amidst the murmur of chattering adolescents.

He returns to his office to finish paperwork, only to find the place completely crowded with 13-year-old adolescents.

Discipline is the primary responsibility of an assistant principal. With more than 1,000 students to deal with on a day-to-day basis, Jaeger has a challenging job that very few people can master within their lifetime. He says, “I deal with the children with the highest respect. This is a crucial time in their lives, both physically and socially.”

“If you embarrass a child, it could be so traumatic that they will remember it for the rest of their lives,” he says.

Ruben Avila, school security, says, “He is an awesome guy. He knows his job, and 90 percent of the students think he’s great.”

The general consensus around the school is that students are afraid of Jaeger, but they also love him. “I know that students make mistakes; my job is to modify their behavior for intelligent reasons.”

Three students wait nervously outside of his office.

Student 1: “My clothes are just fine; I don’t know what the problem is.”

Jaeger: “That is marginal; you know not to let your midriff show. Okay, next dude.”

Jaeger: You don’t need to cop an attitude; we will listen to you … OK, just don’t push the girls and be nice.”

Student 3: “Girls are calling me names, and I don’t know what to do.”

Jaeger: “What I need you to do is get specific names, and we can set up a conflict management session.”

Looking up at the clock, Jaeger realizes that it is 15 minutes before utter chaos breaks loose — the passing period.

Providing alternatives to out-of-school suspension are some of the many contributions Jaeger has established at the school. “I wrote my dissertation on this subject, and I firmly believe that these alternatives benefit the students,” he says.

There is an alternative learning center located next to his office. Students are provided with their daily work and teacher assistance “during the duration of their in-school suspension,” Jaeger says.

Another alternative is parent sit-ins. “This is the most dramatic measure of correction because it is embarrassing [to the student] to have their mom following them around school.”

With a clipboard full of students’ names, Jaeger displays the community service plan at the middle school. “Students pick up trash, rake leaves and sweep floors. This is not just a correctional measure but a beautification process.”

It is time for the passing period. Jaeger observes hundreds of students in the halls to make sure that their behavior is kept under control.

Student 3: “Mr. Jaeger, someone stole my book bag, and I know they did it on purpose.”

Jaeger: “First of all, calm down. Tell me the facts, step by step, and name the students that you were last with — before passing period.”

The bell rings. Jaeger hurriedly walks to his next destination.

Kay Sedor, secretary to the assistant principal at Lone Hill, says, “The difference between Jaeger and other APs is the empathy he has for children.” She says, “He gives 100 percent to the students, helping and caring for them along the way.”

In a very modest voice, Jaeger says, “I would like to think that I have been a very conscientious and fair employee within the Bonita district. “I work well with the staff; we are like a family. We support each other when dealing with the students.”

Situated across from San Dimas High School, the middle school is occupied by students who are in the transition period, from childhood to adulthood.

Like his students, Jaeger is also in the process of transition. He recently moved from an assistant principal of Lone Hill to a principalship in an Alhambra school. “It is expected [for me] to move up, and it is time for a change,” says Jaeger before the move.

Reflecting on his personal tactics with student discipline, he provides helpful advice to the incoming assistant principal. “Remember to always have thorough investigation of facts, write down everything, find out who else was at the scene, allow the students to communicate thoroughly and always be consistent.”

“Working for the Bonita Unified School District has been great; they are tuned into instruction of education and achievement,” says Jaeger. Within the actual school, only minor policies need to be altered. Jaeger says, “My problems are gum chewing and tardiness instead of gang fights and graffiti.” He adds, “That says a lot about the school; we are able to spend our time focusing on instruction.”

Jaeger walks into a special education classroom. Children are talking and reviewing with the teacher about the Middle East. As he sits in the back, he observes the teacher. He writes notes, comments on teaching strategies, and just enjoys sitting inside of a classroom filled with adolescents.

It is only 11:15 a.m., and the day is yet to be half-way complete. Jaeger still has numerous tasks to finish.

Inside his office, an inspirational quote reads, “The race is not always to the swift but to those who keep on running.” Jaeger will leave his legacy behind at Lone Hill and begin a new chapter of his life in Alhambra.

As he leaves his office for a pep rally, Jaeger says, “Always remember that you are in this job [for the students]. If you forget that, then it is time for you to get out of the business.” 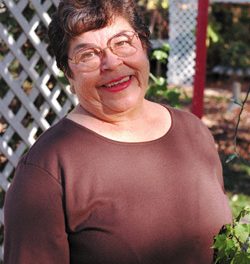 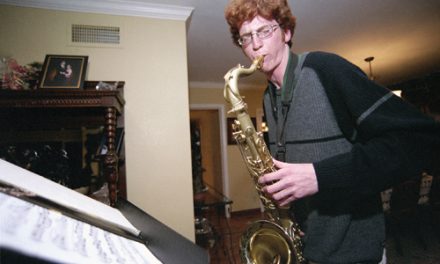 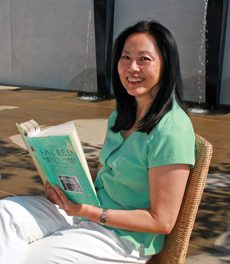 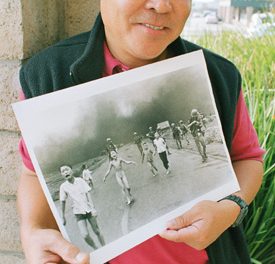