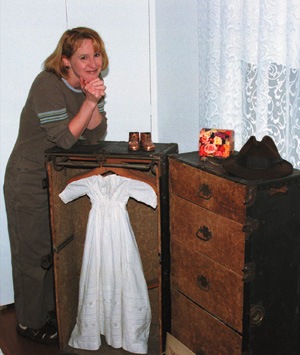 Opening the creaking door to another era, Betty Pittman goes back generations as she shows off a child’s christening gown stored in her father’s traveling trunk. / photo by Juan Garcia

Like an amiable great-grandfather, this little white house with its airy porch could spin a yarn about the days of yesteryear, the births and deaths within its walls, the weddings in its shady summer yard. Inside, it houses six generations of memorabilia passed down through the years, a virtual candy store for the antique collector’s delight.

If only these walls could speak.

For the young couple Betty and Don Pittman along with their two boys who reside here, the house has served as something of a family member. Especially for Betty, who moved back home when her mother died, this house once filled the void left by her deceased parents.

Upon the living room’s burgundy-colored carpet sits her dark wood antique upright piano, a gift from her aunt for her seventh birthday, now a toy for the boys to tinker. “It’s just old stuff I found,” she adds. “That’s the way my life’s always been.”

As she speaks, her 5-year old, Tyler, cuts paper scraps with scissors from a red, blue and yellow weathered Ritz Cracker tin. Out of his hearing she offers insight into his budding personality. “He likes to be the center of attention.” Her other son, Austin, naps.

The sole child of her parents Hazel and James Banninger, Betty Joy’s family history in the house spans from the 1920s.

When great-great-grandmother Rachel Amanda Feathers Larimer came with daughter-in-law great grandma Susan Elmira Zug Larimer, they could not have envisioned six generations would continue in their newly built home until close to the end of the century. Grandma Alida Larimer Harper eventually took ownership of the house with husband Byrl Harper, a math teacher at Bonita High School, now the site of Damien High School. They had two daughters, Aunt Dee and Betty Joy’s mom, Hazel.

Aunt Dee, a retired teacher herself, never married. She currently lives in an assisted-living home, and Betty continues to care for her.

And so since their stint began as homeowners, the Pittmans have endeavored to maintain its vintage look, no specific time period she says, just not modern. “I’ve never tried to modernize it,” she says. “We’ve tried to make it look old.”

The original refrigerator with ice box still remains, more of a display than a functional food preserver. On the bookshelf sits a 1924 La Verne College Yearbook, the Orange Blossom, within which a 1924 commencement handout and college seniors class day program lie in nearly pristine condition. Other ancient school yearbooks like it flank both sides.

Under a window in the dining area, two play rocking chairs sit in adornment. The red one sports worn armrests that evince the natural wood from under the red paint. Aunt Dee shared that they used to drag the chair with the armrests in the dirt so they felt the brunt of the wear.

Despite their belief that the house needs to be kept faithful to its original design, Betty and Don remember to enjoy it and let the children be comfortable. “My boys use it,” Betty says. “They rock in it.”

The house is not entirely without modern accouterments. But on occasion, a unique discovery happens.

Several years ago, the bathroom was redone. In the process of repainting, they found a box of razors circa 1954 and a large black matchbox left in the crown molding.

In the garage, as she cleared out an old filing cabinet, Betty found her grandpa’s old boots. He died in 1971. “It was weird pulling out boots with socks,” she says.

One of her more interesting finds occurred when she discovered a newspaper announcing Abraham Lincoln’s assassination.

“I liked to share it and to show it to people, but I can’t do that anymore,” Betty says. Its worn condition will not allow it any longer.

Among her more sentimental discoveries is a picture she found in the basement of Grandma Alida Fern Larimer Harper and her sister Gladys Larimer. The oval-beveled print, left under the house for years, needed cleaning to preserve it, but now hangs in their bedroom next to the window. The soft sunlight peers through the white lacy curtain to illuminate their round little faces.

The picture, part photograph, part painting, with its soft muted pastels on a light brown paper, characterizes two girls in white turn-of-the-century dresses. Alida, probably 7 at the time, with long brown tubular locks curled perfectly, sits, while Gladys, 4, stands to her right. Smileless and unnaturally calm for girls their age, they offer a glimpse into Betty’s family.

Across the room, an open black traveling trunk with a baby’s white christening gown sits like a display window on the wood floor. Like the trunks of its generation, it splits open in the middle and stands three feet tall. The left compartment served as a portable closet, but now its sole resident hangs, a ghostly remnant of the past. The right side has four drawers with a now grungy, faded pineapple print. Betty keeps her off-season pajamas in it.

All throughout the house — the bedrooms, the living room — black and white photos pervade, juxtaposed to the modern photos of Tyler and Austin. And in the backyard, among the boys’ wagons, dump trucks and swing set, stand shady trees. Toward the back, beyond the deck, the orange tree Betty and her father planted grows waiting to bear fruit for future generations.

Betty and Don have decided to leave their old family member to move to Indiana where Don plans to transfer and have less of a commute. She believes their lives will be simpler.

So their stint as La Verne homeowners will end shortly when the family relocates to Indianapolis for Don’s work as an aircraft mechanic for Federal Express. Don started May 3.

In their beginning years as a couple, the house was more of a focal point, Betty says. After the children, the house became less of a priority. “It’s important, but … [my] boys are more important,” she says. As for the house, Betty concedes that she can sell it now. “I can take all the stuff with me,” she says.

And the most recent generation, their sons Tyler and Austin, have only begun to appreciate the shady backyard orange trees planted by Betty and her father. The memories are theirs to take, too. The house will remain behind, spinning a silent yarn for those who wander over the wooden floors and walk barefoot in the cool grassy backyard. 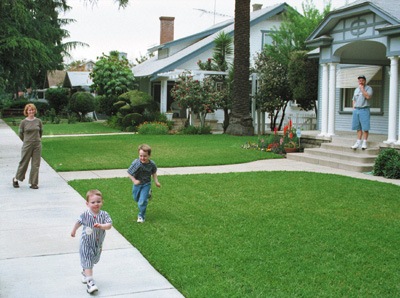 In one of their last opportunities to romp in their front yard, Austin and Tyler play hide and go seek. On May 22, 1999, the Pittmans not only moved their belongings but six generations of photos and stories from the house. / photo by Juan Garcia 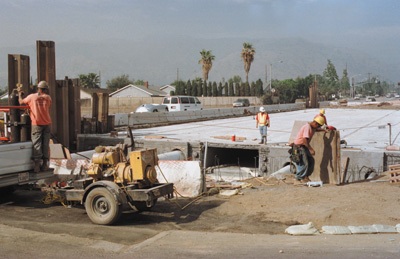 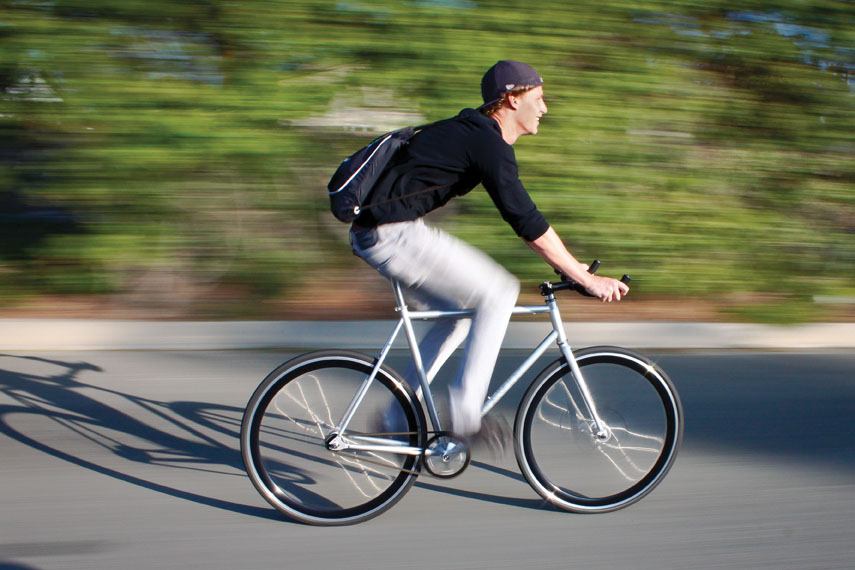 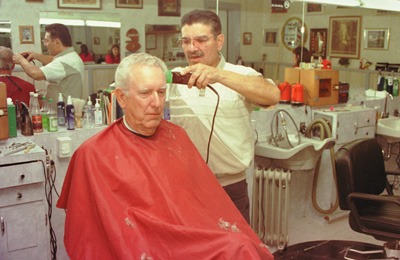