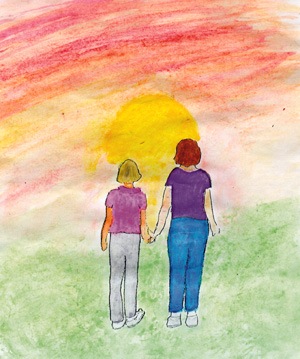 “I care” are two of the most powerful words in the English language. When they are spoken or shown to a child, it can be the difference between night and day. Things that may seem easy or straightforward are often mysterious to young people. It is easier than one may think to make a difference in a child’s life.

The decision to become a mentor for Kortney Stevenson, 32, was borne of her own life experience. As a former resident at the David and Margaret Home for Girls more than 13 years ago, she knows where the girls are coming from. Stevenson says she hopes to steer her mentee, Sherie, away from some of the mistakes she made as a young adult.

“I think the most important thing is to learn to love yourself. I had to realize that I was a worthwhile person. I didn’t find that out until my daughter was born. Then I realized I had to change because I didn’t want her to go through the same things as I did growing up,” she says.

Sherie says it helps her that Stevenson has been through the system. “She’s really down to earth, and I find it easier to relate to her because she’s been there,” she says.

Mentoring is a deep commitment. It does far more harm than good to enter a young person’s life, build up trust, and then abandon the relationship. Sandra Price, mentor coordinator at the David and Margaret Home for Girls in La Verne, explains that in a typical month she gets nearly 30 calls from people interested in being mentors. Of that number, only two or three finish the paperwork and go through the process. Price asks potential mentors to be as honest as possible with themselves before committing.

“If a person is not sure about in-depth mentoring, it is better to try one of the many shorter-term alternatives, such as tutoring,” she says.

The process to become a mentor, which typically takes six to eight weeks, includes a background investigation, tuberculosis test, reference check, interview and fingerprints. The mentor is also asked to provide a one-year commitment and at least two scheduled monthly visits.

Kim Kunkel, 27, who is a mentor to Michelle at David and Margaret, remembers the lengthy process.

“I thought I would just sign up and get a girl,” Kunkel recalls. “But now looking back, I think it is important not to rush into it.”

Kunkel works two jobs and attends Cal Poly Pomona to obtain her teaching credential in special education. She admits it takes some time out of your schedule.

“But if you’re up front and honest about your schedule, it will work out. The important thing is to be steady. They need consistency,” she says.

Michelle, Kunkel’s mentee, is following in Kunkel’s footsteps. She has recently graduated high school, holds down two jobs and is starting college in the fall.

“Kim gave me hope and inspiration. I saw life in a whole new perspective,” Michelle says with enthusiasm. “I know I can do whatever I set my mind to.”

Activities shared by mentors and mentees range from going to the beach and in-line skating to eating and just hanging out.

“I am on a limited budget, so we do all kinds of stuff that’s cheap or free,” Kunkel says. “Sometimes you have to be creative, but they love that.”

“They don’t care what you do, just be with them,” she adds.

In a landmark study conducted by the Harvard Mentoring Project, 1,000 young people on the waiting list of Big Brothers, Big Sisters of America-mostly urban youth aged 11 to 15-were randomly assigned to two groups. Members of the first group were assigned a mentor; members of the other group remained on the waiting list. Typically, the mentors met with the young people three times a month, with the average meeting lasting four hours. Comparing the two groups 18 months later, the children with mentors were 46 percent less likely to begin using illegal drugs; 27 percent less likely to begin using alcohol; 53 percent less likely to skip school and 33 percent less likely to engage in violence. Rather than focusing separately on discrete problems such as alcohol and other drugs, school drop-out, youth violence and teen pregnancy – all of which may affect the same child-the strength of mentoring is that it deals with all these problems simultaneously by addressing the needs of the child as a whole.

Kunkel says she gets a tremendous amount of satisfaction out of knowing that she is making a difference in another person’s life. But she admits the relationship is not one-sided.

What a Mentor is:

a guide
a friend
a listener
a coach
a responsive adult

What a Mentor is not:

Reprinted with permission from the National Mentoring Partnership, Washington D.C. 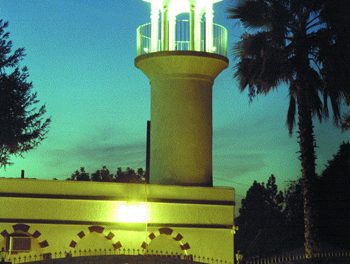