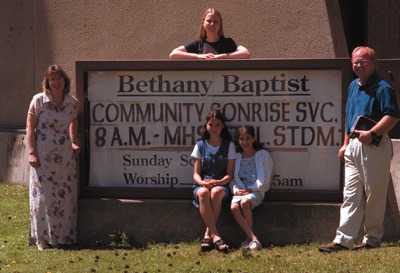 It looks like a simple blue and white house from the street. Fresh grass and flowers line a white picket fence that leads to the house that fits nicely in the suburbs of Claremont.

Inside lives a family who dedicate its lives to helping children who otherwise would have a slim chance for a bright future. Pictures cover the walls of different foster children who have come to live with the Daugherty family over the years.

Many children in the United States are taken out of their homes every year due to physical and/or mental abuse. These children have no one to love and nurture them. Becoming foster parents is something that Chuck and Kathy Daugherty decided to do a long time ago.

“We always had thought about it. You know, one day maybe wanting to become foster parents,” says Kathy. “It was pretty much a calling with us. You just get this desire to do it and it comes from the heart.”

People choose to become foster parents for several different reasons. Whatever those reasons may be, everyone who decides to become a foster parent has the chance to change a child’s life for the better.

“A lot of people can’t have their own children, so this is a way for them to reach out to different kids,” says Deena Robertson, director of the David and Margaret Home in La Verne. “Others do it for spiritual reasons, because they feel it’s important to give back and help others. They don’t like to see children being hurt.”

Chuck and Kathy have been married for 27 years and have five children: Eric, 23, Sean, 21, and Laura, 18, who are their biological children, and Adriana, 14, and Nicole, 11, who are their adopted children.

Adriana was 18 months old when she came to live with the Daugherty family. One year later, they were told by their social worker that Adriana’s biological mom was pregnant again, and she wondered if they would take the newborn baby.

“The social worker said that they wanted to keep the siblings together, so we decided to say yes,” says Kathy. “We got Nicole when she was 3 days old.”

Adriana and Nicole have been together since Nicole was born. When Nicole came to live with the Daugherty family, Chuck and Kathy had their hands full with five children. It is the mission of the David and Margaret Home to keep siblings together if it is in the best interest of the child, officials say.

“If the siblings do not get along and living together is not in their best interest, then we try to place them in separate homes that are a short distance from each other,” says Robertson. “We do this so the siblings will still be able to see each other.”

“It took the courts four years to release Adriana and Nicole for adoption. They were 5 and 7 by the time we signed papers to adopt them,” says Kathy.

Many people do not realize how to become foster parents. Chuck and Kathy discovered the David and Margaret Home one night during dinner.

“We were sitting at the dinner table one night and saw the David and Margaret Home in the paper recruiting people to be foster parents,” says Chuck. “What sparked my interest was that it was so local,” Kathy adds.

The David and Margaret Home is located at 1350 Third Street in the city of La Verne. The home, founded in 1910, first served as an orphanage for boys and girls.

“I think there is something that a lot of people don’t realize,” Robertson explains. “The David and Margaret Home is very rich in history, and there are several programs offered here. Foster care is just one program out of many.”

The Foster Family Agency was started in 1986. Through this program, boys and girls who are abused or neglected are placed in a stable family setting. This allows the child to be in a positive environment and begins the healing process.

The mission of the home is to offer a wide range of services to the children and their families, which addresses their physical, emotional, educational and spiritual needs. The home is always trying to help children who are the victims of abuse and neglect in their homes. They place the children in foster care and in the meantime, try to help the biological parents of the child rehabilitate so they can be reunited with their child.

“A lot of parents who end up abusing their kids are parents who do not have any resources available to them,” says Shelby Russell, public relations associate for the David and Margaret Home.

There is no guarantee how long a child will be placed in a home. If the natural parents can prove that they are rehabilitating and are suitable parents, then the child may only be in the foster home for a day, a week or a month.

“One Friday night, we were getting ready to leave on a vacation to Carlsbad for a week in our motor home. We got a telephone call that the courts had released Adriana back to her mother,” Chuck explains. “It was like somebody stabbed us in the back; that’s how much it hurt. Within two hours she was gone.”

The Daugherty family felt a great loss when Adriana was taken from them. Three weeks later, their lives changed once again, when Chuck received a telephone call.

“I was at home when Kathy was away on another vacation with our other children. I was up here and I got a phone call from the social worker that Adriana was back in care,” Chuck says. “Did I want her back? Absolutely.”

Later that night, Adriana was reunited with Chuck and the family in Balboa, Calif. She never had to leave the family again, and 18 months later Adriana met her new sister, Nicole.

Over the years, the Daugherty family has cared for five different children whom they did not end up adopting. Ryan and Mary were only a few days old when they were taken to the family, Jessica was 3 months old; Melissa was 18 months old and Britney was 1. Each child lived with the family for different periods of time. Whether it was 3 months, one year or two years, the Daugherty family generously opened their home to these children.

“My parents were giving these kids a better life,” says Laura, 18, the Daugherty’s youngest biological daughter. “I would always try not to get attached to the children, even though I would get attached. I would tell myself that these children are not going to be staying here.”

The emotional toll of losing a young child after becoming attached is difficult.

“All of our children would deal with their grief differently,” says Kathy. “Some would cry, some would act weird and some just wouldn’t talk.”

The David and Margaret Home employees have consistently been there to see the Daugherty family through their tough times. The family shares a close and ongoing relationship with different people who work at the home. Linda Levshin is one employee who has been in direct contact with the family from the beginning.

“Three months after Kathy had come to the home, I was hired. So we were new together,” says Levshin. “I was new in the field, and they were new foster parents. So we learned together.”

Foster parenting can be seen as a painful experience when families get torn apart, but it is also full of a sense of accomplishment and the ability to give someone else a chance at life. Many people have supported the Daugherty family in their efforts to give their five children a comfortable lifestyle.

“Our church has gotten so involved with our family. They are always encouraging us and are very supportive,” explains Kathy. “Extended family members and friends are also very supportive.”

The family has explained how painful it can be to become a foster parent, but they also demonstrate how to get through the painful times.

“We try to psychologically use our faith to deal with our hurt. I’d rather hurt than them,” says Kathy. “I’m an adult, and I can rationalize it out, and they can’t if they’re a baby. You know, they can’t understand why someone is not feeding them or changing their diapers.”

Kathy has many stories to share with people about her years as a foster parent. She has inspired several other families to explore becoming foster parents because of how inspired she has been by the children who have come into her life.

“Kathy was always good at talking to new foster parents and sharing her experiences,” says Levshin. “She has encouraged people to do it because they saw how passionate she was about fostering.”

The David and Margaret Home has successfully placed several children like Adriana and Nicole in homes with people who can love them and provide them a stable future. There is also a residential program at the home. The original orphanage at the home was coed. However, the residential program is now for girls only.

“The overall objective of the residential program is to assist each girl in reaching different goals,” says Robertson. “Here, the girls get some family life, but it is more structured. They are told when to go to bed and when to get up. They receive therapy at least once a week.”

Levshin said that being a foster parent is so rewarding because “the thought that you are helping someone, not just a child, but a whole family unit to get their act together, is very rewarding.” 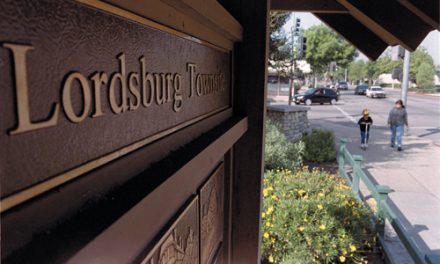 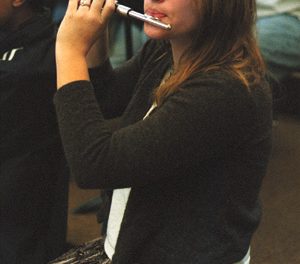 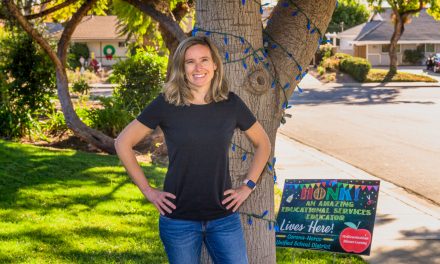