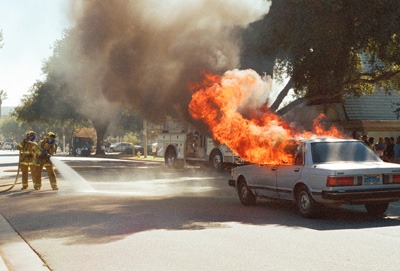 Attacking the flames that they originally set, Firemen Jason Lopez and Evan Sornborger stage a real life Safety Day demonstration on Third Street with a junkyard car. For nine years, the La Verne Police and Fire staffs have packed the day with special events to teach children about safety, to meet safety department personnel and to have a day of family fun. / photo by Natalie Fowle

Flames and dark smoke rolling in the sky created the right stage for the alarming sound of sirens announcing that fire trucks were near. The firemen, adorned with professional equipment and masks, fought the incessant flames of a fire they themselves had set.

During the last nine years, the La Verne Fire and Police Departments have dedicated an October day to the safety of the community. The purpose of this event is to present the community with many safety alternatives in case of a fire or other type of emergency.

Approximately 1,500 people from the La Verne community recognized Fire Prevention Day, held Oct. 14. A large percentage of those in attendance were children, who had the opportunity to take a closer look at the equipment and the preparation required to be firemen and policemen.

Safety Day is also when the fire and police stations open their doors to the community to present alternatives in prevention and protection against hazardous situations. This is made possible under the sponsorship of private and public agencies such as 911 Emergency Service and the Gas Company.

Throughout the day, these agencies provide the public with informative and instructive pamphlets that contain information, such as what to do in case of an earthquake, how to teach children to dial an emergency number and how to react during a fire or police emergency. David Marshall, representative of the Gas Company, says, “I’m here to promote safety from the Gas Company, to try to educate the customers on the proper use of gas and what to do in an earthquake.”

The 911 Emergency Service provided a 911 simulator that allowed individuals to learn how to use the emergency number. La Verne fireman Dave Castenon summed up the event by saying, “Safety Day is basically education.” He also emphasized the importance of preparing young children with basic information in case of emergencies.

As part of Safety Day, the doors of the fire station were opened; equipment was on display at the station; and demonstrations were given on fire extinguishers, vehicle rescue, fire evacuation drills and repelling fires.

The most exciting demonstration of the day was when the firemen set a car on fire and presented a demonstration of what a real fire is like and how it is controlled. The firemen placed an old car with firewood inside in the middle of the street. Cautiously, the car was set on fire with a torch. The residents of the La Verne community felt the rush of heat from the sidewalk. A fire truck with a screaming siren quickly approached the scene. Firemen jumped off the truck and faced the flames. Despite the melting temperatures and choking black smoke, they searched the car for people. On the other side of the side walk, firemen awaited to extinguish the fire before the car exploded.

People gathered on the street to enjoy and learn from this demonstration. The voices of amazed toddlers and young children broke the silence. “Look, mommy, the car is on fire” or “Look, mommy, there’s a fireman” and, proudly, “I want to be a fireman.” Brian Novak, a father of two, says, “Kids need to see what a fire really does and how to be safe.” He says he will always bring his children to this event because they are entertained as well as educated.

The person responsible for the success of Safety Day for the last six years is Captain Mike Thompson. He says that even though this event takes a lot of his time, he really enjoys doing things for the safety of the community. “During the years, children have come to me and said, ‘Oh, I saw you; you are the fireman,’ and that is the best recognition of my job.” 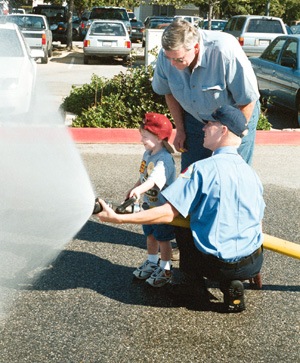 The Fire Department also hosts programs within the local schools that teach children safety procedures, so that Safety Day is reinforcement to those presentations. Surprisingly, this is not the only traditional activity that the La Verne Fire Department offers. Throughout the year, blood pressure checks are given, along with activities such as the 911 Share Bear Program, which brings more than a 100 teddy bears to children who have witnessed or been involved in traumatic experiences.

The firemen maintain Christmas traditions for the La Verne community, which began 75 years ago with one Santa Claus, a fire engine and a few sacks of candy. Now, with the growth in the community, five Santas, five fire engines, and 10,000 sacks of treats are needed. The preparation for the Christmas program starts on Dec. 23, when the firemen and the 86 volunteers, using their long-time experience, form an assembly line and distribute 50,000 pieces of candy, 10,000 apples and 2,000 pounds of peanuts into the little sacks. From 6 p.m. to 5 a.m. on Christmas Eve, the fire station is converted into “Santa’s Factory.”

On Christmas morning, the firemen start the special day with their traditional pancake breakfast. After breakfast, Santa gets into his modern fire engine “sleigh” and drives around the city, bringing many smiles to the community children. As part of the tradition, hundreds of people of all ages await anxiously and impatiently for Santa to come in his modern sleigh. Captain Don Johnson, who has participated in this event for 29 years, says, “We have people in our city who have gotten a bag of candy for 75 years. They are old folks now, but they’ve gotten one every year.”

Fundraising is essential in making such programs successful. Since no budget is provided by the city, all funding is the responsibilty of the Fire Department. Firemen also sacrifice time away from their families. Ed Fenneman, chief of the La Verne Fire Department, says that the time away is rewarded with hundreds of smiles from the community on Christmas morning. “After we’ve been doing it for a few years, our families kind of accept that dad is going to be gone for half of the Christmas morning,” says Fenneman.

Safety is a priority for emergency service personnel in La Verne, and when the flames rage in October on Third Street, it is one of the few times of the year when children and firemen both can smile. 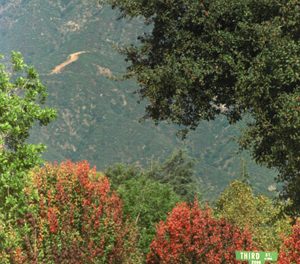 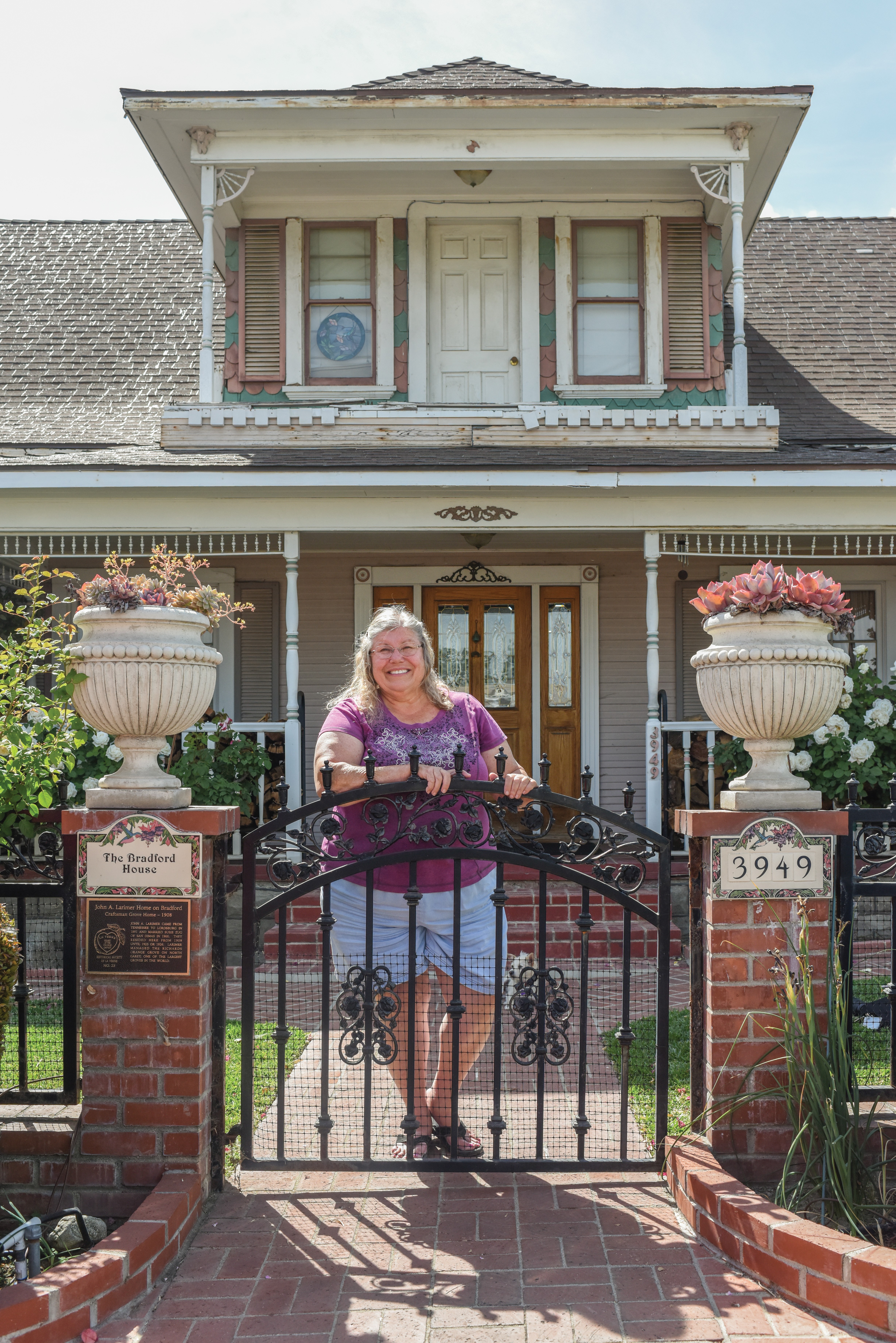 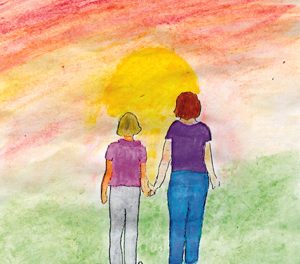