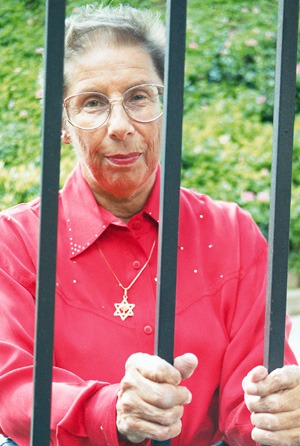 In pursuit of eliminating hate, Gabriele Silten uses her story as a child survivor of the Holocaust to educate both the young and old. She hopes her story can help illustrate the dangers of hate and intolerance of others. / photo by Liz Lucsko

A survivor can be defined as an individual who not only beats the odds but also as one who has the courage to share her story in order to educate a generation. Such is the case for Holocaust survivor Gabriele Silten. She has taken the terrifying and painful memories of her childhood and dedicated much of her adult life to sharing her story so that others may remember.

Her story begins in Berlin, Germany just as Hitler was coming to power. Her family quickly decided to relocate to Holland in 1938 as Silten explains, “to flee National Socialism.” Her parents chose Holland because it had been neutral in World War I and was expected to remain neutral during World War II. “That is where we were caught when the war started. I was almost 7. My parents tried to explain to me what it was all about, but it was a difficult thing to explain to a 7-year-old,” she says.

With the beginning of the war and Nazi occupation of Holland, came many rules and regulations for Jewish citizens. One of the many rules was that all Jewish children would be required to attend Jewish schools. Gabriele says, “We were essentially torn out of our old school, losing all our friends, getting new schools, new teachers, new classmates.” Within a year or two, food was becoming harder to obtain, and yet Gabriele and her family were still able to manage.

In 1943, the Nazis began going from house to house and rounding up all the Jews they found, including those who were in hiding, and deported them to various concentration camps. “That is exactly what happened to us on a Sunday morning in June of 1943. We did not know they would be coming that day, but we knew they would be coming at some time. So we had backpacks and suitcases ready,” She recalls. It was not until years later that Silten found out that her family had a chance to go into hiding. Her father knew that going into hiding meant that the family would have to be separated, so he decided to keep them together and out of hiding.

Silten and her family were deported to Westerbork, a concentration camp roughly 80 miles east of Amsterdam. “According to the Nazis, Westerbork was a transit camp, and it was in a way just that-people were transported from there to the larger camps like Auschwitz.” Every Tuesday morning, the trains would leave Westerbork, transporting people to the other camps. Every Monday night, the lists of those to be relocated were posted. There did not appear to be an order as to who was chosen to be moved. Some left within a few weeks while others remained there for the entire five years of the war.

“Westerbork was the typical concentration camp with the barbed wire around it and the watch towers,” describes Gabriele. Food was scarce, and, although packages were allowed to be received, that did not necessarily mean they were delivered. Westerbork had big rooms that housed about 300 people. The men and women had separate sleeping quarters but were allowed to see each other during the day. As was typical in most concentration camps, all the adults had to work. However, the children were not required to work, and no formal schooling was provided.

In January 1944, Silten and her family were transported to Theresienstadt, a concentration camp in Czechoslovakia . Theresienstadt was very different from Westerbork. Theresien-stadt was originally built in 1780 as a small city for soldiers to live in during training. The buildings were stone, and the roads were unpaved. Like a fortress, the camp had thick walls surrounding it. No changes were made to update the facility at the time, despite the need for better plumbing. The only heat came from small wooden stoves placed in the barracks.

By fall 1944, children over the age of 10 had to work in the camp. There was really no apparent process in assigning jobs Silten explains. “I was assigned to be a messenger while my friend who was the same age was assigned to repair roofs.” The climate at Theresienstadt was similar to Westorbork, although it was a bit dryer due to the lack of nearby lakes or oceans. The winter of 1944 was one of the coldest Europe had seen in a long time. There was little or no heating, and some were even housed in the attics of the barracks where it was quite drafty and the wind and the rain would often make its way inside. “There were openings on all four sides of the barracks, so the wind just whistled through, snow came in, rain came in, dust came in-you name it-it came in,” she recalls.

“The two main problems in both camps were hunger and disease,” Silten says. Food was limited, and people would literally starve to death. Without the proper nutrition, the immune system would be compromised, and many people contracted diseases. Other people who were brought in from other camps also brought diseases and parasites such as lice and fleas. “Theresienstadt itself had bed bugs that were located in the wood. Through bug bites, you could get infections, and at that time there were no vaccinations; things like penicillin were not even invented yet. Not that the Nazis would have given them to us, but it wasn’t there.” Adding to the problem of disease was severe overcrowding, which made it very easy to contract illness. Theresienstadt was originally built to accommodate 7,000 people; at the time Gabriele was there, it was housing more than 60,000 people.

In May 1945, the Russians liberated Theresienstadt. The prisoners could hear fighting in the area, and while the adults most likely knew what was happening, they kept the news from the children. “We were told to remain in the barracks, but since they didn’t tell us why, we wandered about. People think they don’t have to explain anything to kids, but if you don’t, they do what they want. I don’t think that has changed much over the years,” Silten says.

On May 8, 1945, the Russians came in and freed the prisoners. For those who were from Czechoslovakia, they went home; for the others, they were stranded, with no transportation and in many cases no homes in which to return.

Silten and her family stayed at Theresienstadt until the end of June when they were transported to the Czech town of Pilsen, made famous for beer breweries. They, along with others from Theresienstadt who had no where else to go, were housed in an insane asylum. The patients were housed in one part of the building, and those freed from the camps were housed in another. “We thought we had died and gone to heaven; we had beds with sheets, and blankets and pillows. It was wonderful,” Silten explains. Silten, her mother and her father remained in Pilsen for a week and were then transported by a military plane of unknown nationality back to Holland.

Once back in Amsterdam, the family was brought to the Central Station where lists of names were posted indicating whether people had homes to return to. Silten’s father had assumed that they did not have a place to go, but he was wrong. Neighbors from the apartment building the Siltens lived in had told the appropriate officials that they could stay with them. The Siltens remained there for about a year at which time their original apartment became vacant. The apartment became vacant when the same neighbors who took in the Siltens reported that the people residing in their apartment were Dutch Nazi sympathizers. The landlord agreed to rent to the Siltens again, and they moved into their old apartment. The previous tenants’ furniture remained. “From there on, life went back to normal, whatever that meant,” Silten recalls.

Silten’s parents eventually left Holland and relocated to England. After studying and becoming fluent in French, Spanish, Italian, German and English, she followed her parents and moved to England to work. Upon the suggestion of her parents, she came to the United States to try her luck and see whether she could find work. She was happy in the United States because, as she explained, “There were no ghosts here; you didn’t need to walk around and constantly look over your shoulder.” Silten was able to gain citizenship quite easily because she was born in Germany. At the time after the war there was a quota system in place in the United States, and being born in Germany gave Silten the opportunity to receive a green card. Five years after receiving her green card, she was granted citizenship.

Once here, she went back to school to gain a master’s degree. She began teaching at Pasadena City College. Although she primarily taught French, she had the occasion to teach Spanish, German and English to students from other countries. She remained at Pasadena City College for 18 years. Aside from her career as an educator, she is also an accomplished author, publishing a novel based on her experiences, “Between Two Worlds,” and a book of poetry, “High Tower Crumbling.”

She has also participated in numerous lectures on the Holocaust. Her story has been documented by Steven Spielberg’s Shoah Foundation, which seeks to record the story of survivors for future generations. Silten says, “The reason I speak is because it is important to educate people about [the Holocaust], and it is much more meaningful when you can hear the story from someone who actually lived it. The second reason has to do with prejudice, and prejudice exists everywhere for whatever reason and not just against Jews.”

In the years following the war, there was almost a code that survivors would speak in. Rather than asking whether or not someone survived, they would simply provide information about the living. “Nowadays that is different, at least among survivors. We will often ask each other whether or not family members survived.”

Looking back on her experiences, Silten recalls the most difficult part of her ordeal: “That feeling of if I hadn’t been bad this wouldn’t have happened to me. It is a feeling that stays with you, that you will forever have a black spot.”

She also recalls the emotions that she experienced while at the camp. “The feeling of doom was always there, and you knew that when you were saying goodbye to someone that was being transported that you probably wouldn’t see them again,” she explains.

Overcoming the odds. Surviving when others did not. She lived through hunger, disease and fear of the unknown. Rather than turn from the painful memories, she chooses to share her story with others in hopes that this horrible page in history will never be repeated. She believes she survived because she was “luckier” than others. Perhaps she survived for the greater purpose of educating another generation. 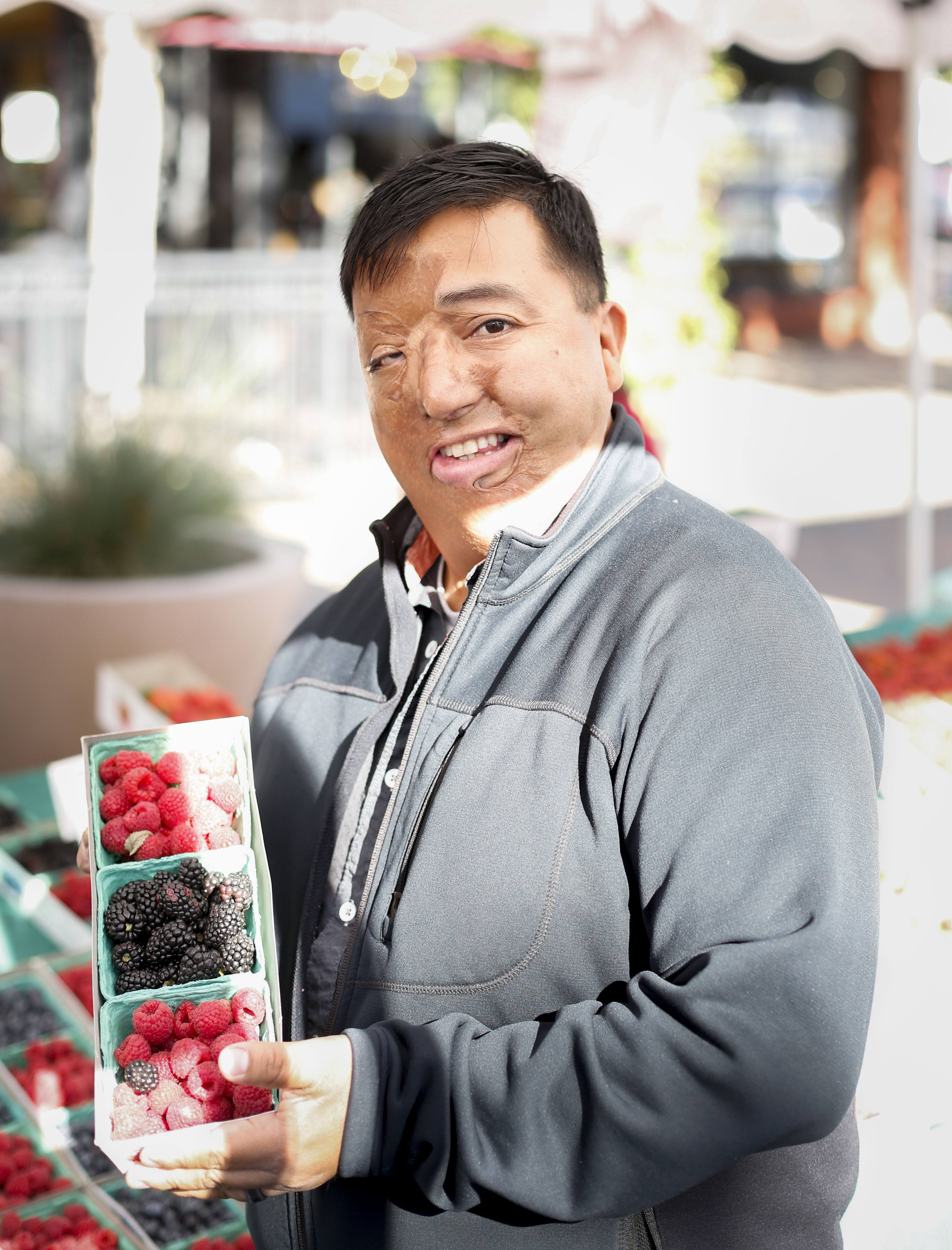 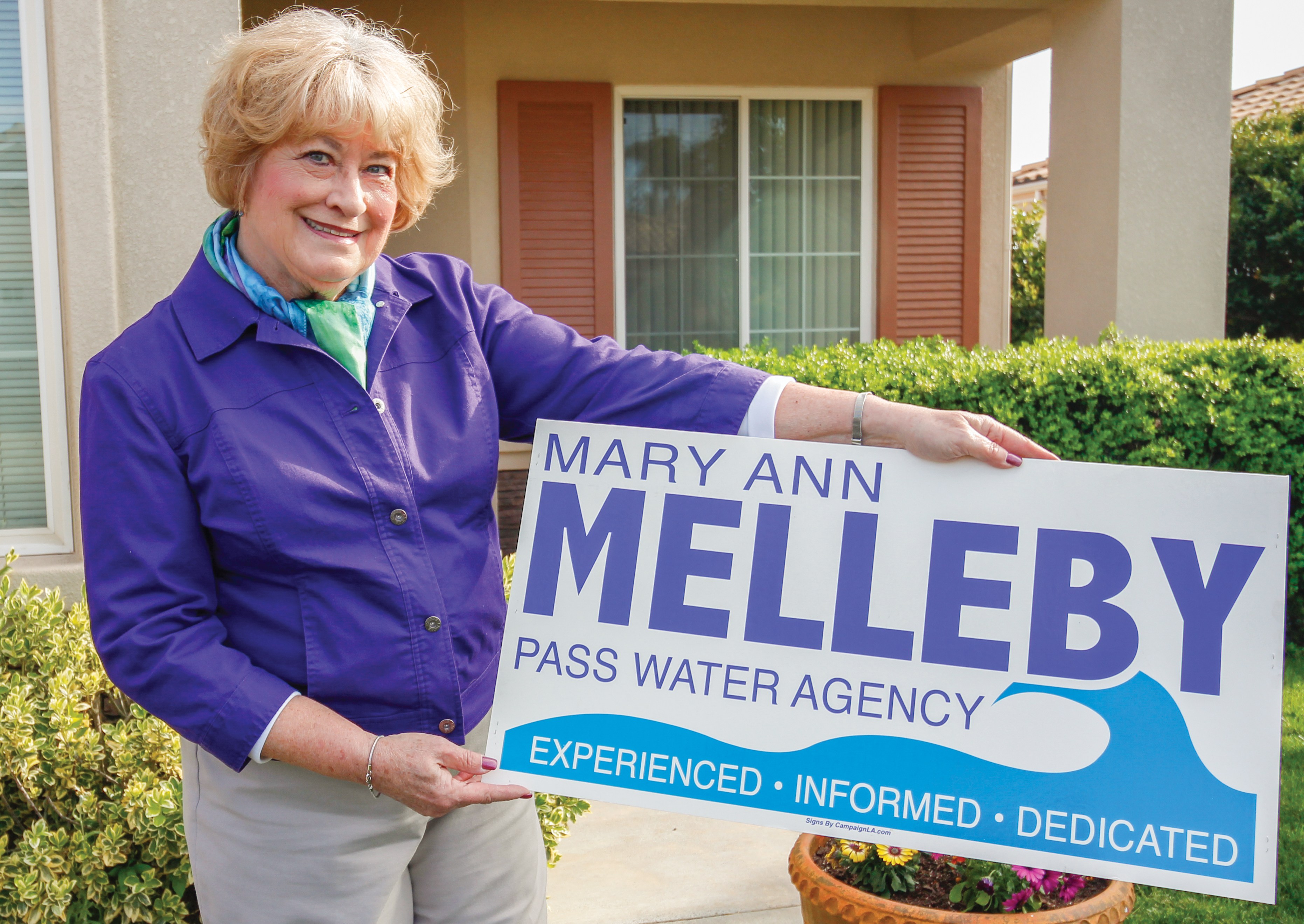 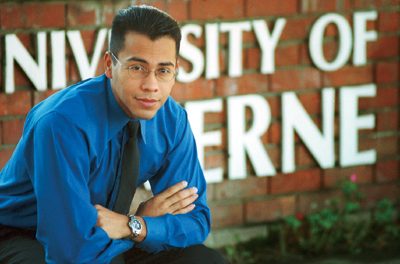 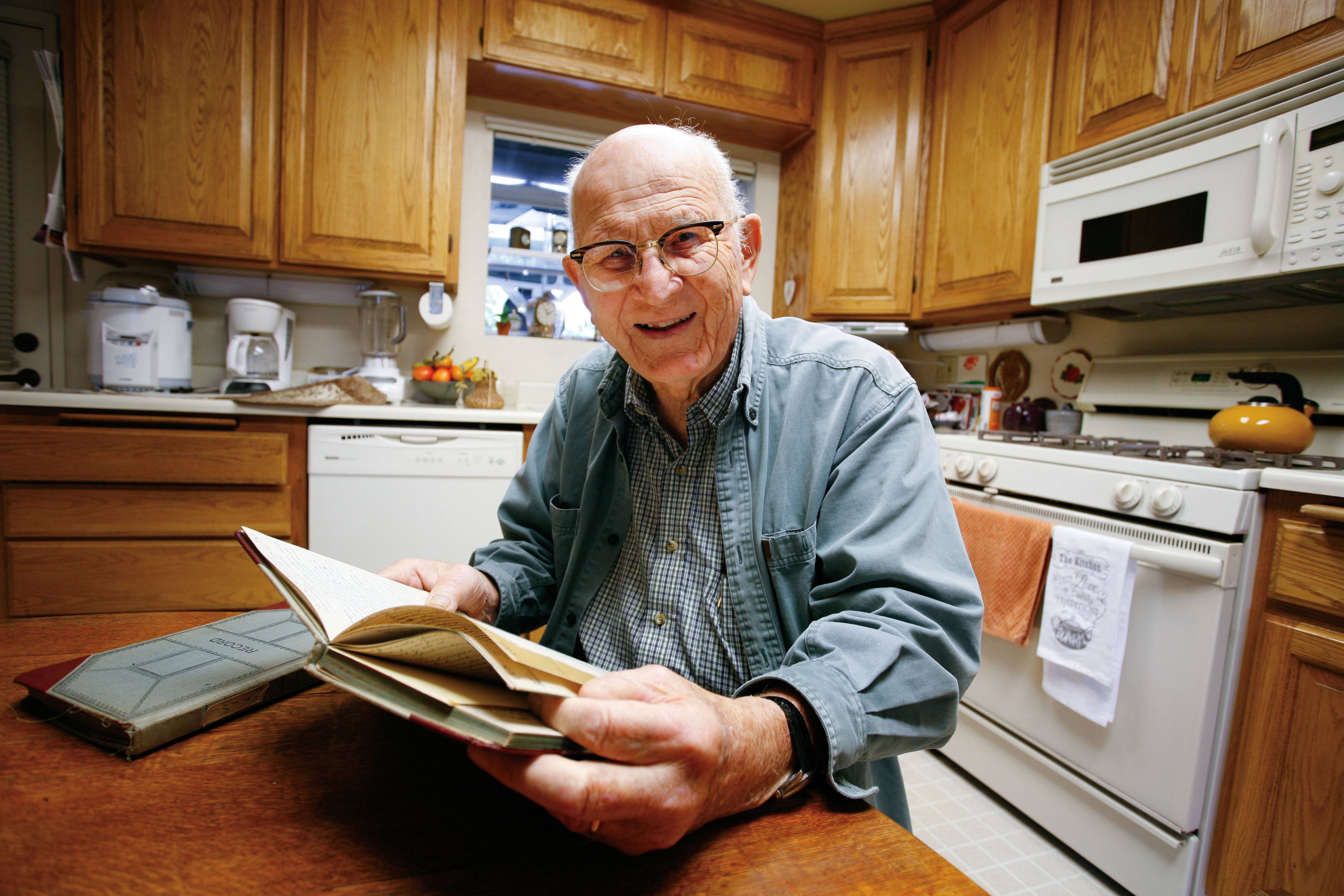