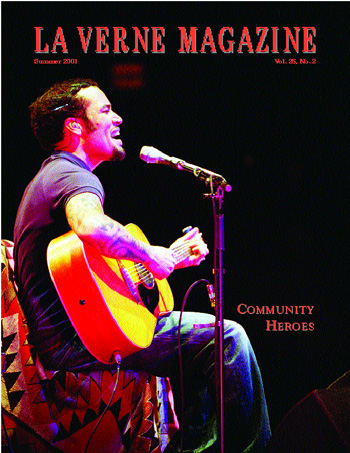 It was a warm homecoming in April for Ben Harper, grandson of Charles Chase, as the Bridges Auditorium crowd solidified his status as a hometown hero and icon. / photo by Tom Galaraga

As Ben Harper watched the floodlights at the Bridges Auditorium give the stage its historic shape on a peaceful late evening in April, he had to realize that he had not just made a routine trip to his hometown. This time, Claremont’s city limits were not the anticipated sanctuary from his career as a nationally acclaimed musical artist. The calamity of magazine interviews and appearances on the Tonight Show did not dissolve with a quick walk down Yale Avenue to his grandfather’s folk music store. This time, the exhilaration of being close to the Bridges stage was different from young memories of being there to see blues performers like Taj Mahal with his brothers Joel and Peter.

This night, an array of colorful lights filled the entire stage to illuminate only a simply dressed Harper sitting on a chair covered with a multi-colored Navajo-pattern blanket. With his signature Wisenborn slide guitar in hand, he looked out into the crowd of fans, friends and family. This was the town where he had learned to love music like few artists do. This was the town where his anger and passion had stirred until it could be poured on music sheets.

“Welcome home Ben!” said an excited voice from the crowd. “Thank you,” said the artist simply. “Thank you so much. I feel like we should just have a long conversation or something.” Harper did just that-he spoke to the crowd. After every song, he spoke of time spent with his friends on the corner of Harvard and Bonita Avenues at the PotBelly Deli and of jam sessions with his first band “Thirsty Dog.” As the concert progressed, so did the meaningfulness of his recollections. Then, he paid an emotional tribute to Jack Knapp, one of his teachers from Claremont High School.

“I was in the middle; I wasn’t great – I wasn’t bad,” said Harper with a half-cracked smile and a steady gaze at his Wisenborn. “But there was one teacher who made me feel like I was straight A’s. It’s a shame there was only one. His name was Jack Knapp. Every student he touched will always be affected by him. When he passed, I wrote this song for him.” He sang a ballad entitled, “Pleasure and Pain” that recalled the emotions he carried many years before.

The whole audience was captivated-even one gentleman whose long, white beard and fragile body distinguished him from the masses of adolescent fans. His interest in the performer appeared to be different from that of the people around him. An 87-year old sense of hearing made concert-going a challenging experience for him. Despite the difficulties, pride was in his eyes. He was watching his grandson perform. 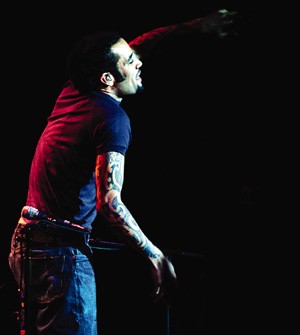 Waving goodbye to the sold-out hometown crowd at Bridges Auditorium, an appreciative Ben Harper solidifies his status as a hometown hero and icon. / photo by Tom Galaraga

Charles Chase just sat quietly in admiration as he watched Ben play the slide guitar that came from his store. Chase’s store was the source for many things in Harper’s life. The array of international instruments that lined the walls was used to record his albums, while the environment of the venue helped shape his inspirations.

Chase remembers pulling his grandson from his part-time job at Vons to offer him an opportunity. “I said to him, ‘Ben, why don’t you come work at our store and learn to play some instruments?’ He said, ‘I thought you’d never ask.'”

Learn he did. Harper worked diligently at learning how to repair and play instruments from all over the globe that were bought and sold at his grandfather’s business. Chase remembers when, at the age of 15, Harper began to write his own music that incorporated the influence of working around a variety of musicians who sought an assortment of sounds and messages in their work. The result: Harper’s albums have gathered a national following of fans with a type of sound that critics have been unable to place in any genre. “Once you give something a label, you can get anything you want out of it,” says Chase. “That’s why Ben doesn’t play the same music all of the time; he plays a variety. That’s because he doesn’t want to be labeled.” 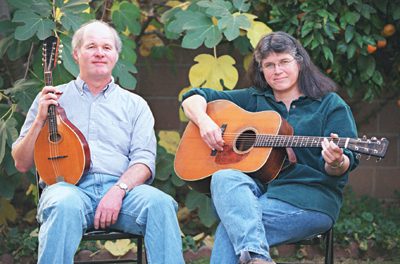 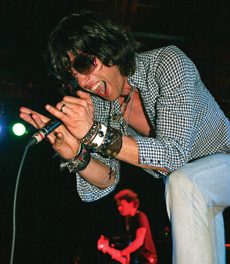 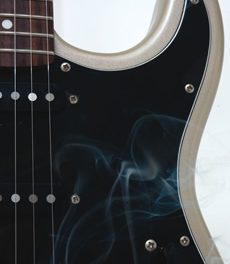 Music Review: Are You Experienced? 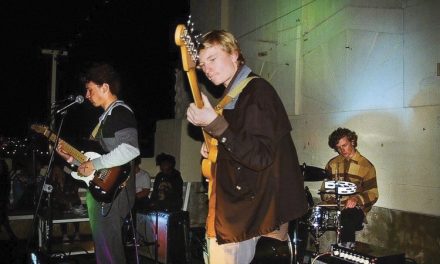