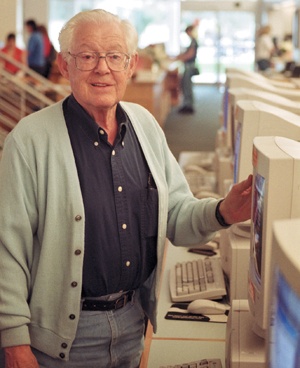 Dr. Ernest Ikenberry, chemistry professor emeritus at the University of La Verne, was one of the first professors to introduce in the early 1970s the new computer age to the campus through “time sharing.” Without monitors, scrolls of paper were used to print out computer communications, received via phone lines and a key board. Dr. Ikenberry now assists at the Hillcrest Homes computer lab.

Dr. Ikenberry is credited with being the first to bring a personal computer to the University. He purchased his first computer at Radio Shack, March 27, 1978. Ikenberry bought a Model One computer with memory 90 kilobytes and 1.2 megahertz. He was also the first professor to teach a computer class at the University.

While the Model One was the first personal computer at the University of La Verne, it was not the first computer used by the students. Before the Model One, during the early ’70s, the University shared an IBM 1130 with the city of La Verne. This main frame computer was located at the La Verne City Hall where the Fire Department is currently located. Students used this computer about five to six years until the city purchased another computer. Dr. Ikenberry says, “The new computer that the city purchased was not big enough for La Verne and ourselves so we had to do something else.”

Dr. Ikenberry and Dr. Arnold then decided to buy a Teletype computer, which used paper tapes to store information transmitted through a telephone connection. A time-share contract was arranged with General Electric; the company had one of the first digital IBM computers located near Los Angeles International Airport. The time-share service was used to send news stories back and forth through the connection. The telephone line connection was pricey because it was a long distance call to Los Angeles. Dr. Arnold recalls, “The telephone bill came out to be about $700.” The University did not want to pay that amount of money every month. Dr. Ikenberry then discovered that General Electric had a local plant in Ontario that ULV could use to connect and dial locally without a charge. “This system was used for about 10 years,” says Dr. Ikenberry, noting that service commenced “some time after 1975.”

The next time-share use by ULV was with California Technical University, which came up with a project that was much cheaper then General Electric, according to Dr. Ikenberry. The University of La Verne received a grant from the Natural Science Foundation; with it the professors bought two IBM terminals, says Dr. Ikenberry. Unfortunately, they were not able to use these computers for months because the Caltech engineers could not get them running, recalls Dr. Ikenberry. This system did not last long because it was on a lease contract.

The University of La Verne once again was faced with the problem of searching for a computer. Fortunately, the Claremont Colleges were starting a computer system during the 1980s in the Seaver Center basement located at Pitzer College. Dr. Ikenberry says, ” The funniest thing was the Claremont Colleges would not use it; they had their own time-share.” The Seaver Center people saw the frustration of the graduate students demanding a computer at ULV, and provided access to ULV students of their DEC 10 computer. The maintenance of this type of computer was highly expensive; it was about $3,000 to $4,000 a month. Dr. Ikenberry says, “That had to stop.” It was too expensive for ULV.

The University of La Verne needed computer access once more. ULV finally bought 13 Model Three Radio Shack computers on a lease contract, with the understanding that after three years, the computers would be owned by ULV. “The monthly cost was much cheaper than using the DEC 10,” says Dr. Ikenberry. These computers had a keyboard and a monitor and were a disc driven computer. They are now antique computers that still work if one desires to use them in the Hillcrest Homes Lab, he says. The University of La Verne stayed with these systems for a long period of time until the IBM compatibles replaced them.

ULV’s science and math departments mainly operated the computers systems that were used from 1970 through the late 1980s. “Everyone was able to use the computers but not many people were interested or knew how to,” says Dr. Jay Jones, now the director of the Office of Instructional Technology and Research.

The Communications Department first utilized a Mac Plus to assemble La Verne Magazine in 1986. Following in early 1987, TRS-80s were used in the journalism lab to produce the Campus Times. A Macintosh lab followed in 1988 to service both publications.

Dr. Jones started to work at the University in 1986. He says he fell in love with ULV but did not like the fact that it lacked in technology. It was a major down fall, because instructors did not have the scientific equipment needed in order to do their jobs adequately to prepare students, he says.

In 1992, it was time for a change. ULV went through many ups and downs in keeping computer systems available for students on campus. Hard fiscal times were finally coming to an end at the school. Dr. Jones wanted the University to engage in the International Network connections. He desired to obtain new technology to increase the knowledge of the students. Dr. Jones was part of the staff who made the Internet, the World Wide Web, and other network connections possible for ULV. The first network that was brought to the ULV was dubbed “Because It’s Time” (BIT), an e-mail system connection. It helped people keep in touch without having to pay a considerable amount of money utilizing conventional sources such as the telephone.

According to Dr. Jones, faculty sometimes lost touch with their colleagues when working at small liberal arts schools. This, he says, was because there were not as many instructors specializing in one area as in UCLA that have five or six instructors concentrating in the same field. Therefore, the revolution of the BIT Net “broke the crippling isolation that characterizes the existence at a small liberal arts school.” It led instructors, to communicate with other instructors all over the world. This helped seniors and graduates with research projects gather more information that is current just by using the e-mail system and querying other instructors around the world about their specific study. The difference within the BIT net and the Internet is that the Internet was designed for military purposes for high level research, and Bit Net was just an exchanging of data through e-mail, used mainly by universities. The BIT went out of existence in 1994 when the Internet took over.

ULV was one of the first schools in the area to be on Bit Net as well as in the Internet, says Dr. Jones. ULV had access before “Redlands and Azusa Pacific and many other institutions around here.”

Present day students and instructors do not worry anymore about having access to a computer system. The hard work of Dr. Ikenberry, Dr. Arnold and Dr. Jones helped bring the computer world into La Verne in a big way. Today, the University maintains under the Office of Information Technology care around 1,050 to 1,100 computers, with the number growing monthly. “It depends on where you draw the line with regard to what is a computer. Some network equipment and instruments essentially have dedicated processors as an integral part of them but are not generally thought of as computers,” says Dr. Jones. Indeed, the definition of “computer” could include local servers, enterprise servers and mini’s, he notes.

When Dr. Ikenberry and Dr. Arnold began working at ULV, computers were something that only elite scientists had accessed. They did not seem to have much of a future, according to Dr. Arnold, because they were so complicated and too much trouble to use. But now ULV probably could not function without computers or the networks that Dr. Jones helped bring to the campus. 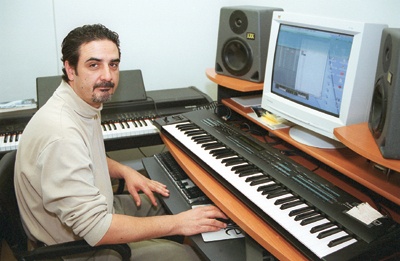 Steve Biondo, Music Department assistant and technical adviser, has spent the last few years acquiring performance and recording equipment for ULV. His hope is that students will eventually be able to perform most of their recording at the University instead of at private studios. MIDI, or Musical Instrument Digital Interface, is a language used by electronic instruments to communicate with each other. ULV uses Steinberg’s Cubase computer software to record and play performance data. By playing a MIDI keyboard, the computer becomes a virtual musician. 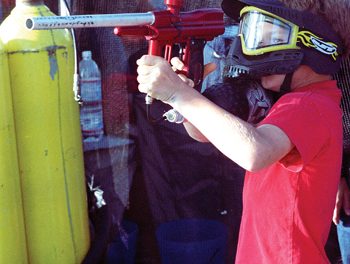