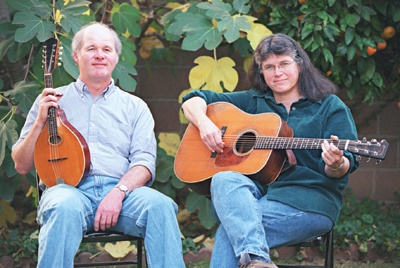 Old time string band musicians Alan and Margaret Davis have been playing together for 30 years. The Davises are La Verne residents and play for specially arranged engagements. / photo by Liz Lucsko

Alan and Margaret Davis perform a unique style of music, guaranteed to make people listen, dance and smile. Their lively melodies drift and awaken the senses. Armed with their instruments and skill, this duo is sure to grab one’s attention.

It was the couple’s love of music that brought them together. Margaret, then a student at the University of La Verne, says she was practicing one day in the piano room when she heard someone playing “Honky Tonk” music on a piano. She investigated, never expecting that the man at the keyboard would be her future husband. After they started talking, Alan asked Margaret out that day. Alan and Margaret have been married for 30 years and have two sons Casey, 21, and Jesse, 18. The two have been playing since 1973, the year they were married. In fact, Alan played his guitar at their wedding-“Peach Picking Time in Georgia,” a country love song from the 1920s. Every time Alan and Margaret hear this song, they say that sweet memories slip into their minds.

Alan received his bachelor’s in English and his teacher’s credential both from ULV. He earned his master’s degree in archeology at the University of California, Riverside. Margaret completed her bachelor’s in sociology from ULV. She then gained her master’s degree from Fresno State in communicative disorders. Today, both are teachers in La Verne. Margaret is a first grade teacher at Grace Elementary School, and Alan is a third grade teacher at La Verne Heights Elementary School.

“We are not a band. It is just my wife and I and occasionally a couple of other people who just play for entertainment,” Alan says. Performance venues include the local Farmer’s Market, Hillcrest Homes, school carnivals, clubs, street festivals and churches. Although they get paid occasionally, the couple assures they do not play for money. They play for the love, desire and passion they have for music. Alan says, “This is purely a fun hobby, not a job.” Adds Margaret, “Playing music is a great thing to do with my husband; it gives me a link to other things.”

Alan says music has always been a part of his life. His grandfather C. Ernest Davis, who was ULV’s president in the 1940s, was also a lover of music. C. Ernest played the fiddle fife, an instrument that creates soothing melodies. Alan’s mom Mildred, a ULV music major, sings regularly and plays piano. His dad Chuck is a connoisseur of radio music; so, as a child, Alan says he was constantly exposed to music. “I feel it is in my heritage to play fiddle music,” Alan says. “I like to play music because it’s fun for me, and mainly because I enjoy doing it. I never play music according to feelings; it all makes me feel good. I play happy, sad, bored and excited; I just play constantly regardless of feelings.”He got his start playing the baritone horn in elementary school, finally gaining a guitar in high school, which he says he fell in love with. “Now, I play everyday trying to learn new tunes.”

“Music is Alan’s life. He is very easy going and uses music to relax him. I am not as dedicated as Alan, but I love music,” Margaret says. “We use music as a social outlet to get together with friends and family. We play music for holidays and at family gatherings. We always play at our family reunion in Oregon; everyone knows to bring instruments.” For Margaret, the guitar also became the instrument of her pride. “Music symbolizes much for me. I have a guitar passed down to me from my grandfather, and when I play this guitar, it reminds me of him,” Margaret says. “Music symbolizes an importance that we as people have. We realize the connection we have to people all over the world. Roots music, which has roots from all over the world, including Africa and Europe, connects us to history and people.”

The couple plays a variety of music on varied instruments. Their favorite is rural music from the 1920s, 1930s and earlier periods. Some call it “old time string band music,” which was popular in the late 1800s up to the early 1930s. Old time string music was common throughout the United States from 1890-1940. This style uses instruments such as the mandolin, fiddle, guitar and banjo., says Alan. The couple’s music is inspired from North America, Africa, Spain and the British Isles. And while the music is mostly based on tunes and instruments from the British Isles, it eventually transitioned to blue grass and rock and roll music. “The music we play is what it sounded like in the early 1900s,” Alan says. This music, however, is not to be confused with blue grass. Blue grass music has a strictly defined style and follows specific rules. The music that Alan and Margaret choose to play does not follow those rules. Instead, blue grass is a later and more sophisticated version of the music they play. “We have played it before, not anymore,” says Alan, of blue grass.

Their music is made especially for dancing. The crowd drawn by this music is a mixed-children to older adults. The varieties of songs played include love songs and cowboy songs. “Our songs are mostly done for peoples’ own amusement in rural areas,” Alan says.

When playing old time string music, Alan and Margaret select instruments that each play a specific role. The fiddle plays the melodies, the guitar usually plays the cords and rhythm, and the banjo is played in claw hammer style, which gives the melody a more rhythmic sound. “The old style version of the claw hammer is played with the back of your fingers hitting down, opposed to the up-picking style where your fingers pick up, which is called three-finger picking,” Margaret says.

Alan plays the fiddle, mandolin and the steel guitar, while Margaret plays the guitar and concertina. Their sons Casey and Jesse also play instruments for fun. Casey enjoys Celtic music from the British Isles; he plays the tin whistle and Irish drum. Jesse likes the blues and rock and roll; he plays the electric guitar and electric bass. Margaret feels she played a major influence in her sons’ avid interest in music. “A special communication is given through music. When I was pregnant, I played a lot of music, specifically guitar, which was close to my stomach,” Margaret says.

If this couple’s music does not make you dance, it will at least make one sit back, relax and just enjoy the joyful vibe. Alan and Margaret’s music is sure to bring across a contagious smile to any of their listeners. 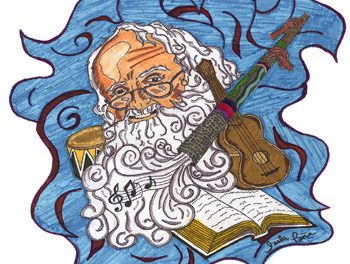 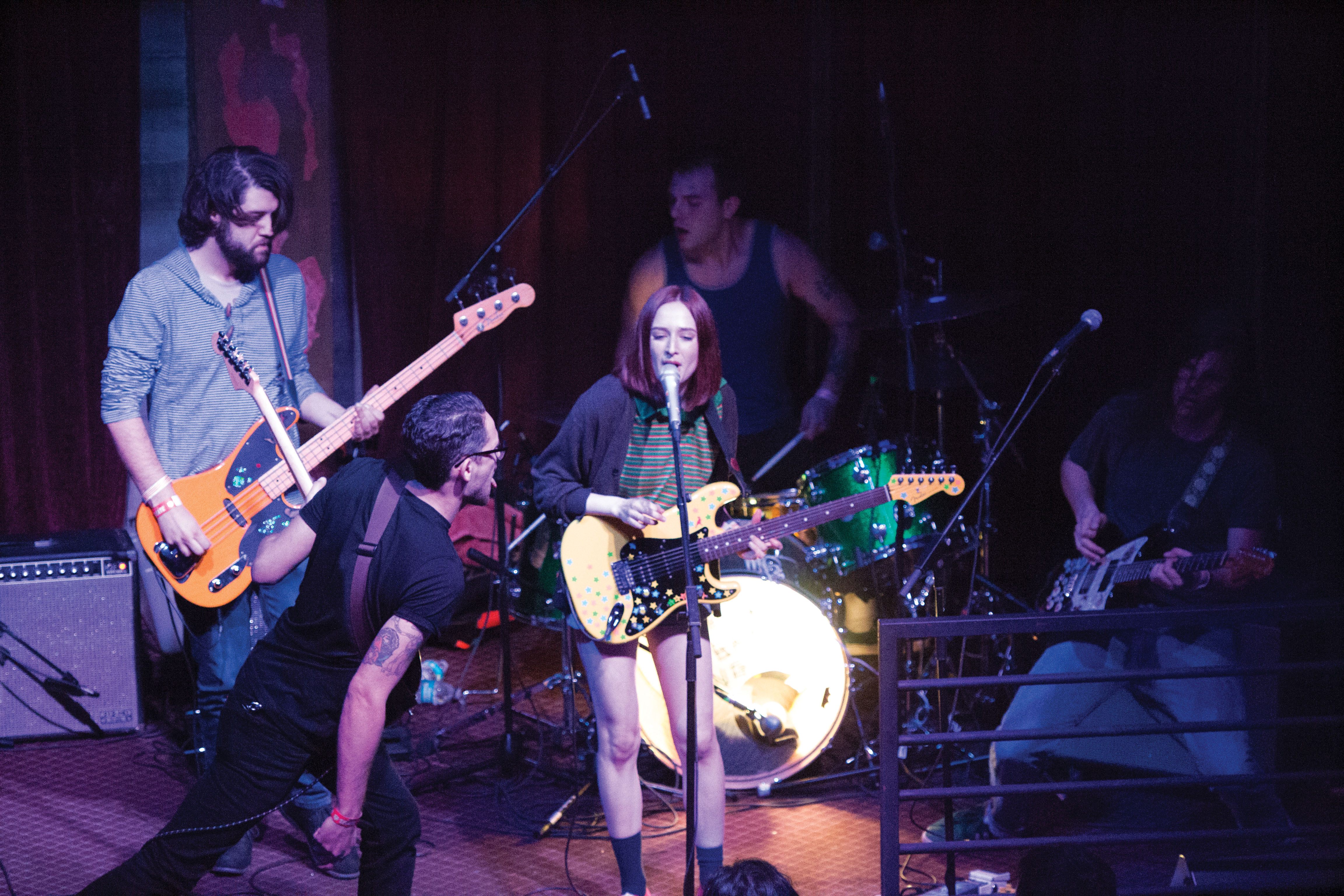 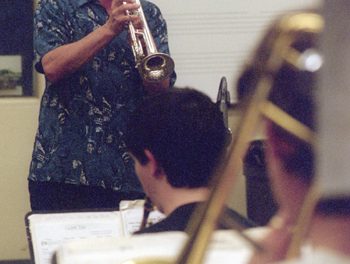 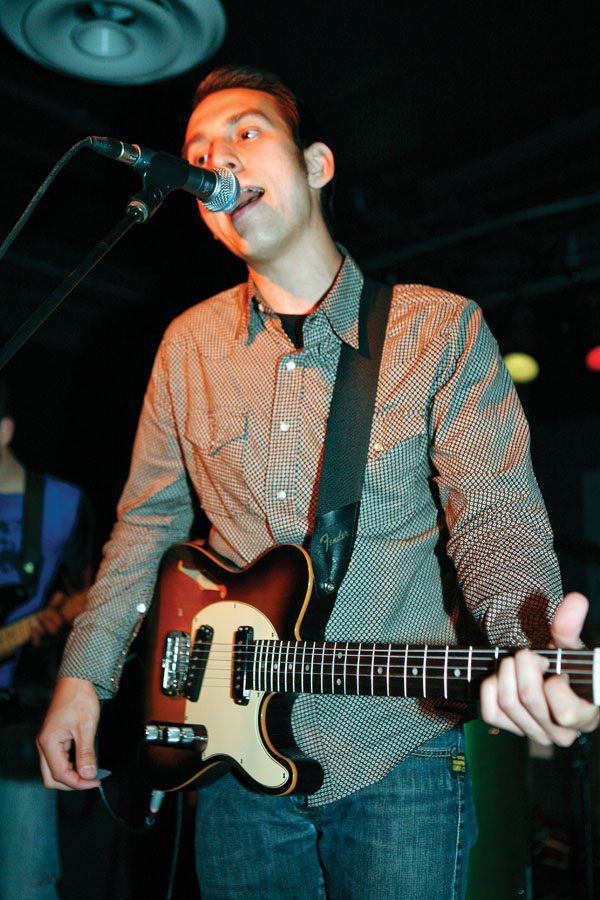 Going down to The Wire