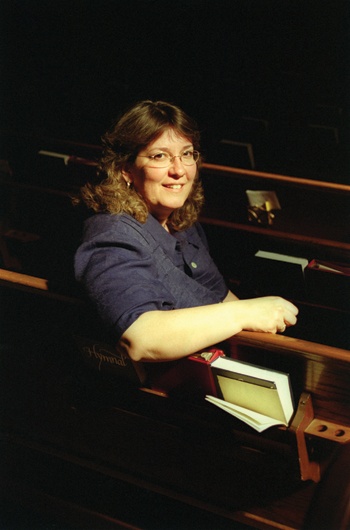 Susan Boyer may be the new pastor of the La Verne Church of the Brethren, but on this ordinary Wednesday afternoon, Boyer’s main priority of the moment is juggling rides home from school for her two sons Matthew, 16, and Brett, 12. “Sometimes it gets a little hectic in the afternoons, figuring out who is picking up who and when,”laughs Boyer.

Boyer’s life, before she became a mother and a pastor, began far from La Verne. Born in Nigeria, she is the youngest daughter of missionary parents. Her father Irven Stern is a minister, and Boyer was raised as a Brethren. She spent her early childhood in Hutchinson, Kan., and later moved to San Diego, where she was a member of the San Diego Church of the Brethren. She attended the University of La Verne and originally intended to be an international relations major. That changed when she took religion classes to fulfill elective requirements. “I was so intrigued. I just loved the material and ended up being a religion major.”Boyer performed summer service volunteer work at the Bakersfield Church of the Brethren. “My being there just felt right; it felt like a fit. That is when I started to explore what it would mean for me to be a minister.”

She credits her family as a major source of inspiration in choosing her profession. “I come from a long line of storytellers. My grandfather was an incredible storyteller, and it runs in my family,” Boyer says. “When I was in college, I used to think of preaching as writing a term paper, and so I did not want to do it. But I found by taking preaching classes and beginning to preach that I just absolutely loved it, and that I had a really important story to tell, the story of the way of Jesus.” She has refined and honed her sermon writing process. “I still have a full manuscript when I go up to preach, just to keep my thoughts organized, but I start out trying to make it apply to something that I have actually experienced in my daily encounters,” she discloses.

Throughout her years of pastoring, she has faced many challenges as well as a multitude of blessings. In January 1998, the 100-year-old building that housed Boyer’s beloved Church in Manchester was destroyed by a fire caused by a faulty kitchen water heater. “I think that was the worst experience I’ve ever had in pastoral ministry, standing in front of my church and watching it burn,” Boyer says tearfully. For the next two years, Manchester College provided the Sunday church setting. “They gifted any space we wanted to use for free for as long as it took us to rebuild our church,” she says. “The whole experience was an example of taking absolute tragedy and turning it into goodness,” Boyer says. “In the end, I think that the Manchester Church is more alive and renewed because of it.”

Then came the opening at La Verne’s Church, in need of a new pastor following the retirement of Charles Boyer (no relation). Boyer’s decision to apply for the position came at a pivotal time in her family’s life. “My family wanted a change,” Boyer says. “My oldest son was just entering high school, and Manchester is such a small town that I think we all wanted some anonymity.” Moving to California from Manchester was like “coming home” for Boyer and her husband Brian, whom she met at the University of La Verne, where he was her dorm resident adviser. While she and Brian were once California residents, their two sons were not, and the move was a major adjustment for them. Boyer’s love and commitment to her family helped make the transition a smooth one. “I think the move was difficult for them, but they seemed to be up for the challenge,” she says. “The first six months were tough, but now we all feel that this is home.”

Dr. Alfred Clark, University of La Verne associate vice president of academic affairs, served as Church moderator and a member of the pastoral search committee. “The process of finding a new pastor is a very structured one,” Clark says. “We received 20 applications and only interviewed three candidates.”

Dr. John Gingrich, ULV’s former dean of arts and sciences, was also a search committee member. “I taught Susan back when she was a student here,” Gingrich recalls. “We chose her because she was previously a member of our congregation and now, 17 years later, she has returned to us with a lot of experience under her belt.” Gingrich adds that Boyer’s main asset to the congregation is her extraordinary preaching ability. “She challenges you intellectually in her sermons,” Gingrich explains. “She has the ability to motivate the congregation and touch you emotionally.”Clark says, “Her messages to the kids are always biblically based, but amazingly innovative.”Clark remembers a recent message where Boyer taught the lesson of not judging people by appearances. “She used a can of spinach and a can of peaches and asked the children which one they’d rather open. Of course, they all picked the can with the peaches label. When Susan opened the can, the labels had been switched, and the children were shocked.”

Boyer’s ability to be non judgmental also pertains to hot button issues. Her open stance on homosexuality came under fire last year, with the Manchester Church’s decision to accept same-sex covenant ceremonies in its congregation. Controversy arose at the Church’s Youth Conference 2002, when members of the Southeastern District Board of the Church of the Brethren instructed their children not to attend any seminars conducted by Boyer. “They don’t like me very much,” Boyer says. “But, what they don’t understand is, it wasn’t only my decision, but a decision of an entire congregation.” Gingrich adds, “We respected her stance on inclusivity when we were searching for a new pastor. She is a great presence in our community.”

One of Boyer’s passions has always been working with youth. She is an invited regular speaker at the Church’s National Youth Conference, held every four years. “My favorite preaching experience has been at the National Youth Conference,” Boyer says. “There are 4,000 really excited people. They give you a huge ‘preach it’ wave, and it is just really cool,” she fondly recalls.

She is also ardent about demonstrating for peace. The Church of the Brethren is one of three peace denominations, along with the Mennonites and the Quakers. The Church follows an annual conference statement that “all war is sin.” The vast majority of Brethrens do not enlist in the military due to this belief. Boyer has participated in spring 2003 anti-war protests on Indian Hill and Arrow Highway in Claremont holding a sign that reads, “Not in my name.” She stresses that it is important to be a witness. She also believes in writing letters and doing whatever it takes to make it known that there are people in this nation who disagree with the war in Iraq. “I believe in being a peaceful witness, though,” Boyer says. “It doesn’t make much sense to be an angry witness for peace.”

Since moving back to California, she has nothing but praise for her new La Verne congregation. Boyer confides, “I feel absolutely privileged to be a pastor here. There are days I just can’t believe how lucky I am. I just think that God must love me a lot to let me be able to be in the midst of people’s lives in times of great trauma and great celebration, because those are such sacred times. I am just so glad to be here.” 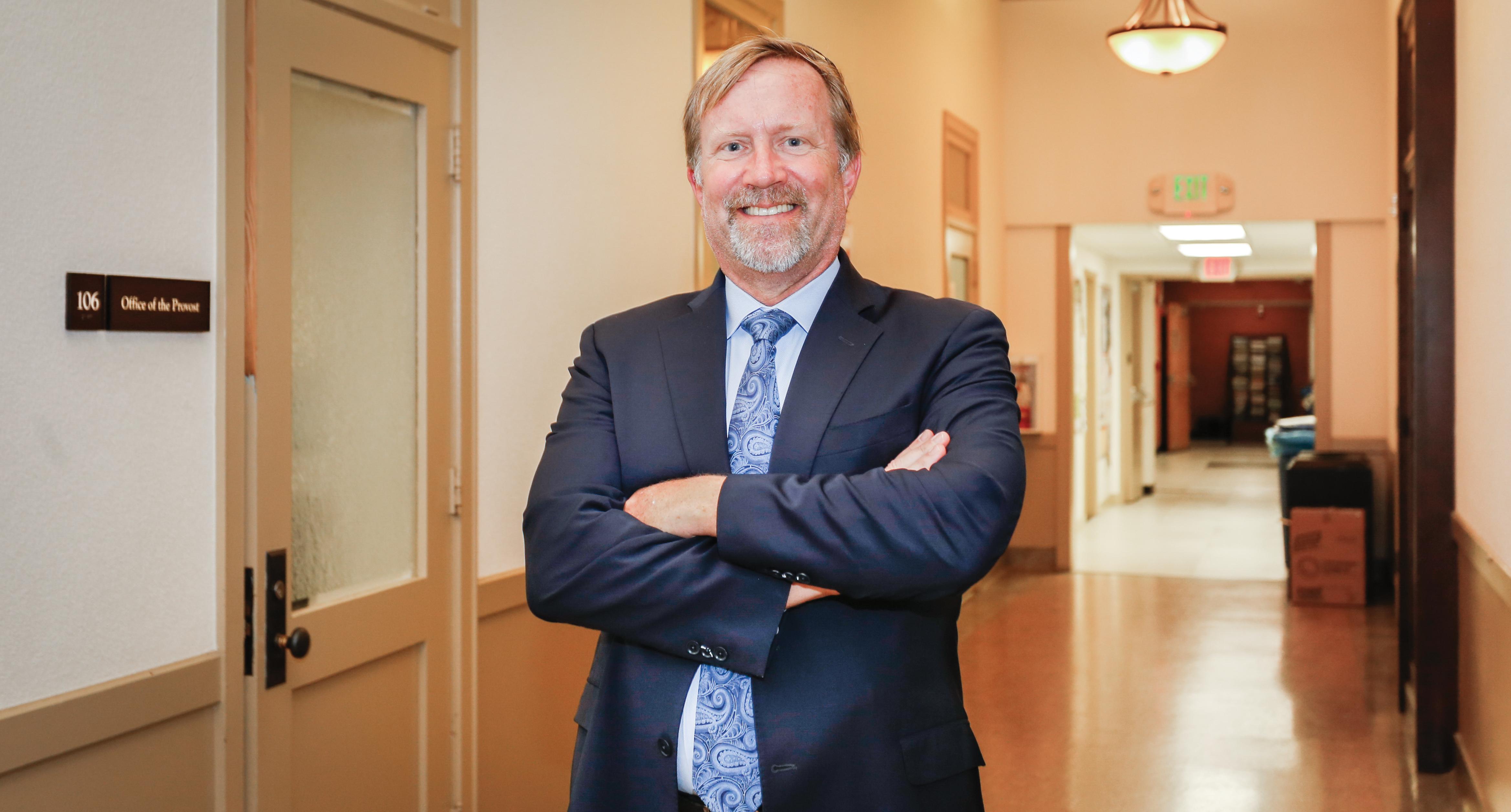 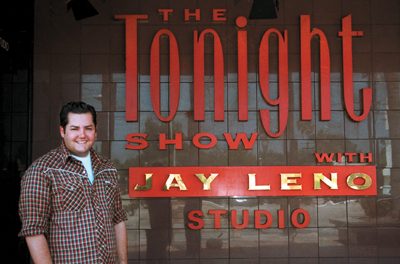 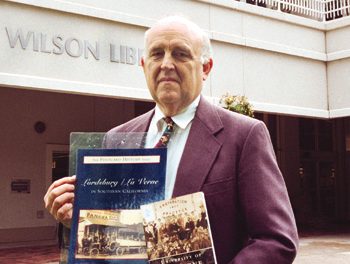 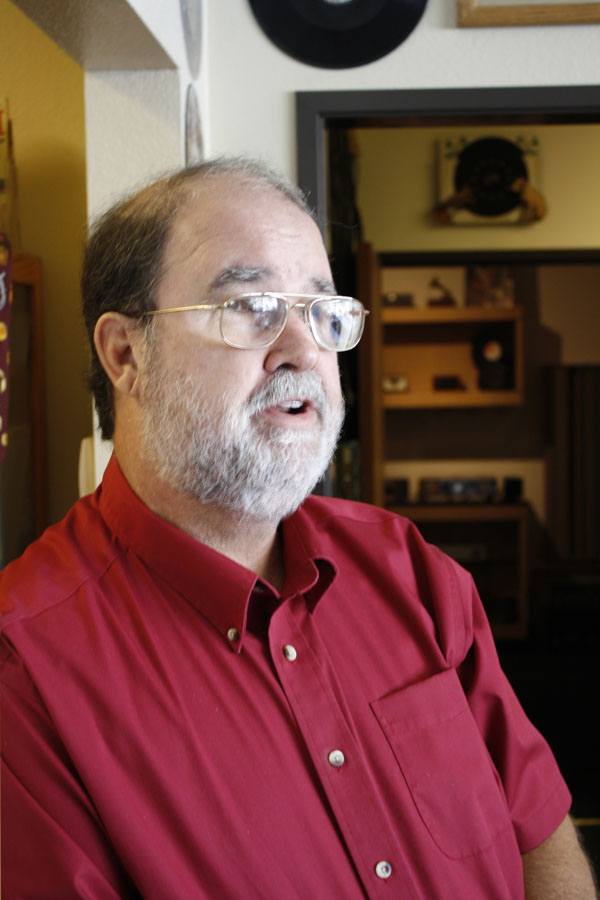