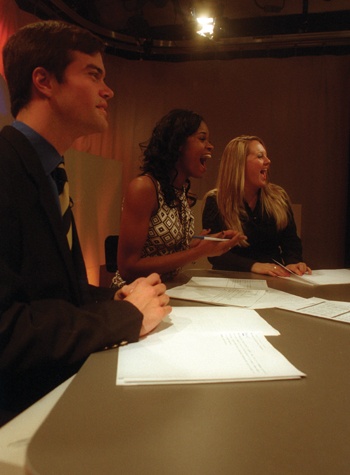 Shining in a different spotlight from most University of La Verne seniors, Eye on La Verne co-anchors Nathan Baca, Nya Center and Amanda Stutevoss are all smiles just moments before airtime. / photo by Jason Cooper

Lights are on, cameras are set up, and the Eye on La Verne news team is ready for action. Anchor Nathan Baca breaks eye contact with the camera and looks down to find his place in his script. The control room knows the problem immediately. “Duct tape, find more duct tape,” quietly orders producer Agustin Avalos. The hood of the teleprompter has fallen again, but fortunately this is only a rehearsal. With fresh tape on the teleprompter, the crew of 10 University of La Verne seniors is ready to record. This may not be what you would expect from an award-winning newscast, but this group has the needed moxie to pull it off. The passion for creating a product, the determination to put it all together and the pride that makes this newscast much more than just another bump on the road to graduation is what makes all of the effort worthwhile.

Baca and Avalos estimate they each spend about 20-25 hours a week working on the show that yields 20 minutes of airtime on Adelphia Cable’s local channel 3. “The ratio of TV to work is insane; the amount of time far outweighs the amount of product,” says Baca, a television broadcast major who dreams of going from LVTV to a large market newscast.

Baca and co-anchor Nya Center bid their viewers “good evening”as they tape at 11 a.m.; and the big-city backdrop for the small-town newscast are the least of the noticeable contradictions around the studio. The staff of 20-somethings hold more experience than some twice their age and are gaining more with every bi-weekly show they put together. From reporting and producing their own news stories out in the field, to operating cameras and audio on taping days, this is a class like no other.

In conjunction with this experience, many members of the Eye on La Verne team get to see the news put together on a larger scale. Avalos and Baca both have internships at NBC’s Palm Springs affiliate KMIR. Reporter Michelle Renteria puts in time with the KTLA morning news team before coming back to La Verne to run the teleprompter. Center spends time in KCBS’ newsroom in addition to Eye on La Verne’s. These internships, says Don Pollock, professor of communications and LVTV station manager, help the students and the show immensely. He says that the students are receiving the chance to see a professional show being put together and are learning what that takes. The impressive thing, he says, is that “they are bringing those experiences back and making a more sophisticated show.”

The future of Eye On La Verne is one of uncertainty, as all 10 members of the staff are graduating seniors. The past and present though, are quite the contrary. Pollock started the show in the Spring 2002 semester with the aim of it being a video rendition of ULV’s newspaper, Campus Times. Once the students became more comfortable and confident, they turned their attention from campus to community. For three semesters now, Avalos, who started as the show’s director, has led the charge. Serving as both producer and director, time and energy are both short at times for him. “You have to love it to do it. At times I get fed up, but I still love it,” he says. The show may need to re-invent itself this fall when the whole crew trades in its internships for real jobs following graduation. Pollock says the show has started from scratch once before, and he does not fear doing it again. “I’m pessimistic that we’ll be able to continue producing shows at such a sophisticated level,” he says. “But if three students want to do it, then we’ll do it. The great thing about La Verne is that we are flexible.” Baca encourages students to be a part of the team and feels that the experience is invaluable. “In many respects it’s like a job, but I came to La Verne to learn how to be a television reporter,” he says.

The job the students do does not go unnoticed. In February 2003, the crew was rewarded for its hard work during the fall 2002 semester. Acknowledged by the Society of Professional Journalists as the best non-daily newscast, the Eye on La Verne team earned first place in the Mark of Excellence competition Region 11. Avalos says he was surprised they won and feels their shows this semester are much better. He cannot wait to see how far they will get in national competition. Eye on La Verne beat out powerhouse schools from several states, including local rival the University of Southern California and Arizona State University. Avalos explains, “We’re all local. We start everything from scratch. We shoot, write and produce everything. We don’t get anything handed to us.”Baca was pleased and likens the situation to David and Goliath. With limited resources and just 10 students working on the show, he is glad the contest was judged on product and not reputation.”It’s a wonderful feeling knowing that student initiative can overpower vast resources,” Baca says. Student initiative is the fuel that keeps this fire going.

Minutes after the crew wraps the taping of the semester’s second show, Pollock informs Avalos that there is a story on-campus unfolding for next week’s edition. Crew members rush from the studio, which doubles as a classroom on the top floor of the Arts and Communications Building, downstairs to grab equipment, then out to the street to meet their breaking story. On street corners near the school, pro-life activists are holding signs for passers by, and distributing printed information to ULV students. Eye on La Verne gets the story as if the students had been waiting all week for it to happen. Before one edition had aired, the show already had a start on the next one. “We try to keep our eyes and ears open. We don’t have a newsroom or a police tuner, so we have to run into our stories,” asserts Avalos.

Meanwhile, with just six weeks of experience under his belt, Eye on La Verne field reporter and cameraman Christian Lopez works on new opening graphics for the show. Avalos says Lopez’s work takes Eye on La Verne to the next level because, “image is everything; it has to be pleasing to the eye. It also forces me to make the show better.” Indeed, Lopez’s work impresses his classmates and colleagues as they gather during their Wednesday morning meeting for the third taping. With CNN on a monitor in the control room, giving the latest updates and analysis with the situation in Iraq, the Eye on La Verne team reviews their stories ranging from ULV and Bonita High School sports, to the city’s first new councilman in more than a decade.

The crew knows it is not the hard news source for even the most dedicated viewers and gladly accepts that role. Baca explains, “Every city deserves some sort of local news. Los Angeles [news] is important, but it may not be as relevant. We report things that are relevant to La Verne.” Only on a newscast like Eye on La Verne would one find stories of a local 14-year-old boy who publishes his own newspaper, the expansion of a retirement community and a play that was produced and performed as a ULV theater major’s senior project. 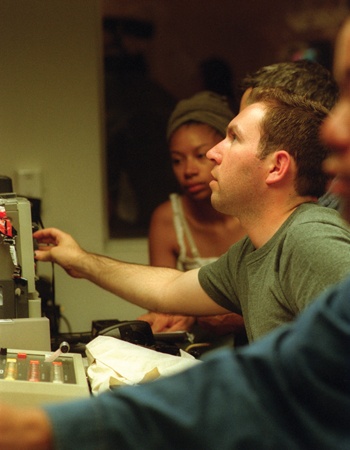 The show does not shy away from big news though and is not intimidated by the shadow that Los Angeles networks cast. It does, however, stay local, responding to the community aspect that major markets neglect. Last fall, during the Williams fire, Eye on La Verne was on the front lines. “It was a story L.A. markets were interested in; it just happened to land on our turf,” says Avalos. Pollock feels that the 10 college students were “blessed with hard news” with that story.

Eye on La Verne has stayed with the story long after the networks have forgotten about it. Though the fire may be out, the impact on the local people still burns. Months after the fire, the floods came. Just as newsworthy to the Eye on La Verne team are the problems the mud is causing to the already wreaked San Dimas Canyon. Avalos explains that the large market issues were drained from the story when the flames were extinguished, but for residents, there was still news.

In February, Lopez, who was returning from a story highlighting a political candidate, saw a mudslide in action trapping a car. With equipment on hand, he started to capture the story. When his battery ran out, he called Avalos who brought him another, all before UPN (the only local network that came to the scene) could get on site. “Sometimes we get lucky and happen to have a camera hand,” says Avalos. Weeks later, as American-Iraqi tensions boil over in March, Eye on La Verne examines the effects the international situation has on our community. “If there is an international event going on, we have to keep it local,” says Avalos. That’s just what is done. Aspects from rising gas prices, to protests in city council meetings are reported on, keeping the scale small yet important to nearly 6,000 LVTV subscribers. Baca and the rest of the team know their role and are glad to be in that position. “We find that little niche, and we’re happy with it,” he says.

On La Verne’s channel 3 one can’t see the duct tape hold up the teleprompters, or the hour spent off camera for every minute spent on. Instead, observers see the specialized graphics, the same poise and integrity displayed by reporters with decades in front of the camera and the spirits of students becoming professionals. When the show airs on Tuesdays and Thursdays at 7 p.m., the “good evening” the anchors wish viewers does not seem out of place. Nor does the big city backdrop, because to its viewers, Eye on La Verne isn’t small town at all—it is their town. 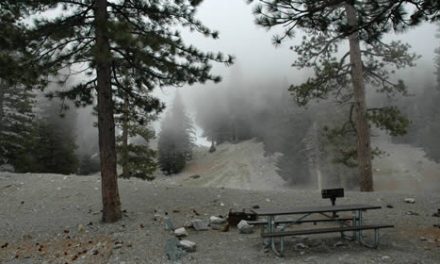 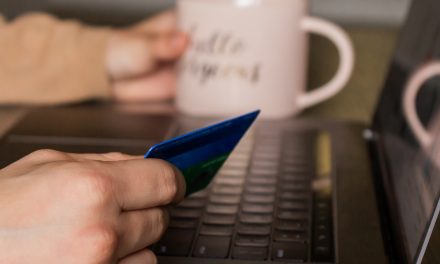