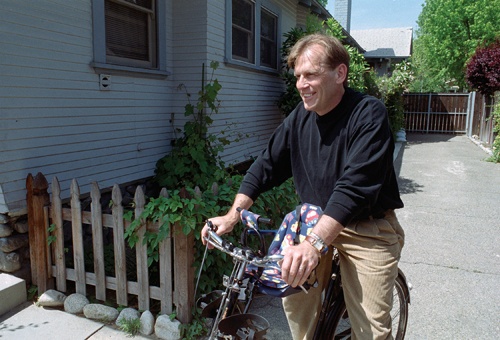 Usually seated behind the ivory keys of a piano, Professor of Music Dr. Reed Gratz has traveled across many countries seeking to further his knowledge and understanding of music. / photo by Caroline Franke

A dimly lit room, nestled in the lower level of Founders Hall, houses the sanctuary of a prized musical genius—an intelligent, deeply talented, yet modest man. In this small corner of the University of La Verne, Reed Gratz shines a light brightly over every chord he plays, every composition he writes, as well as with every student he teaches and performs.

Professor, composer, Fulbright scholar—with all the experiences and accolades of his career, Dr. Reed Gratz blends his passion and love of music in everything he does, whether it is teaching finger positions on a wind instrument or composing his own material.

Dr. Gratz has been selected twice for Fulbright Award recognition, taking him to Leinden University in the Netherlands and the University of Innsbruck in Austria. Both times, Dr. Gratz took his passion for the international language of music to another level by teaching both music and culture to his Dutch and Austrian students.

Becoming a Fulbright scholar is not a simple matter. Many deadlines must be met during the intensive process for applying, submitting references and qualifications. Through the program, professors are given the opportunity to exchange and teach at a school that is part of the Fulbright program. American professors are given the chance to teach for either one semester or a full year at one of the various Fulbright institutes throughout the world.

Dr. Gratz now calls Pomona home, along with his wife Udit and toddler son. With another home in Udit’s native Holland—a world away from Gratz’s early years in Indiana—the family spends its summers abroad.

Dr. Gratz’s academic resume reads like a set list. He received his bachelor of arts degree in music theory in 1973 from Manchester College in Indiana, a master of music in African-American Jazz composition in 1975 from the New England Conservatory of Music, and a doctorate of musical arts two years later from the University of Miami School of Music.

Dr. Gratz has enjoyed an exceptional life through his teaching experiences. He has taught at ULV since 1977, and chaired the music department for 16 of those years. He also started teaching jazz history at Claremont McKenna College in 1999. With his exacting schedule and focus on his family and infant son, he has since stepped aside as department chair.

But he’s still in the classroom and still playing.

Jazz studies, theory and composition, American music, world music, piano and synthesizer courses sample the diverse, polyphonic range of his instruction to students, which can compete with his other life as a professional musician.

“I am trying to balance work as a professor and my work as a musician, so I have to concentrate my time and energy to many different areas, and I am trying my best to do what I can do,” says Dr. Gratz.

For many January terms, he has even taken his ULV students straight to the source of the music he teaches, with trips to Africa.

Dr. Gratz did not always know that he wanted to teach; but it was always in his blood. His father, grandfather and great-grandfather were all professors and teachers, making him a fourth-generation professor. His excitement for playing music, and his passion for the sounds of the instruments stem from memories he can recall from his young childhood. At the age of 15, Dr. Gratz penned one of his first compositions with his brother Robin. As children, the two would improvise and jam regularly, so composing music just comes naturally to Reed Gratz.

One of the first albums he released is 1999’s “Below Sealevel,” a collection of 12 original pieces which he worked on while living in Holland. The album’s title is a matter of simply geography—the Dutch town he lived in at the time happened to be below sea level.

Dr. Gratz tries to play as much as he can. He experiments with different styles and sounds of instruments to create unusual, yet soulful music. The sound he carries in his music is very inviting and cool; jazz influence is apparent in each recorded note. There is an audible passion heard in the songs. Each song tells a separate story rooted in the style, clarity and vision of a man who knows music to such depth that he can speak to anyone, without speaking any words at all. 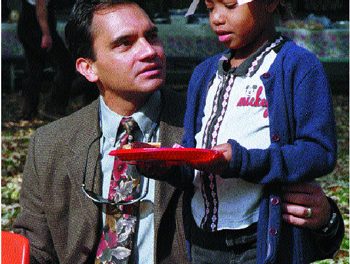 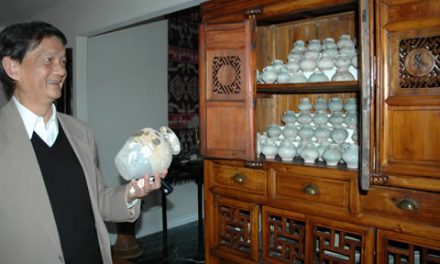 Unlocking Somvichian and His Treasures 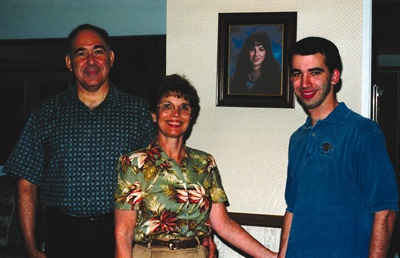