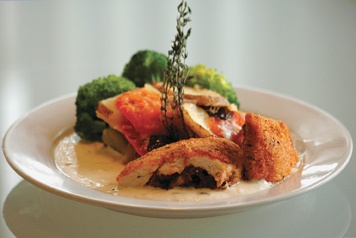 The pain is searing. Sure you’ve had a great meal, each course more succulent than the last, but the price tag is beyond comprehension. You cannot help but wonder how on God’s green earth you wound up paying more than $100 for a simple dinner for two.

You succumb to your thoughts as you try to process the bill before you. “Surely that tender juicy chicken and that flakey full-bodied salmon couldn’t have really cost that much. The wine, well the price of the wine, was understandable; any wine worth drinking is bound to be on the pricey side. But more than 100 Washingtons for a dinner for two . . . ? What did I pay for?” You paid for the ambience, for the artistic plating that made the food seem more like a work of art than just another meal, for the servers and busboys and wine stewards, for the hostess and most of all for the name of that well renowned five-star chef who supervised the construction of your delicious treat.

Many people watch excellent chefs practice their craft and chalk it up to sorcery, but the culinary act is more akin to prestidigitation than mysticism. Simply put, if you know the techniques, you can work the magic.

It is all too easy to forget that just like diamonds begin as coal, your culinary delight started from raw unprocessed ingredients that you could have put your hands on and worked into a five star dish in your own kitchen—perhaps for the price of the tip.

The Beauty of Chicken

Many home chefs overlook the true beauty of chicken’s versatility, for its affordability. Because of its mild nature, it is capable of taking on just about any flavor that it comes in contact with—from savory herbs like rosemary and basil to the wide variety of sweet and tangy Asian sauces. All too often, chicken is merely rubbed with garlic, salt and pepper and thrown carelessly into a baking pan until every last bit of moisture has been ruthlessly sapped from it. This brutal preparation leaves only a mere suggestion of what chicken should be. Although chicken is cheap, it does not have to taste that way. If one takes the time to plan out a nice blend of flavors, a seemingly bland, boring chicken breast can become the best meal of the week.

This dish pits the earthy flavors of Parmesan cheese, potatoes and pesto against the tang of tomatoes, the subtlety of chicken and the richness of cream, while still managing to welcome the forgiving crunch of fresh broccoli. It combines taste, color and texture into a multidimensional meal that leaves you satiated, yet wanting more.

For Ana Potatoes Italiano, first, grease the bottom of a small baking pan with olive oil. Then place a layer of sliced onions and minced garlic in the bottom of the pan, season with salt and pepper. The second step is to make a layer of thinly sliced potatoes and tomatoes, and whole leaves of fresh basil; season with salt and pepper and cover with a layer of Parmesan cheese. Repeat step two until the pan is full, then bake the dish at 400 degrees until tender enough to offer little resistance when pierced with a fork.

Begin Parmesan Basil Cream Sauce by grating the cheese. In a small saucepan, sauté shallots and garlic with salt and pepper until tender. Add heavy cream and reduce for 20 to 30 minutes. Strain the sauce and then melt the cheeses into it and simmer for five minutes. If the sauce gets too thick, add cream until it reaches the desired consistency.

For Pesto Stuffed Chicken, Tenderize the chicken breasts by beating them gently with a blunt object (your fist will do) and lay them flat on a cutting board. Using a small knife, make an incision in the side of the breast and turn the knife in order to create a pocket in the breast. Afterwards, get a pastry bag (if you do not have a pastry bag, a plastic zipper bag with one bottom corner removed will work just as well) and fill it with the sun-dried tomato pesto. Insert the tip of the pastry bag into the incision you made in the chicken breast and squeeze the pesto into the breast. Once all the breasts are filled, create a breading by mixing the cracker meal, oregano, basil, garlic, salt and pepper. Coat the breasts thoroughly and set aside.

In a sauté pan, heat the olive and vegetable oils over medium heat and cook the breaded chicken breasts to a golden brown (in the event that the breasts become golden brown before their internal temperature reaches 155 F, finish off the breasts in a 400 degree oven to avoid burning the breading).

To cook Blanched Broccoli Florettes, Boil water in a small pot and submerge as many broccoli florettes as you desire in boiling water until they are firm yet tender. Them remove them from the water and season with a pinch of salt and pepper.

Salmon is, at first glance, elegant. That nice pinkish-orange piece of flesh practically invites you to take a bite out of it. But like chicken, the scourge of a good salmon dinner is overcooking. Though it may take some getting used to, salmon should be prepared to just medium or a little below medium, or if you can handle it, simply seared. This combats the fishy flavor that tends to strengthen as the meat approaches well done. The problem with salmon is conquering that flavor—taming it so that it remains present in the dish without abusing the other flavors on the plate. Many home chefs just pack salmon full of dill and garlic and lemon—using strong flavors to mask the strength of the meat. Utilizing cream sauces to build on the richness of the salmon often allows a home chef to embrace the fish’s strong flavor rather than fight it.

In this dish, a deep, rich butter cream sauce, offset with the sweet yet dry zip of chardonnay and the crisp zeal of fresh tomatoes and scallions, boldly carries the flavor of the salmon as it gently flakes apart in your mouth. Paired with the muted base that potatoes offer and the almost pungent ground like quality of asparagus, this is a dish that embodies a completeness of flavor.

Begin Tomato Scallion burr blanc Sauce by quartering your cherry tomatoes and fine slicing the scallions at a 45-degree angle. Then, in a small saucepan, melt a small portion of butter and sauté the shallots until soft; then deglaze with chardonnay. Add the heavy cream and reduce for about 30 minutes. Melt the remaining butter into the sauce and then strain out the shallots. Add the uncooked tomatoes and scallions.

For Pan-seared Salmon, layer a small amount of olive oil and vegetable oil in a frying pan that has a lid. While you preheat the oil, lightly season the fish with garlic, salt and pepper. Place the fish with its most aesthetically pleasing side face down in the oil so that it becomes a crispy golden brown, as the rest of the meat is steam cooked. The fish is generally done once the top is golden brown; however, if you like your fish well done, you can finish it off in a 400-degree oven.

Begin Yukon Gold Whipped Potatoes With Nutmeg by quartering three to four Yukon gold potatoes and boiling until tender. Drain the water and whip with an electric mixer, adding heavy cream until the potatoes reach a consistency you find desirable. Season with salt, white pepper and a pinch of nutmeg.

Asparagus Tips: Remove the woody ends from the asparagus stalks. Next submerge the tips in boiling water until they are firm yet tender. Lightly season with salt and pepper.

It Takes More Than Ingredients

So you have mastered your kitchen, and your meal still does not feel right. Sure it is delicious, but it lacks that certain professional quality that practically causes the food to jump from your plate into your mouth. What you need are plating skills.

The keys to good plating are color, texture and height. A good meal should always be colorful. That is the major difference between a meal at Denny’s and a meal at a five star restaurant. What is on your plate at Denny’s is generally some shade of yellow or brown. A five star meal should be like a Monet. It will consist of a plethora of colors ranging from reds to browns to yellows to greens to purples. But color will not do it alone. An entire meal of foods that are basically the same consistency is more boring than a meal of foods that are basically the same color. Combine several textures to build a great meal. Bring the woodiness of asparagus together with the fluidity of mashed potatoes and flakiness of fish. Or combine the slippery texture of eggs with the crispiness of fresh vegetables.

Perhaps, most importantly, bring height to your meal. Rather than just spreading food out all over a plate, lean your meat against starch, concentrate salads and vegetables so that they stack nicely into beautiful mounds. It makes it feel like the food is meeting you half way and exudes an extra aura of effort. It shows that the food is art; that it was built by hands that took the time to care about how an audience would perceive the plate. And never forget that the audience cares. Most people could not tell you what they watched on television last week or the week before, but everyone can tell you about the best meal they ever had. 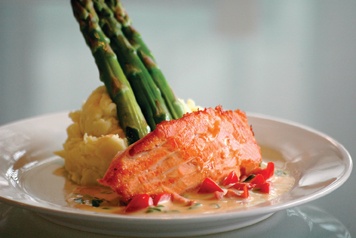 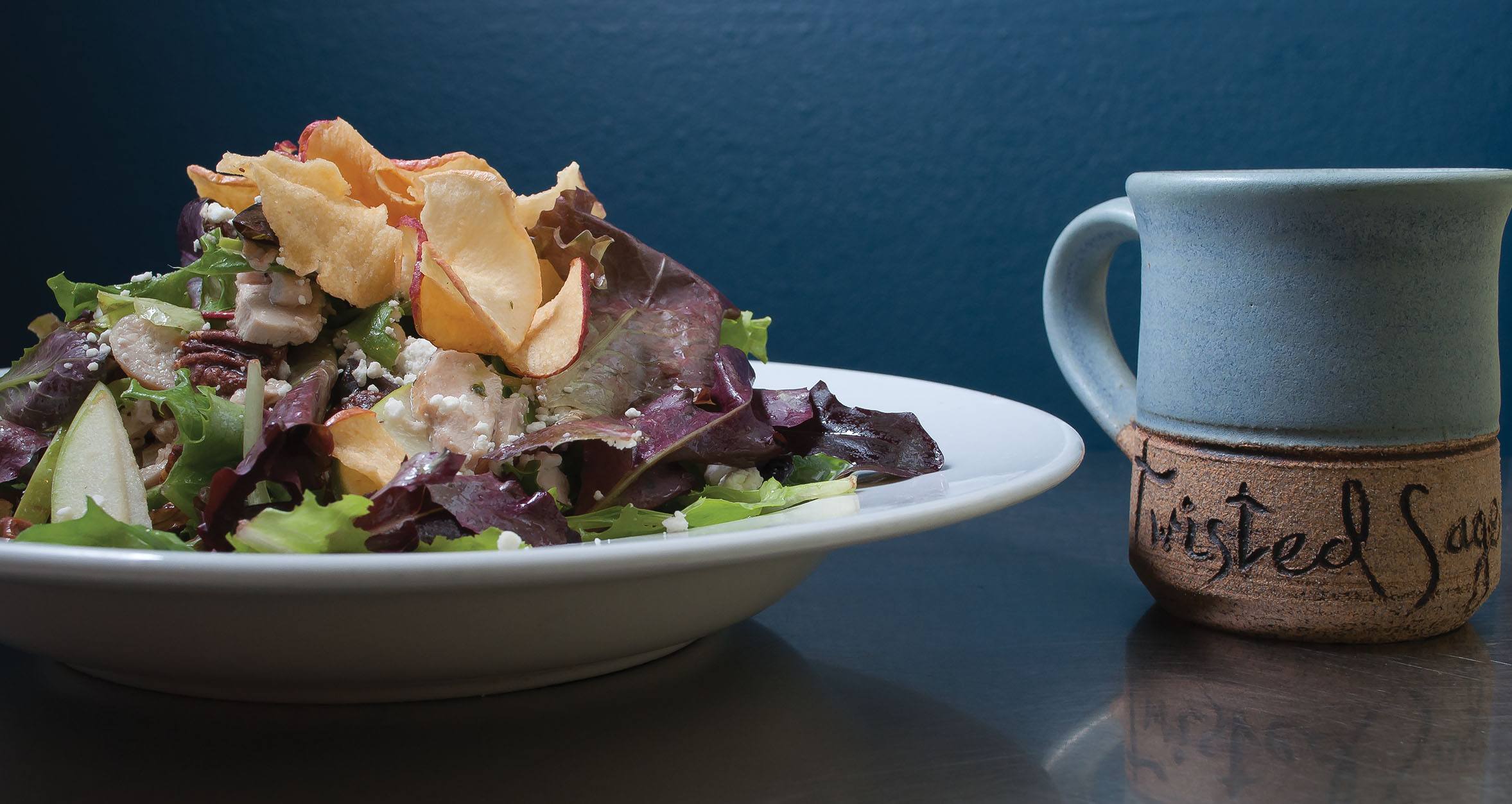 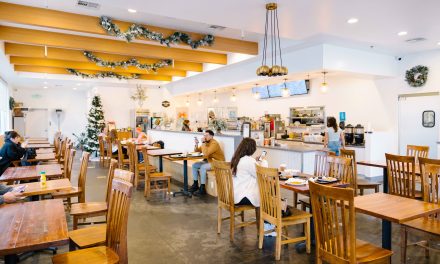 A Gourmet Take on Your Everyday Favorites 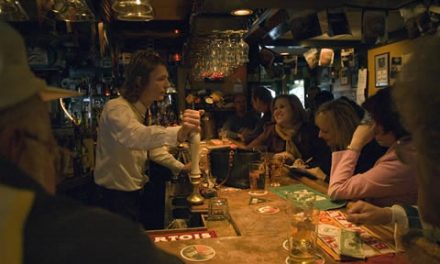