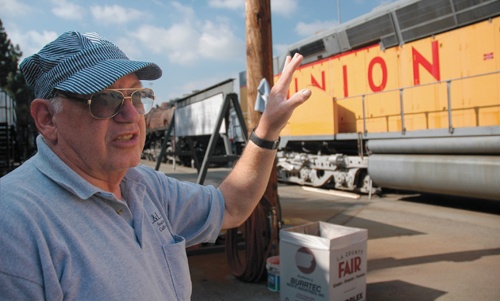 Jess R. Tomory, member of the Board of Directors of the Railway & Locomotive Society, takes the listener back in time as he shares the story of Union Pacific No. 6915. The Electro-Motive Division of General Motors built the locomotive in 1969. Its top speed was 90 miles per hour. This train was donated to the Locomotive Historical Society in 1986. / photo by Reina Santa Cruz

Imagine sitting in a beautifully furnished plush red velvet seating area, not having to worry about who is sitting next to you, as we do so many times when we fly. Imagine looking out the window and seeing buffalo roam the plains of the great West. Envision seeing green, rolling hills for miles, being catered to by attendants and arriving at a destination unlike any you have ever experienced, where a different future awaits you. This is how it was for people who traveled on trains and worked on them. But those days are gone. However, the grandeur of the glory days of rail travel can still be visited.

Today, these marvels of the railway are playgrounds for a new generation of train enthusiasts and hobbyists, thanks to the loyal Railway and Locomotive Historical Society Southern California chapter volunteers. Started in 1921 with local chapter chartering in 1953, the RLHS is the oldest of its kind devoted to railroad history. Its collection is stationed in Pomona on the Los Angeles County Fair grounds. The goal of the chapter is to promote research, and to encourage preservation and documentation of all facets of railroading. Loren R. Martens, chairman of the Board of Directors for the Southern California Chapter, is a strong train history advocate. “I never worked for the railroad personally, so I guess to me it’s just my hobby,” he says. But it is clear to see how Martens’ love for trains began. His mother’s family worked for the railroads in Illinois. “Stories I’ve heard are that my mother’s mother used to have a pass on the railroad, the North Shore. And she used to take me out on rides,” he says. He now tells his stories about these great machines to those who want to share his passion.

Rob Shatsnider, a new dedicated society member, also developed a devotion for the trains. “I am participating in something that will help these trains live for future generations,” Shatsnider says, painting over a new set of stairs on a storage area; just one of the many tasks members perform on Saturday mornings. His son, 15-year-old John Shatsnider, is one of the youngest members in the Society. “I remember coming to the fair most of my life, and last year we joined. I have loved the trains since I was little,” he says. “This is a father and son thing; we share this together,” says Rob Shatsnider. The other young member is David Williams, 14, who recently joined the society. “I want to work as a train engineer for Union Pacific, and the members here can answer any questions I have because they know everything about the trains.” 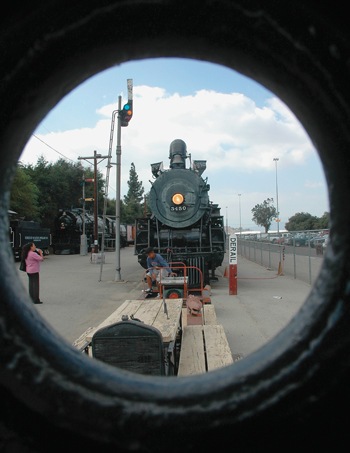 In 1954, the organization secured its first locomotive when the Sunkist Growers, Inc., donated the Climax type geared locomotive—also known as the Fruit Growers Supply Co., No. 3. It was used at Hilt, Calif., on the Fruit Growers’ logging railroad and is on display today. The Fairplex exhibit also features a Santa Fe Station, eight locomotives and various types of rail cars. Visitors are invited to tour the trains, pull the switches, yes, even pull the mournful one-of-a-kind 1927 Santa Fe 3450 horn.

When one gets up close to these huge transportation giants, she realizes their significance in the development of our country. They are a personification of what it took to make America what it is today—big, strong machines moving the nation forward.

A total of seven more locomotives have been added to the rolling stock exhibit. In 1962, the exhibit received a donation of the Union Pacific 4014 locomotive, the heaviest single expansion steam locomotive ever built that ran from Ogden, Utah to Cheyenne, Wyo. Also known as the “big boy,” and designed for heavy, fast freight trains, it weighed more than 1 million pounds. In 1969, Arcadia donated the Santa Fe Station, circa 1887. The society currently uses it as a museum store, filled with old artifacts, calendars, videos, toys and engineer hats—blue for boys and pink ones for girls. However, during its peak, celebrities and future presidents passed through its doors; many used it as they traveled to the greater Los Angeles area. In fact, trains were the main transportation for candidates as they traveled the country in search of votes and contributors. A pep rally feel developed when these famous people came into town, and surrounding community members would come greet these prospective leaders at the train station.

A few train cars at Fairplex were used for movie shots. The Santa Fe Horse Express Car cart was used in the movie “Seabiscuit.” Inside the car, one can see an exhibit on how horses were transported from one race track to another, and how the horse handler rode in the car with the horses. There is even a statue replica of a horse that resembles Seabiscuit.

One of the more elegant exhibits is the Nickel Plate Business Car 6, which was built in 1926 with an observation platform. Since then, many changes have been made. In 1935, a 29 foot Solarium was added, and a full kitchen and master bath were available to passengers. The car fits 10 passengers with sleeping facilities, not including the two crew members who had their own quarters with shower and sleeping areas.

And then there is Santa Fe caboose No. 1314. As one grabs hold of the bar and takes her first step up to the caboose, she turns into a narrow hallway about 10 feet long. To the immediate right and left, five feet above the floor, are two bunks with a five-inch thick mattress where the train crew slept. A small desk sits behind the sleeping area. Above it hangs a kerosene lantern where the freight conductor wrote his daily reports. Ahead is an old fashioned stove; nearby, the toilet facilities. The best views for the train crew were from the enclosed area atop the caboose, also known as the cupola. From here, the brakeman had a clear view of the train cars. The caboose was home for the train crew. One can only imagine what it was like to work and live on the railways of America.

Jesse Tomory, chairman of the docents who volunteer at the society, has a life-long rail interest. He modeled trains in his youth; later, he graduated to large-scale detailed modeling. In his library research trips, his train history interest propelled him to join a historical society. “Someone asked me once, how do you know so much; you’ve never worked for the railroad. It just absorbs; you get an interest, and you just absorb it,” says Tomory. He is one of the 50 volunteers and 11 chair positions who make up the Society. They love to share their knowledge and passion for the trains. “We need to preserve this great time in our history, and I want to make sure that I pass this on to the next generation of train lovers,” Tomory says. Rob Shatsnider also encourages people to stop by, see the exhibit and learn about a great time in American History. “They say a picture is worth a thousand words, but it can’t replace what you feel when you touch one of the wheels on the train and feel its thickness and power,” he says.

The railroad exhibit is open the second full weekend of every month from 10 a.m. to 3 p.m. The exhibit closes if the second Sunday falls on a holiday (such as Mother’s Day). To get to the exhibit, exit Fairplex off Interstate 10. Turn north on McKinley Avenue for about one mile. Enter Fairplex through Gate 1. Entrance is free. Donations are accepted. The Railroad & Locomotive Historical Society, Inc., Southern California Chapter, P.O. Box 2250, Pomona, California 91769, (909) 623-0190. www.trainweb.org/rlhs 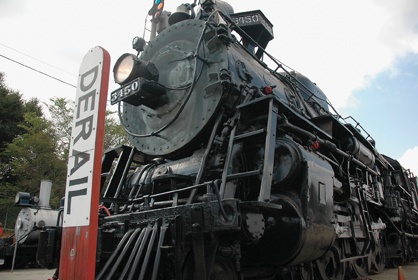 Built in 1927 for the Santa Fe Railway, this Hudson style 3450 is the only one of its kind left in the world. The Hudson was first used in New York along the Hudson River. October 1955, the Atchison, Topeka and Santa Fe Railway donated the locomotive. / photo by Reina Santa Cruz 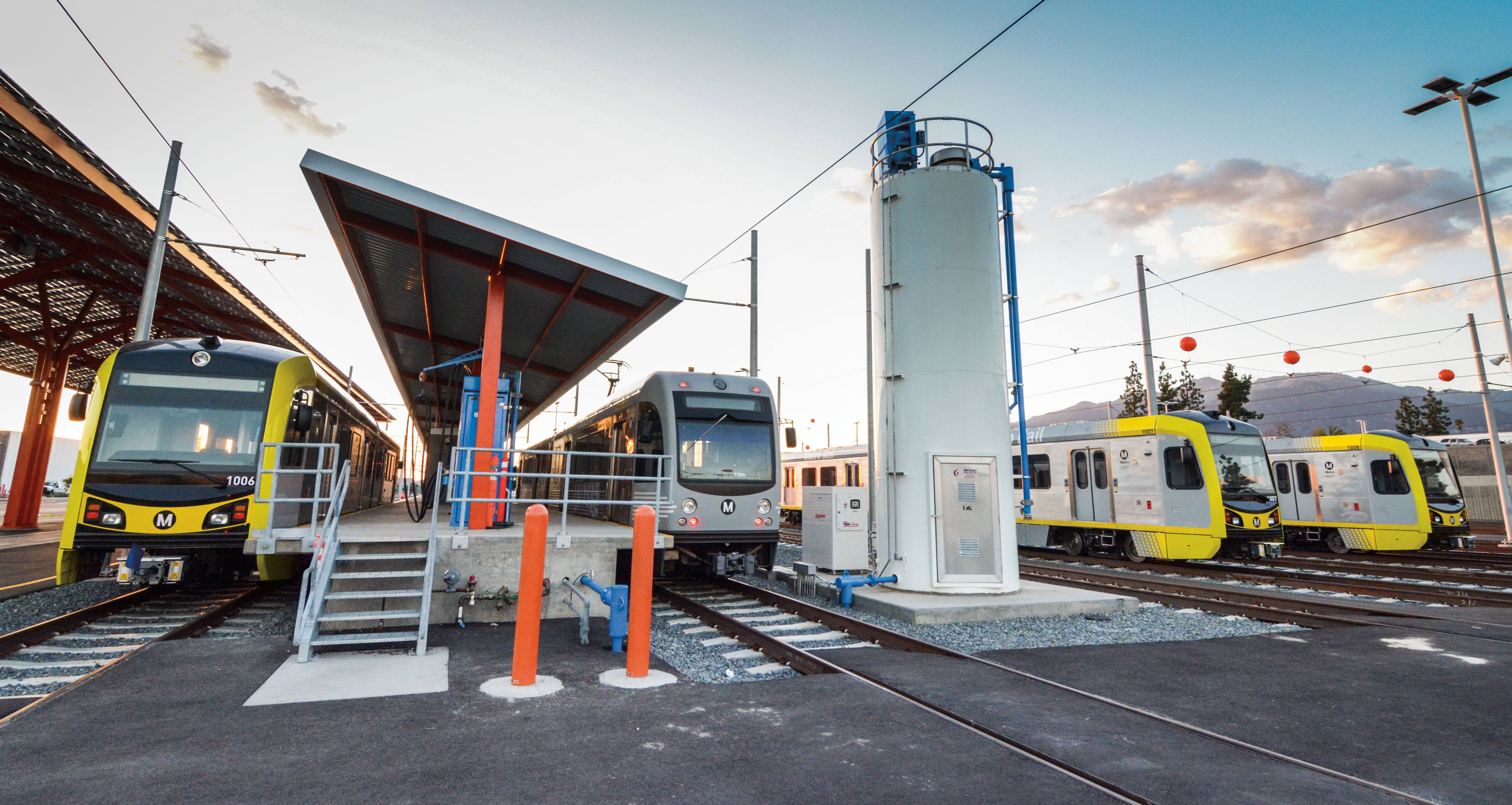 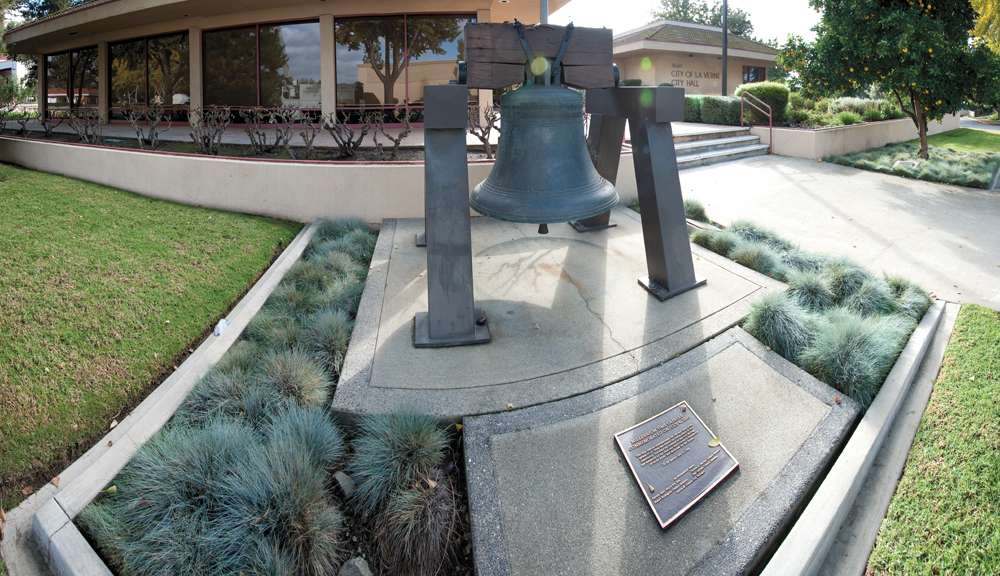 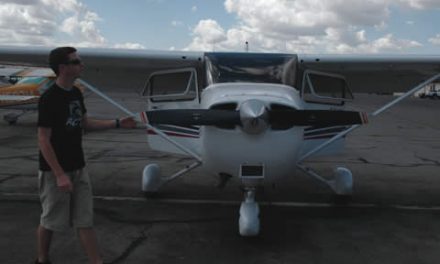