Changing a few easy habits can help make a major change in the fight against global warming. 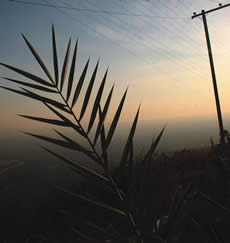 Inhaling that morning fresh air just isn’t the same when smog and pollution seem to get in the way of your health and the health of our planet. / photo by Lindsey Gooding

Living on earth is like living in Beverly Hills when it comes to our solar system. Life here is extravagant and livable in comparison to life on other planets. Daily life on Mercury would be like living on the moon – barren and dead; life on Jupiter could be compared with living in a tornado – storms there tend to rage on for decades. Worst of all, living on Venus might be like living in the oven because of the high carbon dioxide atmosphere that heats that planet. As for Earth – we are living the life of luxury because of our ideal planetary temperature. But due to a rise in the emissions of greenhouse gases, our planet’s ideal temperature is slowly burning up, and with it, our rich and fruitful existence.

“The fear is that we don’t know how high up (carbon dioxide) has to go before it actually causes a global change in temperature, which would bring on cataclysmic changes in climate,” said Robert Neher, chairman of the Natural Science Division and acting provost at the University of La Verne.

Global warming is the scientific term used to describe this change in temperature. Planes, trains and automobiles, along with microwaves, televisions and blow dryers, are the deadly weapons in this race against time. These are the vehicles in which greenhouse gases live – greenhouse gases are emitted into the air when fossil fuels like carbon dioxide are burned from the use of these “usual suspects.” Once they enter our air supply they work as a blanket, trapping heat inside the Earth’s atmosphere. This may sound like a good thing – we all love a nice warm blanket. But in terms of our environment, too much heat can destroy our way of life.

The warming of the ocean, for example, creates the probability of an increase in hurricanes, and, as we all know from Katrina, these can have deadly consequences. Heat in our atmosphere can also melt the glaciers in cold parts of the world like Greenland and Antarctica, and, as a result, raise the water levels of the ocean. Rising ocean levels would put parts of major cities like Manhattan under water; just imagine people having to scuba dive to work on Wall Street. Global warming can also have a devastating effect on the overall health of human beings. Rising temperatures will promote a rise in disease-bearing insects like mosquitoes that can spread the likes of malaria and dengue fever at dangerously fast speeds.

Luckily, our fate is not yet sealed. We can still live the good life if we take time to think about how we as the community of La Verne, and as residents of the world, can help prevent this catastrophe by altering small aspects of our daily lives. Global warming sounds like an unmanageable, out of control, complicated issue, but it’s actually a solvable problem – and contributing to its demise is easy.

How many brain cells does it take to unscrew a light bulb? None! Simple things like replacing an energy-gorging incandescent light bulb with an energy efficient compact fluorescent, or maintaining proper air pressure in your car tires will make a difference. As individuals, we are minor in terms of national impact, but if we act together, as a community, we can at least make a small dent this vehicle of change and maybe along the way we can set an example for our surrounding communities to follow.

There are many ways in which individuals can help stop global warming, but to keep things simple, here are five bite-size solutions.

The first simple and easy way to do your part is to use energy-efficient light bulbs. One energy-efficient light bulb, like compact fluorescent ones, uses about 2/3 less energy than a common incandescent light bulb. These bulbs will last about 10 times longer than an average bulb and can save you at least $30 during the bulb’s lifetime. According to the Web site stopglobalwarming.org, changing a light bulb can save about $60 per year and 300 pounds of carbon dioxide, which is one of the deadliest greenhouse gases contributing to the temperature under the earth’s blanket. This is like a two-for-one deal. Save the earth, and at the same time, save some cash.

The second way to save the earth is by keeping an eye on your tires. Car tires that are under-inflated tend to use up more fuel and, as a result, the car emits more carbon dioxide into the air than necessary. Something as simple as checking the air in your tires will save about 250 pounds of carbon dioxide and $840 each year. Taking care of your car tires can also increase the life of your car as well as the life of this earth. Keep a tire gauge in your glove compartment, and every time you stop for gas remember to stop and look at your tires as well. Who knows, maybe with the money you’re saving on gas you could buy that new paint job you always wanted.

The third way to minimize the effects of global warming is to unplug electronic devices that are not in use. Even if something is turned off, it doesn’t mean that it isn’t using energy. Unplugging these devices will save you money on your energy bill and also save unwanted carbon dioxide from entering our atmosphere. This alone will save $256 each year and 1,000 pounds of carbon dioxide.

The fifth way to help stop global warming is by hang-drying your clothes instead of putting them into the dryer. The dryer not only reduces the life of your clothing by breaking down the fibers in the fabric, it also uses up unnecessary energy. Hanging that new pair of jeans on the clothesline is not only increasing their life as part of your closet, the dryer is known for its amazing shrinking abilities, but this will also save 700 pounds of carbon dioxide and $75 per year.

If each La Verne resident followed these five steps and incorporated them into their daily lives, we would be saving 1.3 million pounds of carbon dioxide as a community, and as individuals we would each be saving around $1,289 each year.

Even though we are a small community here in La Verne, we are strong and can do our part to show the rest of the United States that we take the issue of global warming very seriously.

“I have a lot of faith in human ingenuity,” said Neher. “When things get bad we tend to get better as people; it’s kind of nice to realize that when the chips are down the American people are remarkable.”

Unfortunately, the United States is the biggest producer of greenhouse gases in the entire world, and yet we decided against joining the 35 other industrialized nations who signed the Kyoto Treaty to commit to reducing their output of those gases.

As a country, we need to be doing more to stop this warming of our luxurious Beverly Hills-like planet.

We are the ones who can truly make the difference as a nation, but until then, as a community, we should do our best to set the example for our own country. 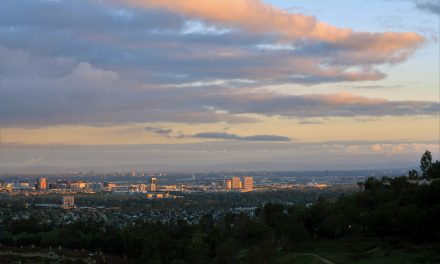 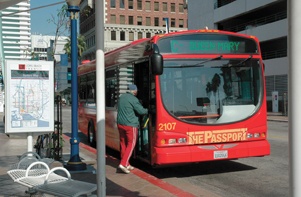 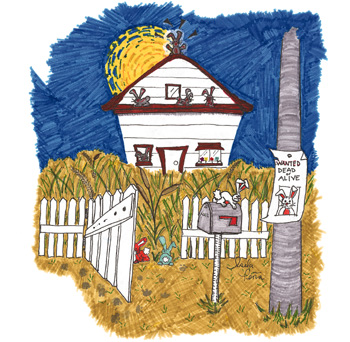 How Do You Plead?