What it took for La Verne’s high school namesake to receive the Catholic Church’s highest honor. 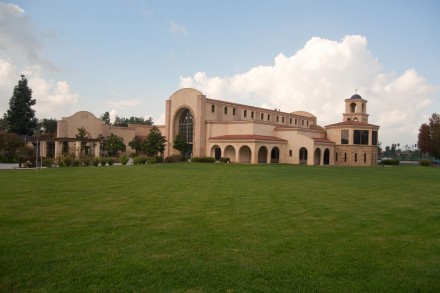 A La Verne street at the base of the San Gabriel Mountains bears his name, and the private high school at its south end proudly recalls his life’s work. Indeed, in so many other ways the Catholic leadership in Southern California has made him a native son. But while people in La Verne and San Dimas call him their own, his story and selfless actions made national prominence when he was canonized Oct. 11. Saint Damien, father to lepers, brother to all, is now revered by all.

The official sainthood pronouncement was over, and, at the time, Vatican City was filled with people wearing leis representing their leader from Molokai. But four days later about 75 people, their eyes deep and passionate, sang “Amazing Grace” on their festive half mile march from Holy Name of Mary Church in San Dimas to Damien High School in La Verne to celebrate their hero’s sainthood. Damien is their inspiration, and his spiritual presence is felt throughout the community. He no longer just lends his name to the local high school and street; he now owns a high-ranking status in the Catholic sect and garners as much national attention as he does local. The high ranking accolades now reach from the pope to the United States President.

“He invites us to open our eyes toward the leprosies that disfigure the humanity of our brothers and sisters and that today still call, more than for our generosity, for the charity of our serving presence,” proclaims Pope Benedict XVI at the canonization in Vatican City. President Obama, himself a Hawaii native, says, “Fr. Damien has earned a special place in the hearts of the Hawaiians. I recall many stories from my youth about his tireless work to care for those suffering from leprosy who had been cast out. Fr. Damien challenged the stigmatizing effects of the disease, giving voice to the voiceless and, ultimately, sacrificing his own life to bring dignity to so many.”

Saint Damien in the late 1800s voluntarily went to the Hawaiian island of Molokai to help a leper colony. He developed churches, created laws and provided care for those who were shunned by society. His life of selflessness, charity and devotion was the first building block to a life that could officially be considered saintly. But first he needed two miracles.

In 1895, a French nun, Simplicia Hue, age 37, was in grave condition for more than seven months. She prayed to Damien for her recovery of a gastrointestinal disease. Her prayers pleaded for Saint Damien to intercede with God and heal her. Hue was allegedly cured overnight, and she remarkably lived for another 32 years.

It would be 114 years before the Pope was to recognize the second miracle. In 1999, Audrey Toguchi, 81, a teacher for 44 years, prayed every day to Saint Damien for a healthy recovery from her battle with terminal lung cancer. Toguchi went to Damien’s grave site in Kalawao, Molokai to pray resiliently. Inexplicably, by the end of 1999, her cancer was cured without treatment.

“She had visited Father Damien’s grave site constantly. She prayed to Father Damien to ask Jesus to cure her cancer. The next time she saw the doctor, her tests showed the cancer was shrinking. The doctor, who himself was not Catholic, kept all the medical records and told her to show them to whoever she needed to in the church because he believed that it was a miracle,” articulates Jennifer Hoge, University of La Verne alumna and co-writer/director of “Damien: Making a Difference, God Making a Saint.”

The tireless prayers of thousands were finally answered. On Feb. 21, 2009, Pope Benedict XVI approved the second miracle and a saint was canonized.

Father Damien de Veuster of Molokai was canonized by Pope Benedict XVI on Oct. 11, 2009, and the Catholic Church in Vatican City, elevated his status from father to saint. The three-step process was finally complete. First, Damien was declared venerable by Pope Paul VI in 1977. To become verified, one must live a life free of sin and not involve himself with anything that would prevent a person from becoming a saint. Then he became Blessed Damien in 1995 by Pope John Paul II after his first miracle was officially recognized. And, finally, the second miracle was pronounced legitimate, and he was propelled into sainthood, elevating his status to the highest level a person can achieve in the Church.

Once the canonization news broke, a worldwide celebration started, with its roots in the streets of La Verne, Hawaii and Vatican City. People celebrated with week-long events that led up to the final declaration by the Pope. Four days before Damien officially become a saint, the local Church held a special mass in his name. “The 150 year wait comes to an end this weekend with a great moment for our community of the Sacred Hearts,” preached Father John Roche, Holy Name of Mary pastor. “His example of charity and generosity is an example for all of us on how to live the gospel. A brother to all, father to lepers, Damien was able to give up everything and serve the poor and needy.” 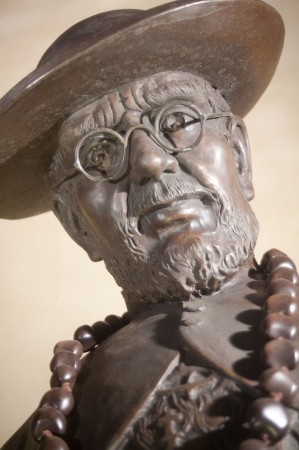 Seemingly looking to his sainthood future, a statue of Father Damien presides over the sanctuary courtyard of Holy Name of Mary Church. Father Damien volunteered to work among lepers on Molokai, Hawaii, beginning in 1873. The sainthood canonization of Father Damien took place Oct. 11, 2009, at the Vatican. / photo by Courtney Droke

After the mass, the Church staged a luau. The congregation wore leis, and propped up pictures of Saint Damien graced the alter fronts. Even the mass featured a ceremonial Hawaiian dance, bringing the flock to life in a true celebratory moment for people within the community and the dozen visitors from Hawaii.

Four days after the official canonization, members of Holy Name of Mary walked east from their Church on Bonita Avenue to the gymnasium at Damien High School. There, a Thursday night mass was observed. On the walk, men, women and children harmoniously sang “Amazing Grace,” paying their admirations to not just any saint, but their saint.

“He was already a saint to people even before he was canonized. He was that kind of a person; he didn’t need this expression because people already saw what he did, and that he was a special kind of a man,” says Father Rich Danyluk, vice provincial of the Sacred Hearts.

A life to remember

In 1840, Joseph de Veuster was born in Belgium, the seventh of eight children, to Frans de Veuster, a corn merchant. Expected to take over the family farm business, he instead followed in his brother’s footsteps and entered the seminary of the Congregation of the Sacred Hearts of Jesus and Mary at age 23 and took the religious name of “Damien.”

His brother Auguste was scheduled to serve the Sacred Hearts order in Hawaii but was stricken with typhus. The illness required a long recuperation period, and thus Auguste was unable to journey to Hawaii. Damien offered himself to serve in his brother’s place, although not yet an ordained priest. Even though this was not allowed in the Catholic Church, Damien’s unconventional request was granted, and, in 1864, he assumed the responsibility of serving as a missionary in Hawaii. In the same year, he was ordained to the priesthood at the Cathedral of Our Lady Peace.

“He brought the presence of God there, but only because of his deep faith, total commitment and his willingness to give himself totally. He didn’t just come to visit as many others had. He came to be with them,” expresses Father O’Loghlen in the documentary “Making a Difference.” “Damien should not have been sent, because he was only a seminarian; he hadn’t achieved ordination. This is a miracle itself,” says Father Michael Berry in “Making a Difference.”

During this time, the native Hawaiians faced a dire health problem: leprosy, now called Hansen’s disease. The United States government enforced “The Act to Prevent the Spread of Leprosy” in 1865, thus leading to the purchase of a five-square-mile village on the Makanalua peninsula, which jutted out from the island of Molokai, in effect to establish a leper settlement. The law prohibited people from leaving the island, and since Damien integrated himself there, it meant he would never be allowed to leave either. Lepers were often forcibly taken from their homes, stripped from their families and thrown onto the peninsula, effectively quarantined away from loved ones and society.

Leprosy, now extinguished with antibiotics, was then a feared and grotesque disease of the peripheral nerves. It caused disfigurement—swollen eyes, protuberances in the cheeks and ears and infected legs, which made it difficult to walk, were all external ailments people endured. Damien was able to provide priestly leadership to these societal outcasts, and during his 16 years of guidance, houses were built, schools were in session and basic community laws were enforced. “Damien was able to serve people both spiritually and physically who everybody thought were outcasts,” Father O’ Loghlen says.

Damien acquired leprosy that would ultimately take his life on April 15, 1889, at age 49. The first effective treatment for Leprosy was developed in the 1930s.

“I look at him during that time in the world as a man who had special kinds of eyes. He was able to look beyond all the negativity and all the ugliness that the world saw and was able to see more in them. He saw the beauty in them and transformed their lives,” Father Danyluk says.

Saint Damien’s canonization was as much representational for his life’s achievements as it was a community’s resilience in seeing the sainthood process through. And while his selfless life is recognized throughout the world, those singing “Amazing Grace” down Bonita Avenue are still proud to call him their very own.

Also see the companion story, “A Touch of God.” 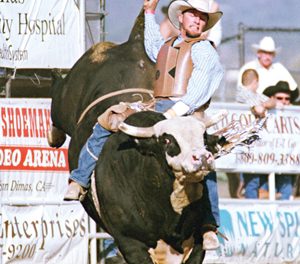 All Aboard the Goldline 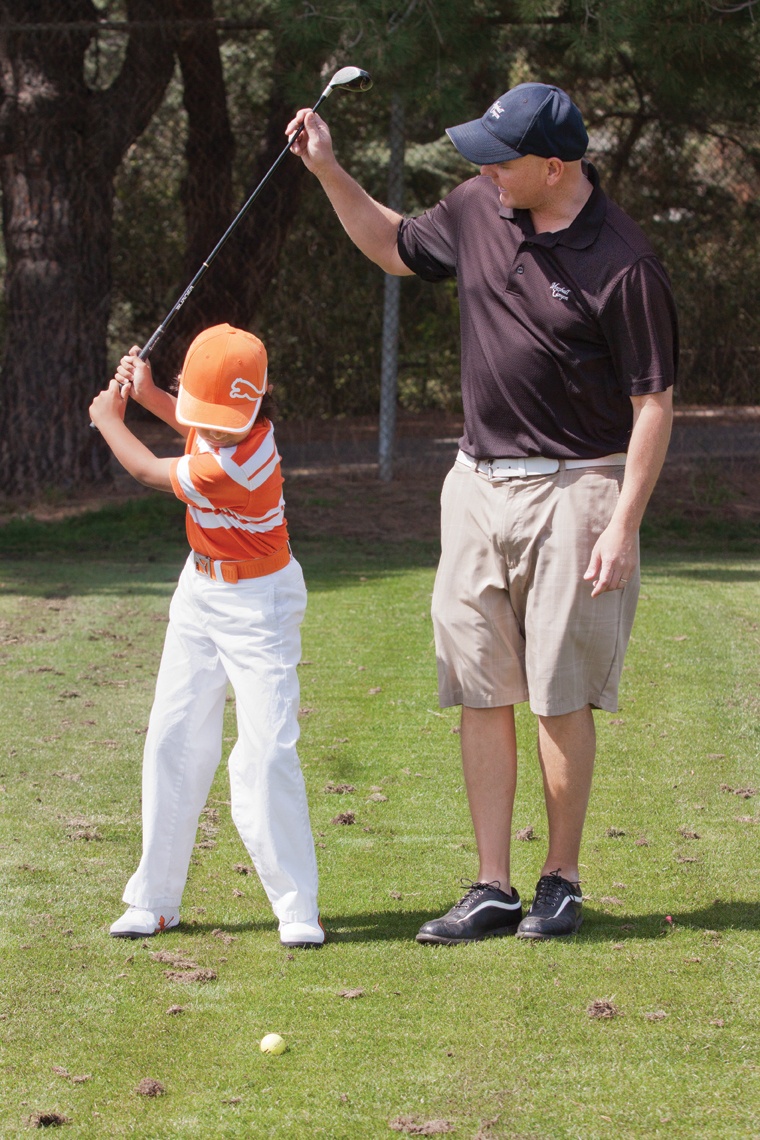