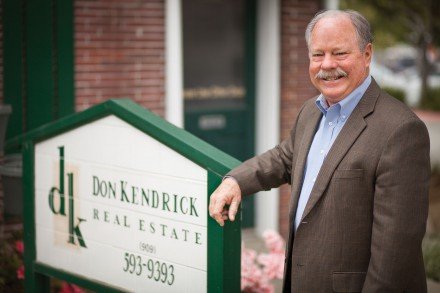 Don Kendrick glances up to the left in his real estate office conference room at a wall-size picture of Lordsburg in 1910; it shows all that is important then: Bonita High School (present site of Damien High School) and citrus trees, starting at 8th Street sweeping up to the foothills. His head swivels right to a same size photo of La Verne on another wall, taken from the same site, some 93 years later. He is now the mayor, and the city’s name has changed—along with its agricultural base. Both pictures have deep meaning for him, and he cannot help saying that even he is astonished at how much the city has changed.

The city’s history is personal; Don’s own family history begins in 1885 with his great-grandparents, the L.H. Bixbys, who homesteaded in the northern area above old town Lordsburg. They were the first citrus growers in what has become the city of La Verne. When the railroad came through town in 1887, connecting San Bernardino to Los Angeles, the Bixbys were joined by many pioneer ranchers. The railroad also strengthened surrounding communities. “There was a dynamic when the railroads came through. Basically, that is when all these towns popped up virtually at the same time,” Don says.

He recounts how Isaac W. Lord, a Los Angeles businessman, made an arrangement with the Santa Fe Railroad, acquired property on both sides of the railroad and laid out the town of Lordsburg. Then in 1917, after I.W’s death, the citizens of Lordsburg voted to change the city name to La Verne. The name La Verne Heights already existed in the northern part of the community. “That is a loose French interpretation for the word green, meaning it became all green up there, and that name came from my great grandmother,” the mayor says. “La Verne wasn’t a town; it was just an area. There was no community up north. All the things that they did and bought, the citrus industry, the clothes; it was all down here. It was just agriculture up there, and that agriculture happened to be citrus.” He recounts that to celebrate the unified name change, a public mock wedding celebration took place where a “Mr. La Verne” married “Ms. Lordsburg,” and the city’s name change became official.

Kendrick says his great grandmother Margaret Young Bixby, a teacher, carried the petition to start a Bonita High School. This was before the city undertook its new name. There were representatives on the school board from Lordsburg College, San Dimas High School and La Verne Heights. “My great grandparents were very involved in education, creating schools,” Don says. The Bixby’s donated land in 1903 that was developed into the La Verne Public School; later, high school classes started on what is now the second floor of the Damien High School main building. In 1959, due to overcrowding, the high school was sold to the Catholic Church, and Bonita High School moved to its new D Street campus. The Kendrick family has strong ties to Bonita High School; Don is an alumnus.

He parents were citrus and poultry ranchers who were community advocates working to preserve the city’s heritage. Don’s father Harold Kendrick was very involved in the community, serving for 15 years on both the La Verne Planning Commission and the La Verne School Board. Harold was a WWII veteran and active member in the La Verne United Methodist Church, the oldest church in the city. Don’s mother and father began attending the Church in 1928. The La Verne community was close knit. “The old phrase a community raising a child, that’s what La Verne was,” Don says. His mother, born 1914 in La Verne, was a teacher, who in the 1930s started the first La Verne Girl Scout troop. Don first joined the Cub Scouts when he was 8 years old and then transitioned to the Boy Scouts at age 11. “One of the organizations I was involved with, that had more influence on me than any other organization ever, was my involvement in the Boy Scouts.” He was still involved in the Scouts until he volunteered for the Navy in 1958, at age 20. “The leadership skills, the scout master we had; it was just an incredible organization, and today they have almost 100 boys in that same scout troop with a fabulous scoutmaster. It’s been a very positive influence on the community of La Verne to have that scout troop here, and it meets up at the Methodist Church in the old barn.” 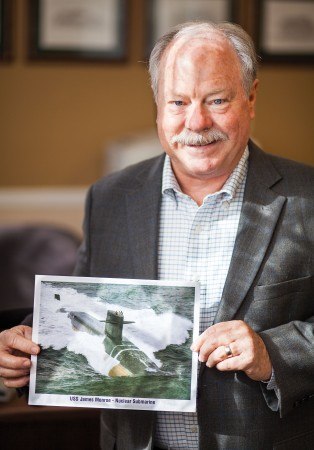 Remembering his tour with the Navy, Don Kendrick shows a photograph of the nuclear submarine on which he served, the USS James Monroe. Don volunteered to join the Navy at age 20. / photo by Chelsea Knight

He says his six years, from 1968 to 1974, in the Navy on a Nuclear Submarine were formative years. “There are lots of great people that I get to be with, but I would say, as a whole, the 140 guys that were on the submarine were special, very special people.” He had two years of training and then set out to sea for four years. This was the time of the Vietnam War. “The draft was right behind me, so I volunteered for the Navy. The best thing that came out of it is that I was on the submarine with really neat people.” Don says the lessons learned include discipline and responsibility. Other lessons were acquired early in his life; his family owned their own chicken business in La Verne. The family poultry business sold eggs to Safeway and to area residents. On the citrus ranch, Don and his identical twin brother shared responsibility for 10,000 chickens, feeding them and collecting their eggs. “It teaches you a significant work ethic. We worked every day, seven days a week, and we were thrilled to be doing it. It was our responsibility as a family member to help out, so we did and it was one of the best lessons I ever learned.” Don and his twin brother are still close, but his brother now lives in Oregon. Don remembers that his father built a baseball diamond on their three acres of land. Harold also put up basketball hoops during the winter season. “It was sandlot-type stuff, when we weren’t working,” he says.

“The continuation of a good community is based on good planning,” Don says. His father was on the Planning Commission from the mid-’50s to the end of the ‘60s. In 1965, La Verne adopted its first general plan, which laid out community zoning. Don recounts his father Harold taking a drive with George Caswell, then city manager, as the two pondered La Verne’s future. They drove up to Foothill Boulevard on the east side of the city, parked and looked down Foothill Boulevard to the west. It was all citrus trees. “The downtown business is not big enough for this community when it grows,” Don recounts his father saying. “So we have to plan where our next commercial retail is going to be, and it’s going to be right along Foothill Boulevard.” Today, Foothill Boulevard holds much commercial and retail development. Don speaks proudly of his father and the role he had in developing the city. “Our family has certainly seen La Verne evolve,” he says.

For the future, the mayor says that La Verne has several specific plans, including a Foothill Boulevard plan, which lays out expectations and goals along the foothill corridor. He also cites a Lordsburg specific plan, which outlines the preservation of the downtown area. Don was a former committee member of the Lordsburg plan 20 years ago. This plan preserves La Verne’s history, identifying areas and specific landmark buildings. Arrow Highway also has an industrial specific plan, designed for business not retail. Encompassed in the plan is a 100 acre business park north of the airport.

Up next on the mayor’s agenda is the Gold Line. “It’s as exciting as a plan as there ever has been in La Verne; this plan is probably our last significant growth in this community.” This plan incorporates residential, commercial and office. The Gold Line station, plaza and platform will be built along the railroad tracks near First and E streets and will be on the east side of E Street. “It’s very, very exciting to be able to look forward at what we are going to have,” he says. The plan for the Metro Gold Line will tie in with the Old Town and D Street. The mayor says that this plan has been a shared partnership, bringing together three different entities: the city, the University of La Verne and the Pomona Fairplex. The first phase of the Metro Gold Line is from Pasadena to Azusa, which is currently being built. The second phase will be from Azusa to Montclair. The third phase will link the line to the Ontario Airport. Currently Don says that funding has not been identified for the second phase, “but the Federal Government is very interested in having that completed.”

He cites stability in city government; the city of La Verne has approximately 145 employees and has not laid off any employees since the loss of the redevelopment agency. However, he says that there is reduced employment through incentive retirements.

From having a grandmother who named the town to a father who helped plan the start of commercial development along Foothill Boulevard, Don Kendrick has been groomed to lead La Verne into its future. It is a task he takes on with pride, in the name of his family and its historic intimate ties to the city he loves. 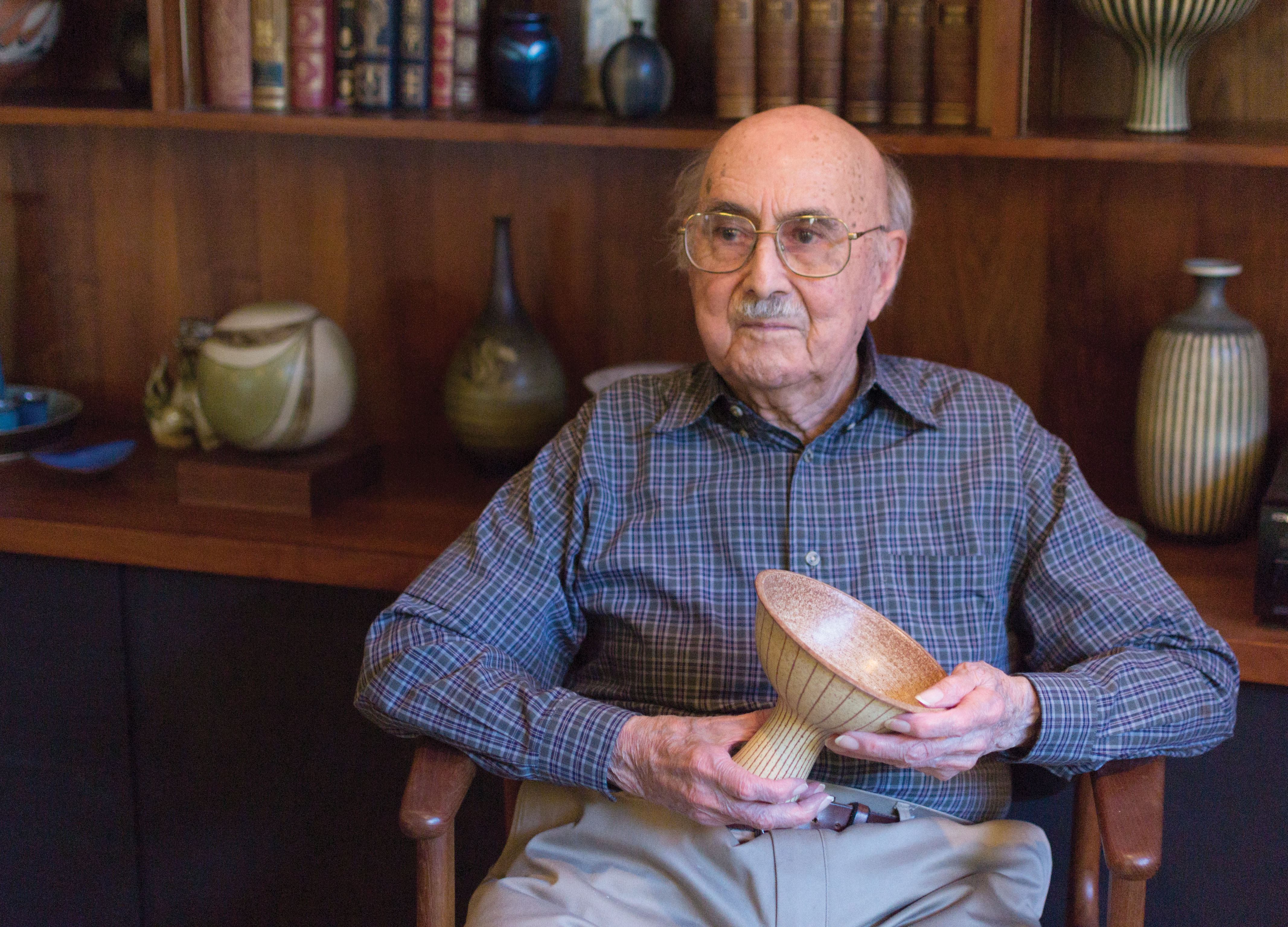 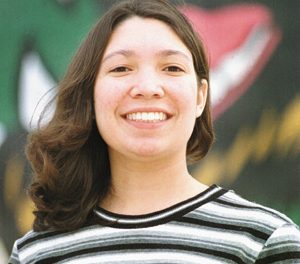 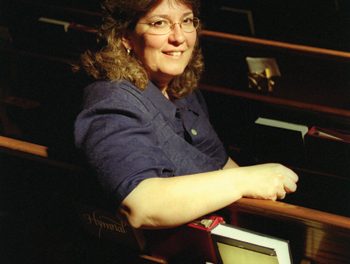 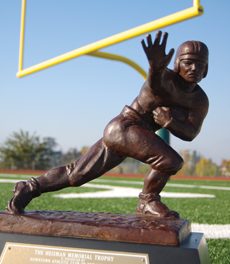