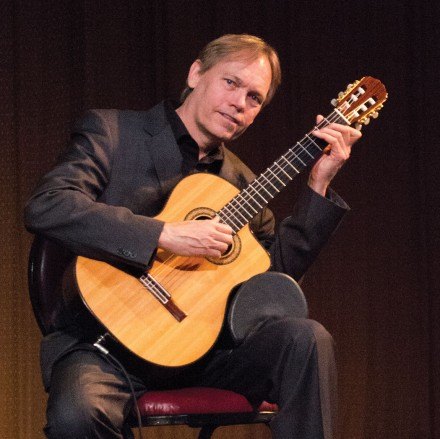 Professor and performer Michael Ryan has spent his life immersed in music, dedicating most of his time to playing classical guitar. He plays in venues around the La Verne area during the school year and then travels to Europe in the summer to entertain crowds. / photo by Amanda Nieto

The lights come up and the audience is on their feet clapping and cheering. The 12 artists take one synchronized bow. The band, Michael Ryan and Friends, has finished yet another outstanding performance.

Musician Michael Ryan is a professor who teaches guitar at the University of La Verne and performs worldwide. He estimates that he plays for more than 70,000 people each year at concerts, restaurants and dinner theaters, often with his band, Michael Ryan and Friends. On this night he has completed his annual Irish concert “The Spirit of Ireland.” It was a full house at ULV where he and his band played 22 songs. “When the concert’s really good, the time just goes by,” Michael says, explaining that Irish music channels a range of emotions like joy, sorrow, love and loss. Some songs are rich poetry, others are fun and playful. “I feel honored to be able to produce and perform an Irish show and spread the passion and enthusiasm of the music,” Michael says. When Michael performs, he says he becomes submerged in the music and loses himself in the rhythm. “I let the music express itself through me, being like a channel for the music to come through and connect with the audience,” he says.

Michael’s love for guitar began when he was 15. He was visiting a friend whose father played classical guitar. His friend’s father suggested that Michael listen to Andrés Segovia, a famous classical Spanish guitar player. When Michael heard Segovia, he became fascinated by the myriad of sounds Segovia made with his guitar. “It was like a little orchestra,” Michael recalls, explaining that it sounded like Segovia was playing two melodies at once. This sparked Michael’s interest in the instrument, and he set off to discover it for himself.

After taking private guitar lessons during his high school years, Michael studied classical music at the University of La Verne, earning his bachelor’s degree in music in 1975. He first performed during his senior recital, where an auditorium filled with people came to hear him play solo classical guitar. “It was a real neat experience,” Michael says. “I felt like everything I played people were just absorbing.”

Throughout college, Michael also sang in ULV’s choir and chamber singers. He liked singing so much, he decided to study vocal performance at California State University, Chico, earning a master’s degree in 1979. Michael was then invited to study opera in Austria, though he declined, choosing instead to go back to his first love, guitar. “If you’re going to sing opera and make it your living, then you better love it, live and breathe it, and I didn’t feel I wanted to go that path,” he said.

But he did want to go abroad. With his guitar in hand, he played small venues in Switzerland, Austria, Germany and Italy. Michael says the locals would tell him where to play, and some even invited him to play with their groups. After four months, he returned to the U.S., settled back in California, and played gigs in beach towns for the next two years. Then in 1981, he got a call from Reed Gratz, a professor of music at ULV. Gratz invited Michael to teach guitar back at his alma mater. Michael accepted and says he was honored to get the opportunity to return to ULV to teach. He has remained a fixture in the music department over the past 33 years. Michael says music classes at ULV are smaller and more personal than they are at most universities. This allows him to give students more individual attention, as he shares his love of music.

The students in Guitar Workshop sit on the stage in Morgan Auditorium. Their chairs are set up in a circle so the students can see and hear one another. Michael goes around to each student to make sure they have learned their pickings and have placed their fingers on the correct strings. Once everyone is ready, he counts them down, and they play the song together. It is out of sync in moments, but this group of beginners is focused on finding a uniform sound. “I haven’t met anyone in his class who doesn’t want to get better,” Zak Tomlinson, a freshman business administration major in the class later says. Michael is inspired by that drive. Many students who take his classes are not music majors but want to play the guitar as a hobby, or as a means of expression. Michael says he often runs into those same students years later and finds out they are still playing guitar.

It has been more than three decades since a young Michael Ryan packed up his guitar and embarked on a European adventure. But that post-graduate journey whet his appetite for future trips. Each summer, when classes have en­­­­ded and ULV’s music rooms fall silent, he returns to Europe to play guitar in a medieval German fair. The Peter und Paul Fest has been in existence for more than 500 years and always takes place during the first week in July. For the past 10 summers, Michael and his friend Ken Soderlund have performed together at the festival, playing traditional renaissance music to crowds of concertgoers.

When the festival ends, Michael and Soderlund stay in Europe and perform at various concerts. They donate the money they earn to charities close to their hearts, though far from home. In the past, their fundraising has helped a Brazilian daycare, a German music school and a hospital in Africa. Michael believes music is a common denominator that connects people around the world. That belief is proven each summer as two American friends entertain European crowds to raise money for people on other continents.

Forty-five years after picking up his first guitar, Michael has reached many people with it. He has recorded eight albums, taught hundreds of students, and taken countless bows on stages around the world. That mysterious myriad of sounds, which first captured his imagination at 15, is still his greatest passion, and he hopes it will continue to unite the people who hear it. “Different cultures and different people who might have tension with each other can get along with music,” he says. “It cuts the barriers.” 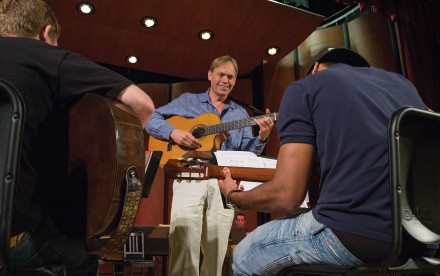 Music professor Michael Ryan plays along with his students to Paul McCartney’s “Let it Be.” The group’s music resonated throughout Morgan Auditorium. / photo by Amanda Nieto 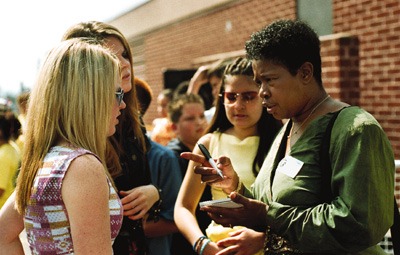 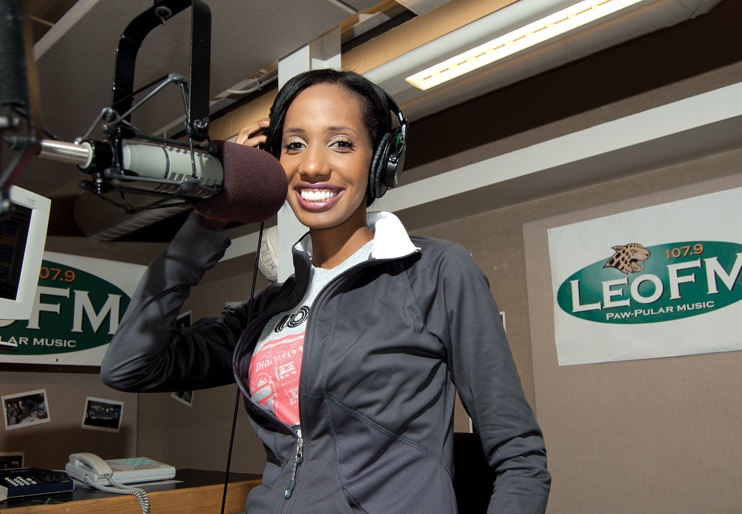 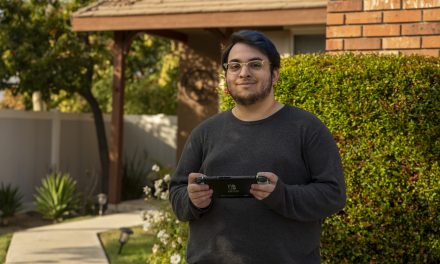 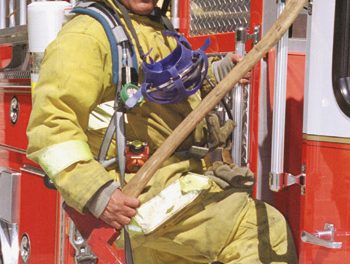