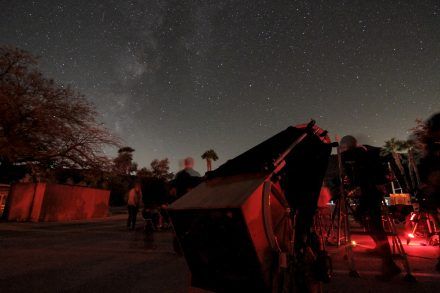 Jeff Kaufman aims his camera into the night sky to capture images of deep sky objects at the Nightfall Star Party at Borrego Springs, California. Jeff’s computer is connected to a specially built camera that compiles three exposures sensitized for red, green and blue to create a color image. The computer is also used to aim and operate the apparatus to his left, which tracks his camera in the night sky. Also pictured is Jose Magsaysay’s telescope, the largest at the event. / photo by Spencer Croce

On Fridays closest to when the full moon rises over the Shanahan Building of Harvey Mudd College, the 35 active members of the Pomona Valley Amateur Astronomers Club gather inside to consider recent astronomical events and to listen to guest speakers—scientists, professors and astronomers—who are discussing their recent astronomical findings. The following day, they trek to an area with no light pollution or smog—like Borrego Springs in the Anza-Borrego Desert, the Calico Mines, Joshua Tree National Monument—for their monthly star party.

With only the light of the full moon shining over them, they bring out their small spyglass-type refractor and large 18-22 inch reflector telescopes to marvel at the heavens. 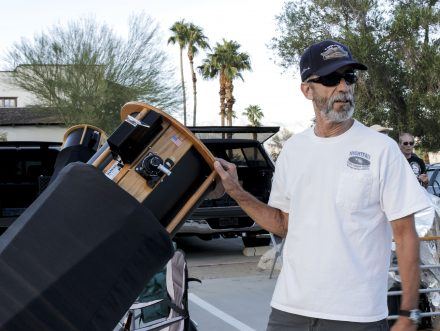 In daylight, Jeff Kaufman shows off his self-built astro-photography rig at the Nightfall Star Party at Borrego Springs. Utilizing prefabricated parts, the specialized camera has a built-in cooling system on the sensor chip to reduce sensor noise. Despite the high-tech nature of the rig, the lens used is an old Nikon zoom lens manufactured in the 1980s.

Who has not looked at the moon with an inexpensive telescope and searched for the American flag planted by Neil Armstrong on a summer night in 1969? Who has not looked up at a distant star and wondered whether life exists there. It is the great mystery on a nightly canvas if only one takes the opportunity to look up, as humans have been doing for hundreds of thousands of years.

The club members want to share the experience. “Visitors from the public are welcome at both our general meetings and our star parties. We also have a monthly board meeting and occasional events at local schools and libraries,” says Mathew Wedel, president, who by day is a “traveling businessman,” but by night is an astronomer.

Aside from star parties and discussion of theories, the club sponsors outreach programs and events to involve the community. “We used to get big groups up to Mt. Palomar to tour the observatory to view their 60 inch scope or Mt. Wilson to see their amazing 100 inch scope,” Board Member Cori Charles says.

For six years now, the astronomers club has partnered with the Friends of the Claremont Library program, making telescopes more accessible to the public. Any adult (minimum age 18) with a library card can check out for free an OrionBlast Telescope for a week at a time. “The Friends of the Claremont Library provide the funding for the program; we do the legwork to acquire the telescopes, equip them for lending and service them,” Wedel says 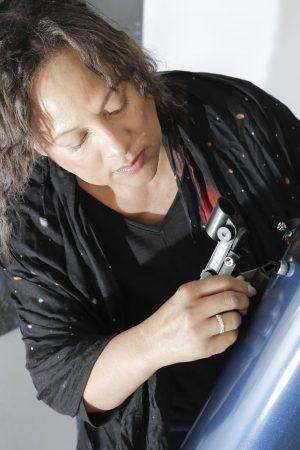 Cori Charles, Pomona Valley Amateur Astronomers Club board member, views the rings of Uranus through her Orion Skyquest XT6 Plus six-inch telescope. After retiring from a career as a police detective, Cori now serves as the regional director for the planetary society, educating the public on astronomy. / photo by Spencer Croce

The program is so popular that there is a wait time of several weeks. “We have placed three telescopes in the library—it’s been a wildly successful program,” he says. The club also takes part in Project Bright Sky, an organization enabling blind individuals to see space and to understand the universe for the first time using optic technology.

The Pomona Valley Amateur Astronomers Club recently boasted an active dues paying membership roster with more than 100 names. Presently, the number is at 35 active dues paying members. Membership extends not only to individual adults, who pay $30, but also to students, who pay $20. Families can join officially for $40. Despite the active member status, the public is welcome to join in at any event. Paying members receive the Nightfall Newsletter, discounts on scholarly journals and magazines, and access to telescopes, which they can check out freely.

Nov. 3 was 13-year-old Nick Andrew’s first meeting. He wore a shirt with eight Pi symbols and the word “Octo-pi” across it. Andrew found out about the club online and asked his father to take him. “I’m interested in astronomy and decided to come,” he says.
Excited that the club was gaining members, Ron Hoekwater welcomed Andrew, saying, “One of the goals of our club is to encourage young people to enjoy astronomy either as a hobby or a career. Amateur astronomers are getting younger and younger, but our club members are getting older and older. We’re happy you came to join us.”

On this night, Kevin Eltcher, a former aerospace engineer for Boeing and author of “The Star: An Investigative Journey in Search of the Star of Bethlehem,” told how he used astro-engineering software to deduce that the star of Bethlehem could have been the planet Jupiter. His matrix and pictures suggest that Jupiter was visible for multiple days, was most prominent for travels to the west and would have been brightly visible from the east of Bethlehem, where the Magi were from according to the Gospel of Matthew.

Cori Charles, board member, says that his speech was different from other presenters. “The topic was unique for us but interesting. Some people were taking notes and pictures of his presentation. It was fascinating.”

The skies are an incredible changing kaleidoscope of patterns and phenomena. Personal highlights abound. Oct. 21, members joined with other clubs at Borrego Falls at Anza-Borrego Desert State Park. While adults peered into their telescopes, the children, under adult supervision, went scorpion hunting, using flashlights to find the creatures as they glowed in the dark. “There were more than 40 telescopes. We were able to see Uranus and the Owl Nebula. They were like two LED lights in the sky,” Charles says. “You could actually see the discs of Uranus. It was amazing.” 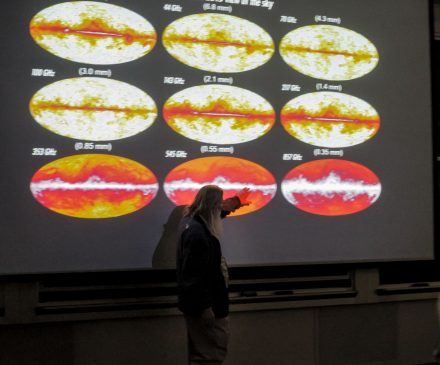 Timothy Thompson delivers a cosmology lecture to the Pomona Valley Amateur Astronomer’s Club. Timothy, past president of the Los Angeles Astronomical Society and board member of the Mount Wilson Observatory Association, cites individuals who helped determine the age and size of the universe. / photo by Spencer Croce 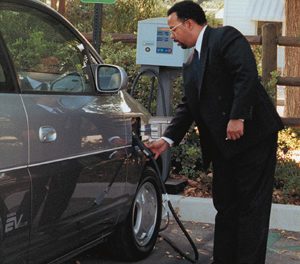 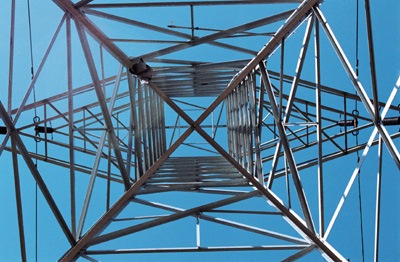 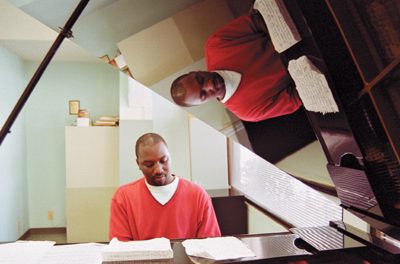 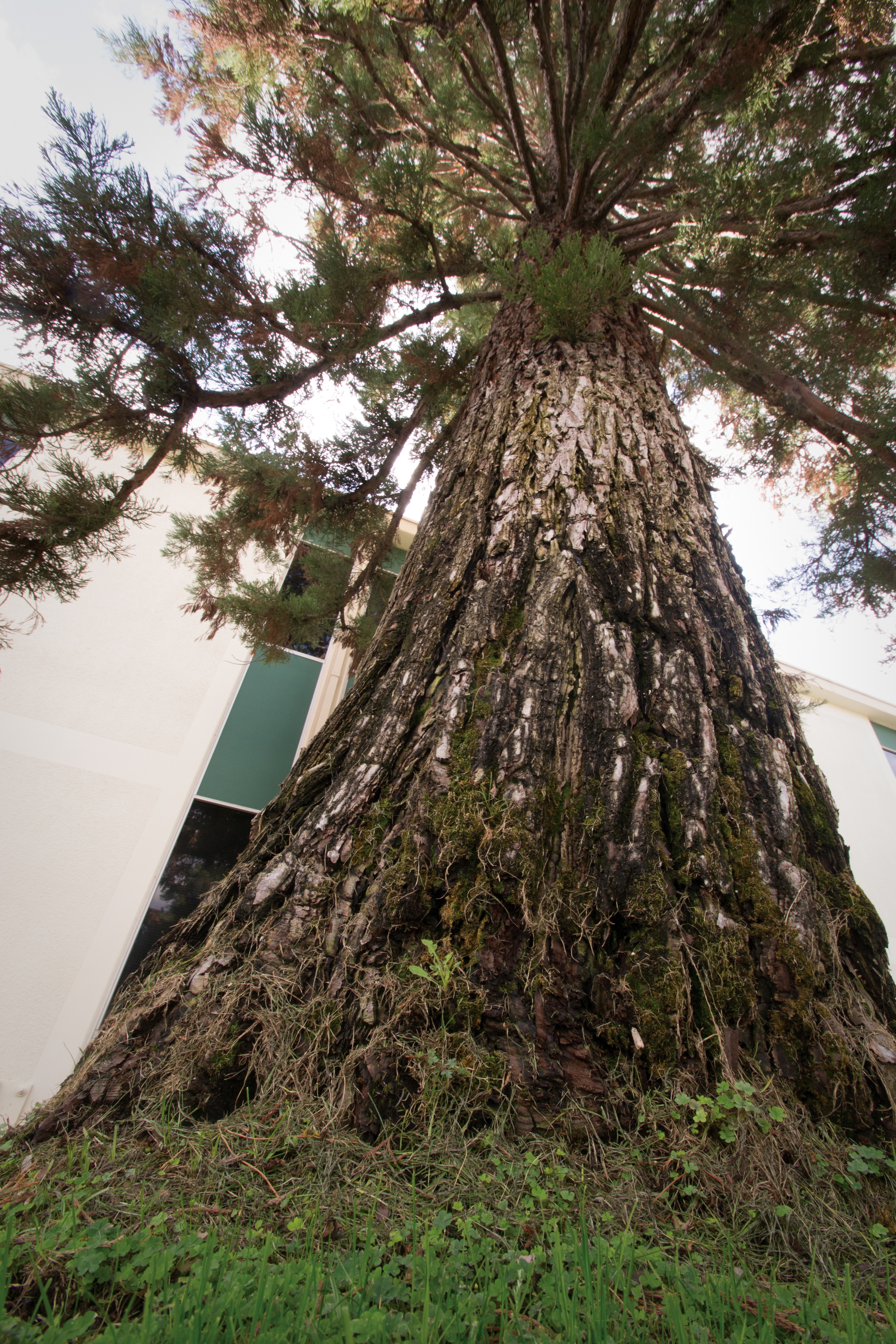