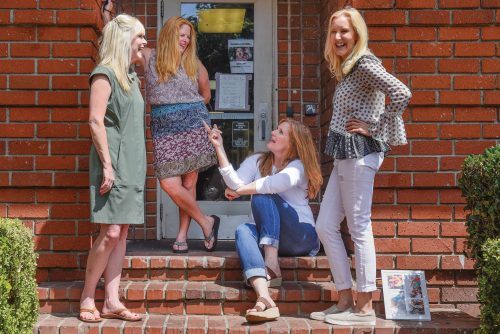 Christi Stanford Bowman, Dobbie DeStefani Madeyski, Kris Way Staley and Julia Wheeler are alumnae at the University of La Verne, graduating in the classes of 1984 and 1985. They maintain their close friendship today despite being separated by living in different cities. / photo by Claudia Ceja

We loitered outside the locked door, waiting to pounce on an unsuspecting resident leaving the building so we could sneak in. To many passersby, we must have seemed like a strange group: four older women and two students taking pictures outside an ordinary red brick residence hall. But on this day, that dorm was a time machine that took these women back to their unforgettable college years.

I watched them age in reverse the moment they walked through that old heavy door. Running through the halls, with a cacophony of sounds—laughing, giggling and yelling–as if they were students again, Julia Wheeler, Kris Staley and Dobbie Madeyski went straight toward room 257, the one they shared in 1981. Christi Bowman lagged behind, stopping at an old wooden cabinet and opening the door. “I remember using the payphone a lot when I would get homesick,” she recalls, picking up the phone and holding it up to her ear. She was making silly faces at us as we took pictures of her in the phone booth that current students hardly know about, let alone know how to use.

We caught up to the others down the hall and followed them up the stairs where their old room was. Sadly, the door was locked with no one opening the door, despite their polite knocks on the door, so they focused on their surroundings instead, commenting on the similarities and differences of the floor from how they remember it. “The floor even creaks in the same place!” Dobbie exclaims, walking over a certain spot on the worn carpet. Kris points out how the emergency door they kept open during the day is now permanently shut, robbing the floor of sunlight and warmth.

Julia reveals her first “haunting” in Stu-Han, a story fitting for the darker atmosphere we were experiencing. It was late at night, and Julia was alone in the study room of her quad suite. She was working hard on a paper, typing away at three in the morning when all of a sudden, she heard a knock on the wall. She brushed it off, thinking it was nothing. Then she heard another knock a few feet away from the previous one. Eventually, she heard a series of knocks that “traveled” across the walls, each one getting farther than the previous. Feeling thoroughly spooked because there was no possible way anyone could get up to the second floor, Julia never looked up from her typewriter that night. “I was so freaked out; I don’t think I even slept,” she says, wide-eyed, even now.
We hastily left the floor, eager to rid ourselves of the dark afterthoughts of Julia’s story. “I remember these stairs being the place where everyone would gather and talk,” Kris comments as we traveled down the creaky stairs, “There would be so many girls around that you couldn’t even use the stairs.” Her comment set off another round of recalling memories, inside jokes and secrets that only they knew.

In that moment, I could feel the time machine calling us back to the present, telling us that our trip down memory lane was coming to an end. As we walked down that long quiet hallway and out the door, we traveled through time again, landing on a Sunday afternoon in the year 2018. The four women and two students continued to take pictures outside the residence hall that now has a personality. These four former students know that Stu-Han is about to be demolished, but they also know that their fond memories will forever be there. ■ 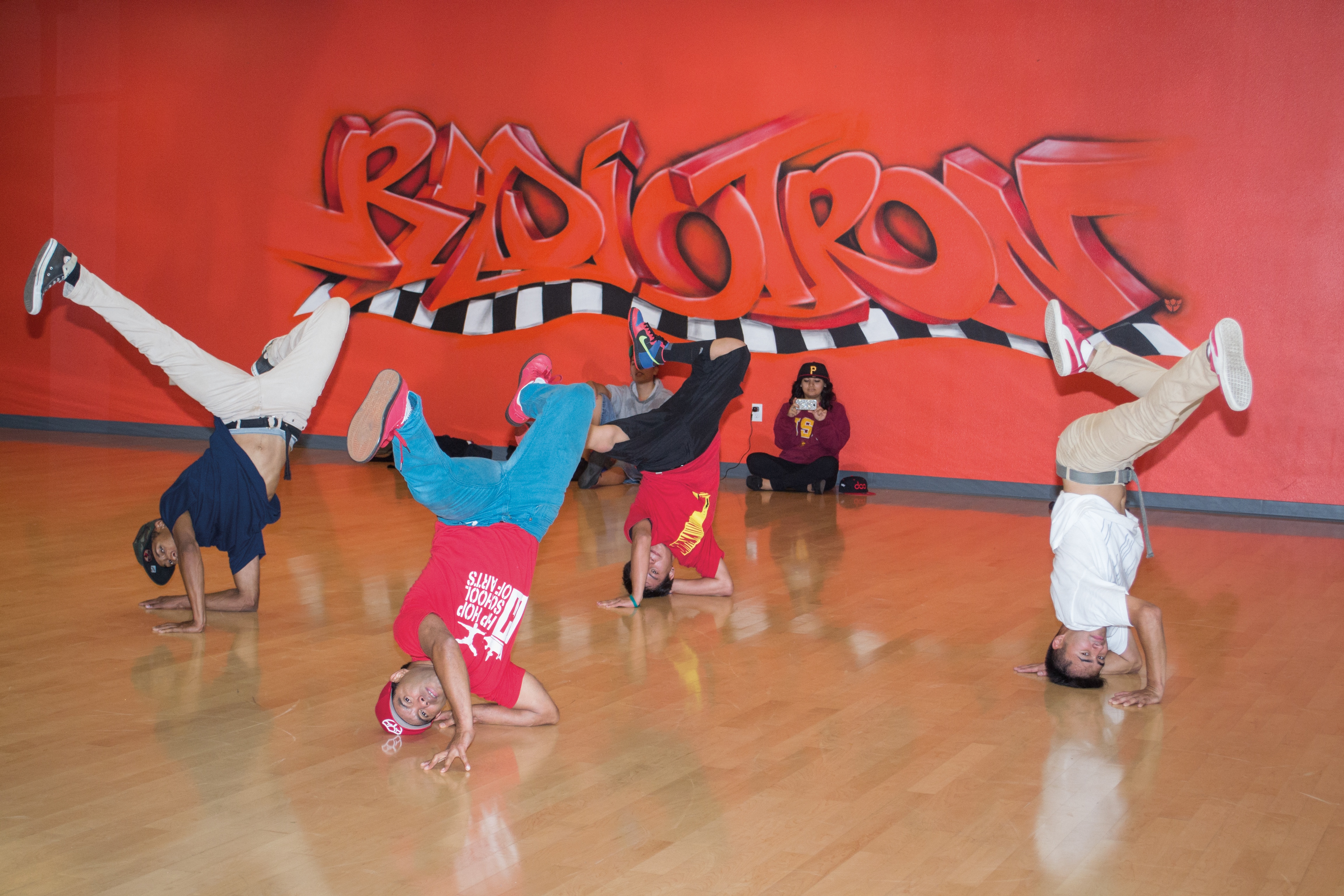 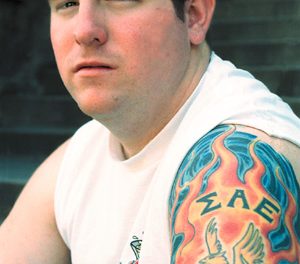 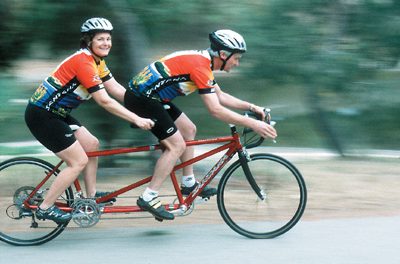 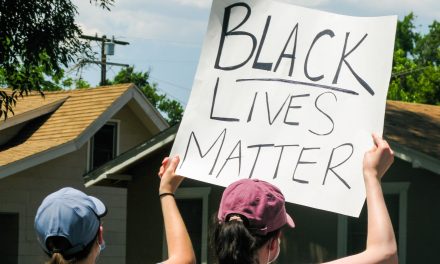