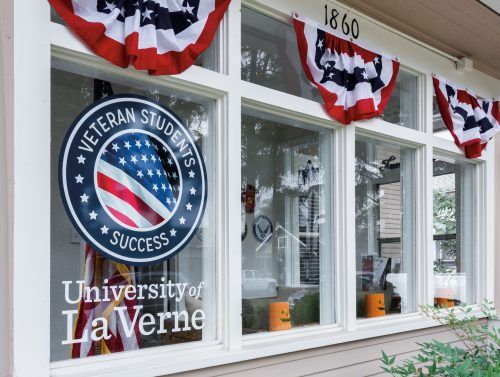 Nestled among the shipboard residential homes of Third Street, an American flag sways in a light breeze, presiding over a simple beige house. Through the windows of its mudroom, circular decals arranged in a three-by-two offset design show the proud logo of each branch of the military. Inside, the putter-patter of rain meditatively plays from a wall-mounted TV. The old hardwood floors squeak when someone walks inside, and a sleeping service dog lifts his ears to assess the noise but quickly falls back to sleep. A soft click-clack of typing comes from a back room. The smell of microwaving tacos fills the room. It is a picture of peace that juxtaposes the rough past experiences of the home’s visitors. 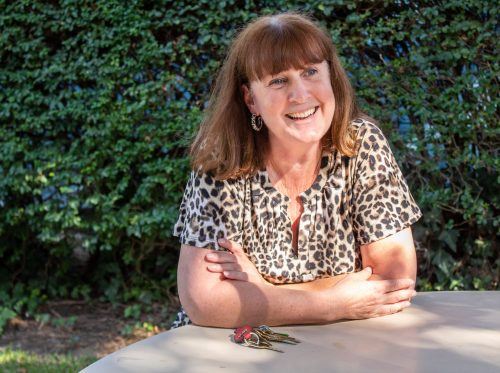 Diana Towles says, “Veterans need a place to connect. Most people don’t experience what we have, so we find help in each other. They’re very helpful. If you need anything, they get up and help out. If things break, they want to get up and fix it.” / photo by Ariel Torres

For three years, Diana Towles, coordinator of veterans student success at the University of La Verne, has worked diligently to establish the Veterans Student Success Center on campus, now located at 1860 Third St., in a residential style home owned by the University for more than 25 years. Diana says that recently the University honored the Center by bestowing them this space. Previously, she worked from an 8 by 10 foot office on the second floor of the Campus Center that was so small it could only sit one of the more than 200 ULV veterans at a time. “Instead of sitting, many of them would stand with one foot in the door and one foot out. It’s a symptom of their training—always ready to go and not leaving their back exposed, but the whole Campus Center is glass. Now, I go to the new Veterans Center, and I find people napping on the couch or watching TV.”

Diana is also a veteran, serving in the Army from 1981 to 1985 in communications. Her shared experiences with La Verne’s veterans helps her connect. “Even though there’s been changes in the military, a lot has stayed the same. When they start talking about certain issues—especially that women face and the bureaucracy—I think back to my time serving. Understanding them is a huge part in making them feel comfortable here.” The Center provides resources for the veterans for classes such as computers, laptops, printers and a tutor. “Veterans tend to only ask for help when they absolutely need it. They don’t always know they need help. They might just come in, sit down and realize just then that it’s what they need. So having a tutor right there for them has been great, especially for writing,” she says.

Aside from academic resources, the Center provides veterans enrollment help and connections to resources such as health care, housing, financial aid and career services. However, one of the most important things they provide is a place for them to meet. Marines Corps veteran and kinesiology major Amanda Calhoun says the Center gives veterans the time to get to know each other, which breeds camaraderie. Says Diana, “The Veterans Club needed a place to meet. They needed time and a space to talk. It can’t be a rushed meeting. It needs to come serendipitously where someone is talking and someone else might say, ‘Oh, I’ve had that problem. Here’s what I do.’ It makes a huge difference in their life because they were used to having that family dynamic in the military, and when they discharge it’s suddenly gone.” 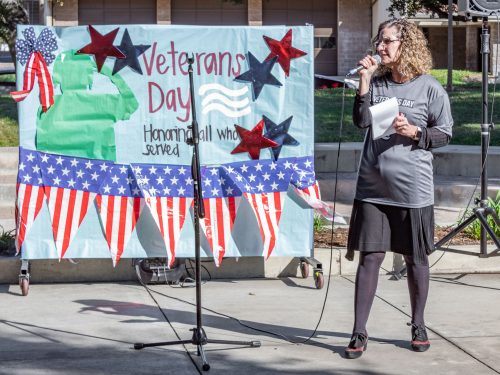 Currently, the Center is gathering veteran statistics on the main and satellite campuses to lean how to further engage them. “We find that it is mostly men who come to the Center, and that’s typical of any college veterans center. We’re working to find a way to reach out to female veterans,” Diana says. Ideally, all ULV veterans will call the Center home, she says. Diana hopes the Center will draw in those she calls “ghost vets,” or veteran students she has yet to meet. “The problem before we had the house was that we had such a limited time to have events, and many veterans live farther from campus. If an event were on the weekend or wasn’t right before or after a class, they wouldn’t come out. But now they can just come in and out of the Center.”

Before becoming a center, Diana usually depleted her funds by April. Unfortunately, her budget has not changed, and with the expanded center, she has to prioritize needs. She hopes that funding can be found to renovate the backyard as a quiet space for veterans. She hopes to host therapeutic events like art nights, to provide mental health first aid training and to have a dog house for service animals.

She works actively with both the Campus Activity Board and Associated Students of the University of La Verne to plan events for Veterans Day. “We have the Playing for Heroes softball and football games. I hope now that more veterans are involved, we can get more participation in these events,” Diana says. In the future she would like to plan events for Armed Forces Day and Memorial Day.

For some student veterans, the new Center has become a second home and a refuge from busy college life. “It’s really great working with them They’re very grateful for everything they get, and we’re so grateful for our Center.” ■ 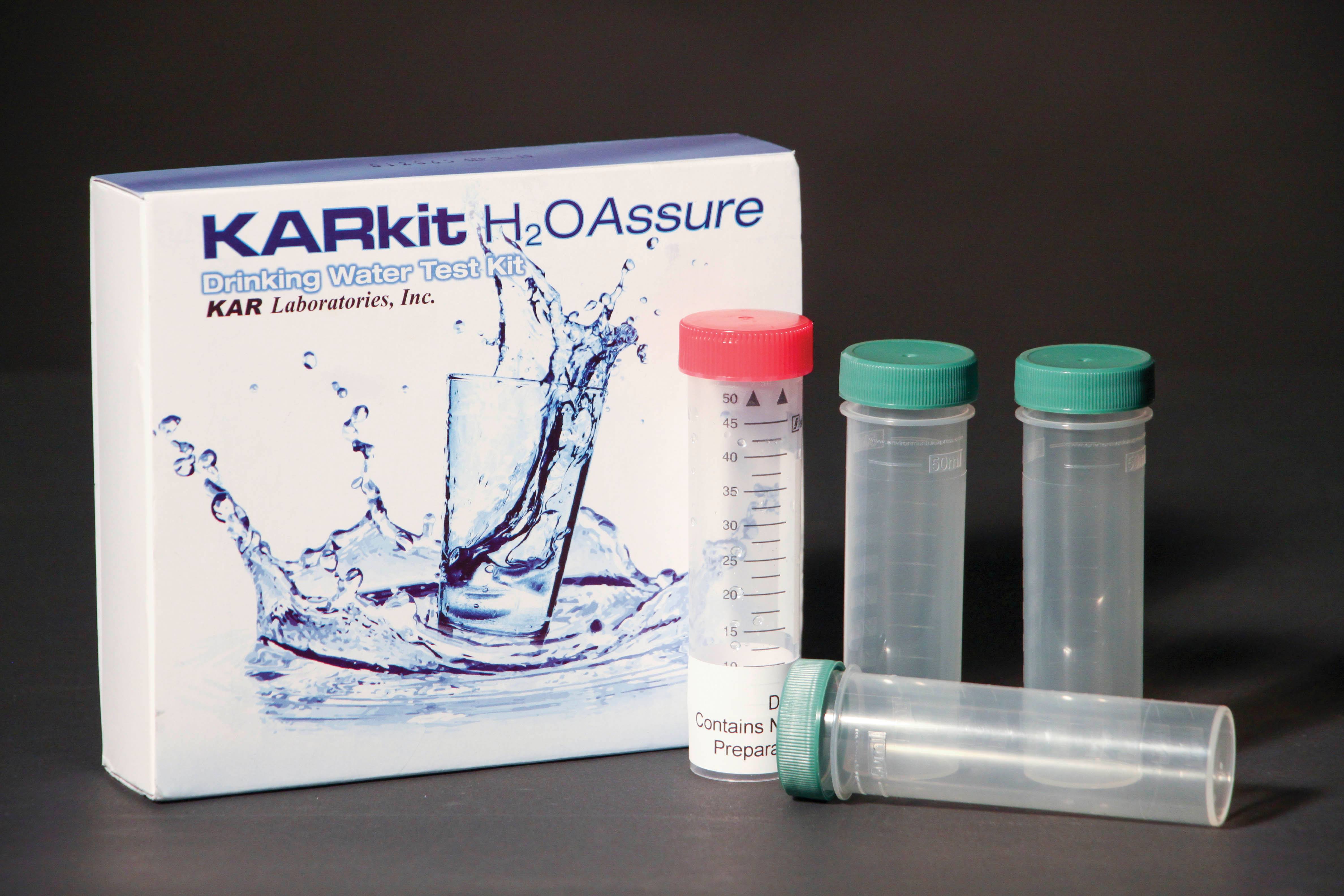 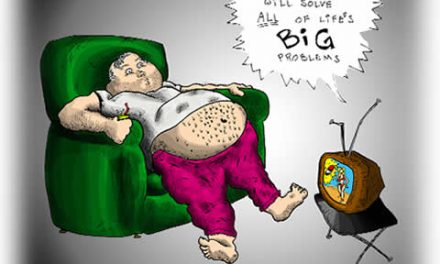 A Hard Pill to Swallow 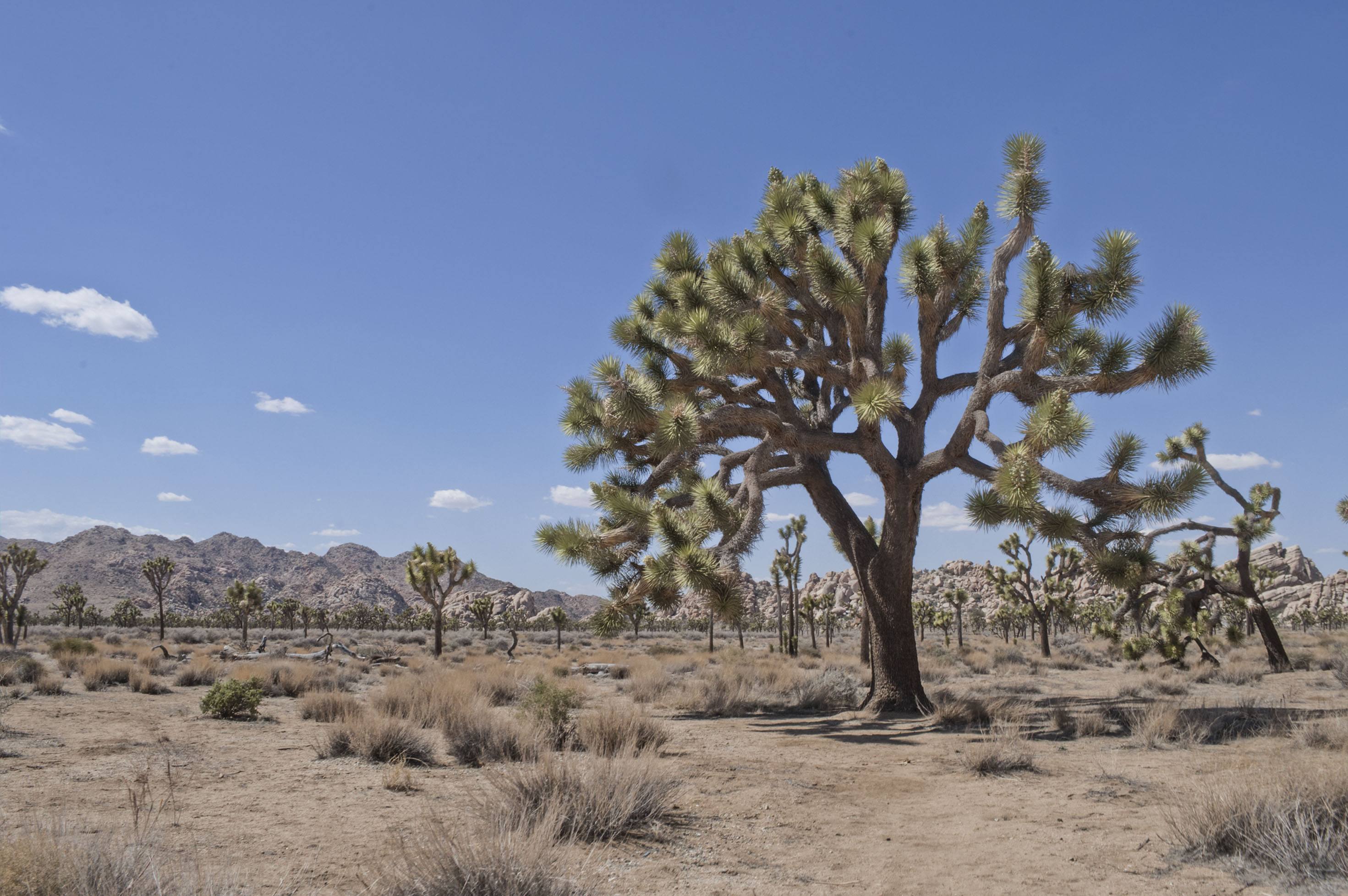 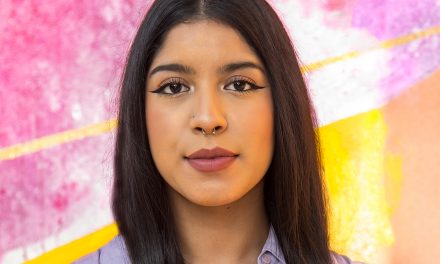