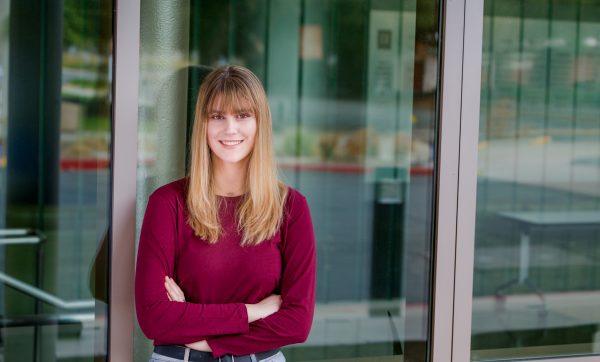 As kids, we’re all asked the same, age-old question, “So what do you want to be when you grow up?” While this question may be nothing more than a way to instill an existential crisis in our children from an early age, for me the question was not so anxiety-provoking. I had this intrinsic knowledge that someday I was going to write a book. Therefore, I would answer back, “An author.” Fifteen years later, that answer isn’t so far off. In fact, there’s still time for me to write the next great American novel. Ask me that same question today, and I would respond with “a writer.”

Despite what others may say, being a writer is undoubtedly one of the most challenging occupations you can go into. Because it’s not simply an occupation, being a writer encompasses your whole life. It means always looking at life through a creative or analytic lens. A writer is constantly reading, retaining information, and strategizing ways to organize that information logically. Writing is brainstorming, rewriting, starting over completely, editing nonstop, obsessing over every little detail. But despite these challenges, pursuing a career in writing is incredibly rewarding. The passion you have for your subject will keep you up writing all night, expanding on your ideas. A spark of creativity motivates you to keep going, to challenge yourself to dig deeper.

Still, most writers will admit they suffer from bouts of insecurity and may often doubt their abilities. Instead of capitalizing on our potential, we stifle our creativity by second guessing ourselves. Out of frustration, we’ll find ourselves asking, “Am I even good at this?” The answer to that question, of course, doesn’t matter. If you truly believe you aren’t good at something, you can’t expect anyone else to believe any differently. Writing isn’t about being the best; it’s about having the courage to go forward despite the voice in your head holding you back. When all the odds are stacked against you, writing becomes an act of rebellion. Because of this, writers develop an incredible capacity for resilience and an ability to push through self-doubt.

But it’s no wonder writers often second-guess themselves and even question their line of work. As many of them will tell you, there’s no shortage of people telling us that our career choice is a profitless dead-end. As newspapers and radio have gradually fallen out of favor with the public in light of new technology, many took this as a sign that the journalism industry was dying. To this, I say journalism is not dead but evolving. We’re redefining what journalism means in today’s world. Journalism isn’t just newspapers or radio broadcasts anymore. It’s podcasts, blogs, documentaries, YouTube videos, photo essays and more. Journalism and writing are always expanding into different media and taking new forms.

Journalism is so much more than what it used to be, and yet at its core, it’s the same. It’s about telling stories, whether about ourselves or others, and communicating those stories with the world. There is so much to learn about the fast-paced world we live in, so many curiosities to explore and document. A growing world only means more stories to tell and more people to connect. There will always be a need for writers and story-tellers, perhaps now more than ever.

The world of journalism is one that’s constantly evolving, adapting, persevering, and it’s a world that I’m excited to be a part of. We all have stories to tell, but only some of us are fortunate enough to have been given a platform with which to share them. That is why we must use our platform, however small, to uplift the voices of those who are silenced. In an increasingly unequal world, reading and writing are a way for us to learn about different people and empathize with them on a human level. Writers hold great power. It’s our responsibility to contribute toward a more educated, open-minded, and inclusive society.