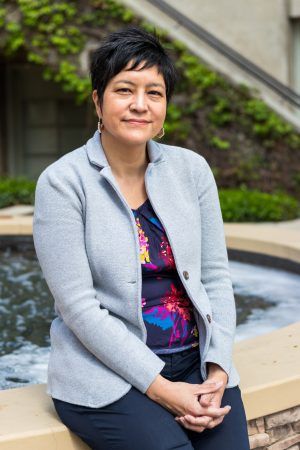 Nadine Nakamura, University of La Verne associate professor of psychology, says that the true history of the Asian experience in the United States is often white-washed. This in turn erases the true histories of many minority groups, forcing them to be susceptible to stereotypes and falsehoods. / photo by Christine Diaz

Psychology used to always be one dimensional and studied from one perspective, namely from the perspective of white people. Intersectionality and multiculturalism were left behind. However, multicultural psychology focuses on identity and how culture influences how people feel, think and act. One of the ways multicultural psychology takes a look at the influence of culture is studying how marginalized communities adapt and cope in society. This is where Nadine Nakamura, associate professor of psychology at the University of La Verne, directs her research.

Nadine was born in Stockholm, Sweden and came to the United States when she was 7 years old. She recalls that she was immediately immersed in the culture of a new country. “I had to go through the whole acculturation process of figuring out how to make friends and be an American kid, and I think that put me on the path in studying culture before I knew that that was even a thing.” Nadine says that she was aware that she was different, and that there were no other kids who looked like her. “I remember starting preschool and seeing a girl with brown hair and thinking, ‘Oh, she’s different like me. I want to be friends with her,’ which just shows how homogenous it was at the time in Sweden.” She says that coming from Sweden to the United States meant adapting to fit in. “I had to change myself in some way in order to make friends because I didn’t know, and didn’t have the social reference points that other kids did—watching the same shows and playing with the same toys.” By going through her own acculturation, Nadine says that that was what started her studies of acculturation.

Throughout the COVID-19 pandemic, anti-Asian sentiment has run rampant. Anti-Asian hate and racism rose by 149% in 2020, according to the Center for the Study of Hate and Extremism at California State University, Santa Barbara. Since the pandemic began, there have been nearly 4,000 hate incidents against Asian Americans and Pacific Islanders, according to the Stop AAPI Hate National Report. These incidents included physical violence, viewing AAPI people as spreaders of disease and making racist jokes, such as calling COVID-19 the “kung flu.”

Nadine, being a Swedish-born Japanese American, says that she has witnessed these types of incidents of anti-Asian hate and racism, but from the comfort of her own home. “My privilege of being a professor who can teach online has provided me with some level of distance and safety. I’m not out interacting with the public on a regular basis. I certainly have heard from other people who have been having those experiences of being targeted and experiencing aggression.” Nadine describes these incidents as scary but familiar.

Since she is knowledgeable about Asian American history through her work in multicultural psychology, Nadine says that this anti-Asian hate and racism that has come to light from the pandemic is not a surprise or new. “I don’t think that this rise in anti-Asian racism is a new thing. I don’t think it’s a result of the Trump administration – I don’t think he helped – but I don’t think it’s new. A lot of people are looking at it as if it’s a recent phenomenon. And, unfortunately, a lot of the anti-Asian sentiment is recycled.” She says that the same things that are being said about Asian American people now, were said 100 years ago. “All of the same stereotypes are still there. And so I guess it feels disappointing; it feels sad that we haven’t really gone that far.”

There is a long history of people from Asia coming to the United States as laborers in the 1800s, meaning that families have been in the United States for generations, “like my own family, my great grandparents came to the United States from Japan in the early 1900s. We’ve been here for over 100 years. One big stereotype that continues in the United States is the idea of Asian Americans as perpetual foreigners so it doesn’t matter that my great grandparents are the ones who came here.” Nadine says that she is asked questions like, “Where are you from? Where are your parents from? Where are your grandparents from.” “That perpetual foreigner idea is definitely a stereotype that I think perpetuates the anti-Asian sentiments.” Other stereotypes that are often perpetuated from the late 1800s are ideas of Asian Americans being spreaders of disease, taking jobs away from “real” Americans, being violent, being dangerous and being foreign. These stereotypes made Asian Americans targets of violence, Nadine says. “One of the biggest lynchings that occurred happened in California, and I believe it happened against the Chinese American community.”

The lynching in question was The Chinese Massacre of 1871, which occurred in Los Angeles on October 24. The population of Los Angeles in 1871 was about 6,000, of which about 172 were Chinese. After some disputes led to a gunfight, about 500 people rioted through Chinatown. During the riots, at least 17 Chinese people were lynched, some as young as 18-years-old. As a result of the lynchings and riots, 25 people were indicted but only eight rioters were ultimately convicted. These rulings were eventually overturned, taking away accountability from the rioters, according to the Zinn Education Project. “These stories, and this history kind of get erased, and people just aren’t aware of it,” Nadine says.

Nadine says that there is also the idea of the model minority that took hold in the late 1960s. “That seems to be what most people associate with Asian Americans like, ‘Oh, Asian Americans are really successful. They’re really quiet. They don’t make trouble. They’re the “good minority,”’ hence the model minority.” This label came 20 years after the Japanese Internment that occurred in the 1940s. “All of a sudden, Asian Americans were the model minority. So it was like, ‘We can treat you really, really badly, and yet you can still be successful. And this was used against other communities, specifically the Black community to say, ‘What are you complaining about? Asian Americans are pulling themselves up by the bootstraps, and they’re being successful. So clearly the problem isn’t racism, the problem is you.’” Nadine says that Asian Americans have been used to “put other racial groups in their place” with this idea of “if you just do the right things then you can be successful in the United States,” something she says is wrong and false.

These stereotypes are often internalized by Asian Americans because they have been told that they are true and correct, Nadine says. She adds that this is a result of schools not teaching the correct history to children, making them have to search for their history on their own. “To not have access to your history makes it difficult to develop your racial identity. And when you don’t have a strong sense of yourself and your racial identity, then you’re more often more susceptible to psychological harm when you experience microaggressions.”

Nadine says that she would want people to understand anti-Asian hate and racism in broader terms of systemic oppression. Having ethnic studies in elementary and high school is important because Asian Americans would have access to their own histories. “This is not something that’s happening on an island that’s a blip in time, but it’s related and connected to racism more broadly. That’s how we understand our collective history and understand how our struggles are connected.”

Along with studying psychology from an Asian American perspective, Nadine also focuses on LGBTQ+ psychology. Nadine says that she studies psychology from different minorities’ points of view because these stories and perspectives are often not told. “When you’re looking at multiple marginalized identities, the intersectionality of race, ethnicity and sexual orientation often does not appear. We often tell stories from a very singular kind of focus.” She says that because these untold experiences are important, she wants to learn more about them. “It happens to overlap with my own identity being a member of the LGBT community and being a queer woman of color feeling like there’s so much missing that needs to be explored. And so being able to do that is really exciting. It’s just a matter of trying to amplify voices and experiences that aren’t normally given attention.” She says that normally, when LGBTQ+ psychology is talked about, it is usually from just a Western perspective.

Nadine recently co-edited and published a book titled, “LGBTQ Mental Health: International Perspectives and Experiences,” in 2019. She was approached by the American Psychological Association to write another book on LGBT international psychology but did not feel like she was the right person to write it. “I was like, ‘That’s a great project. I really hope someone does that.’ I didn’t want to take it on as an authored book because I thought it was really important for the authors of those chapters to be from the cultures that they’re writing about, to be people who live there who know the experience first hand as opposed to me who is reading about it in a library and writing a book.” The book covers the cultural, social and psychological experiences of LGBTQ people through personal narratives from contributing authors from Peru, Russia, India, Malaysia, Thailand and more. She says it was a challenge to complete the book because there is not much support for people to openly do research on LGBT issues. “That was certainly a challenge, to find people who can write from that perspective, but that was really important to us to make sure that the authors were people from that culture, from that community.”

“In order to understand what it means to be LGBTQ in the world, we have to look beyond our western studies and invite voices that we don’t usually consider. It’s important for there to be more awareness of the diversity.” 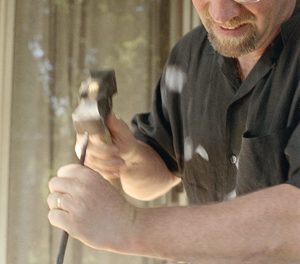 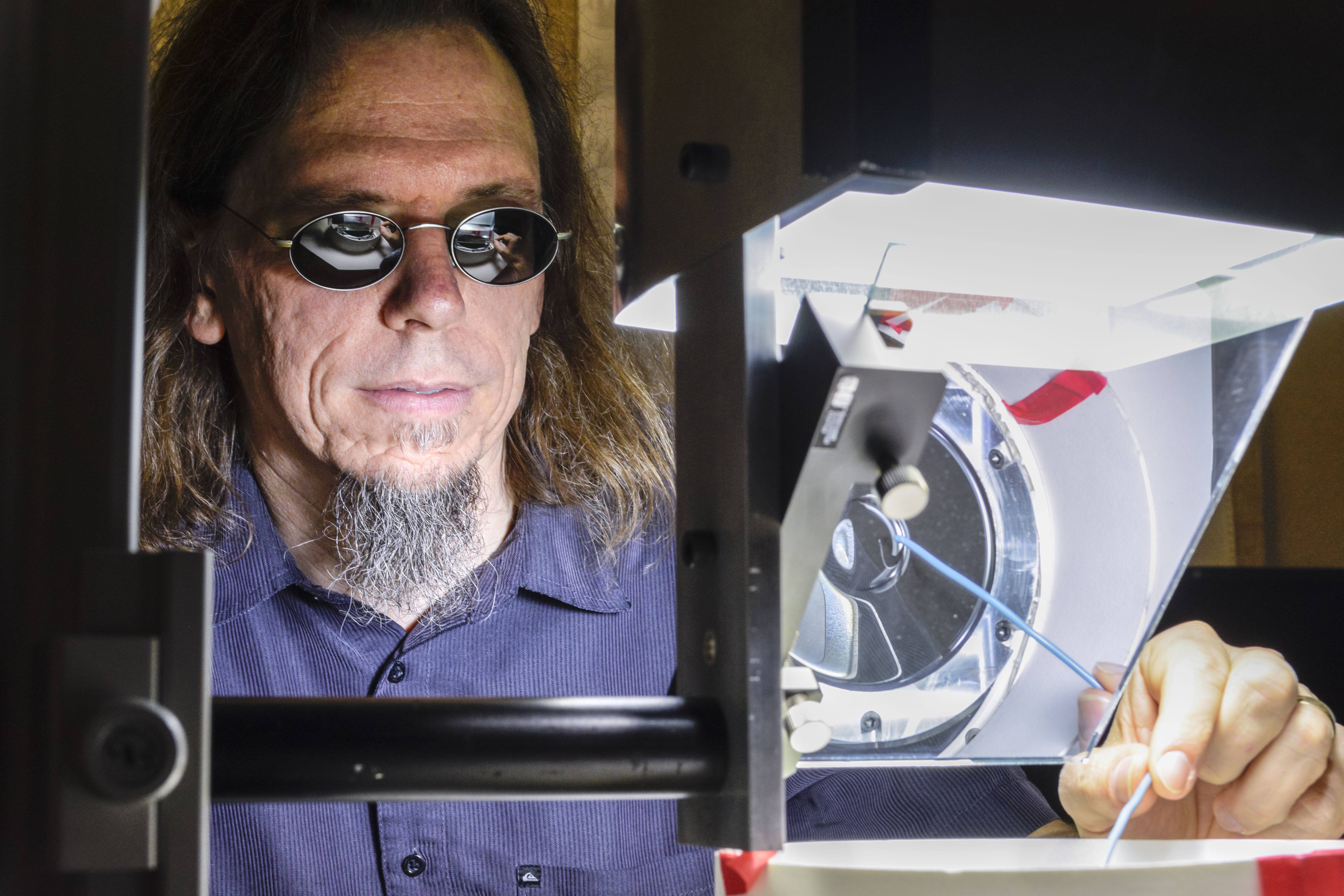 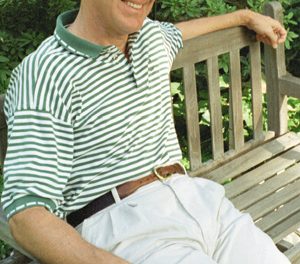 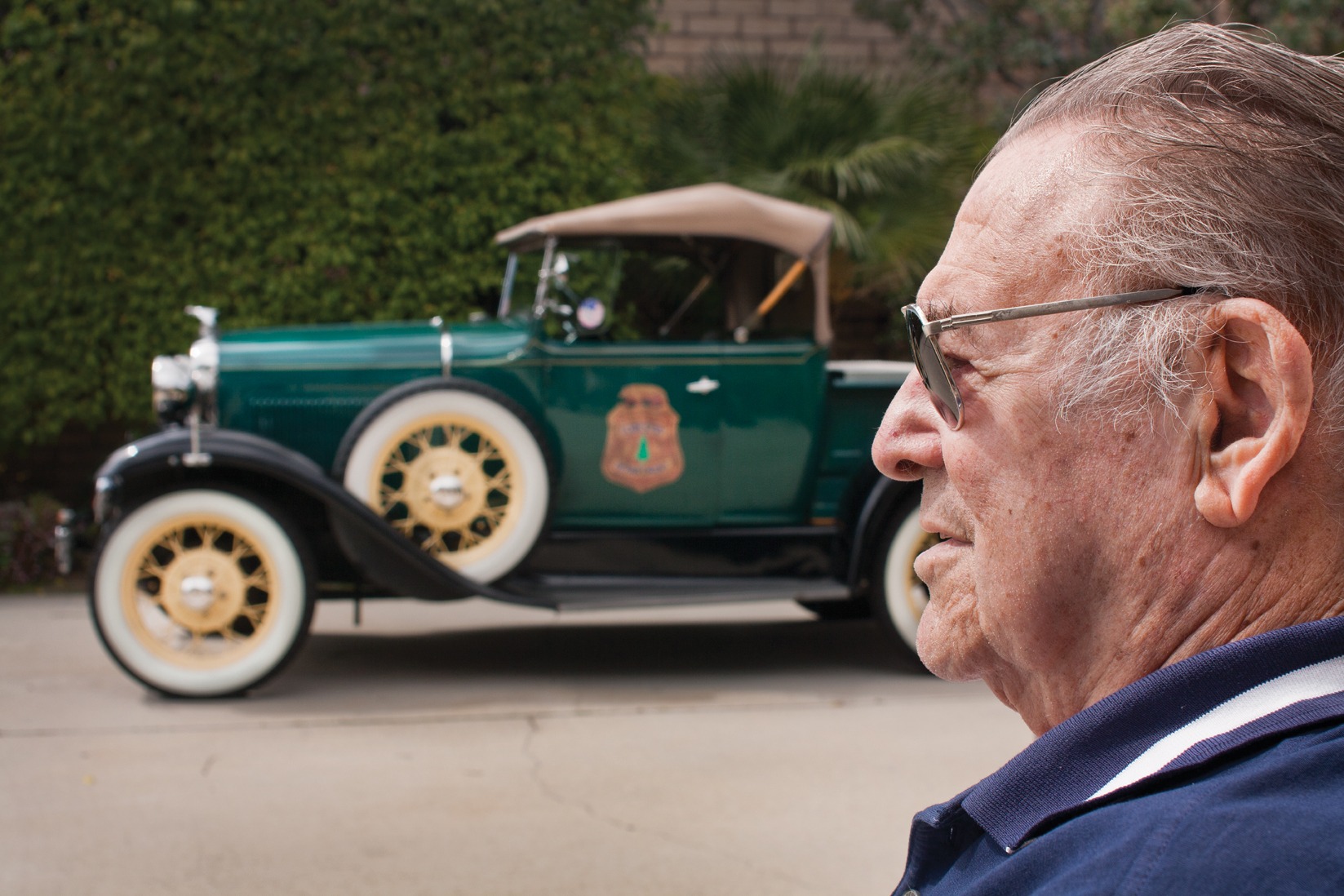