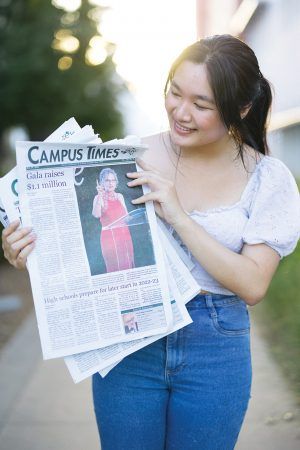 No one flies halfway around the world to pursue an education and expects to be put in a situation where they have to choose between risking their life or their grades. In the fall of 2019, I came to America to begin my undergraduate study as a freshman, trying to find my way around campus for my first Journalism 100 class. Four months later, I was only one click away from attending a professor’s lecture.

As an international student, I thought I had prepared myself for anything before going overseas. Being stuck in a foreign country in the midst of a once-in-a-century pandemic was the last thing I had in mind when imagining how my freshman year of college would pan out. With my family in Ho Chi Minh City, Vietnam, and my education in La Verne, California, I struggled to find where I stood. Face masks, vaccine shots and quarantine isolation—behind these terms introduced to us at pandemic start underlies important individual decisions. For a foreign student like myself, every decision I made also involved a web of more complicated considerations. In March 2020, all on-campus students received an email about moving out of the dorms for spring break to combat a new and rapidly spreading virus that emerged in the country. I hugged and told my roommate before we officially moved out of our frosh dorm that I’d see her in two weeks. Little did I know, I would instead end up spending almost two years greeting her through the screen from a few continents away.

Before I could return to Vietnam, travel bans stopped me. I stayed inside for months at a friend’s house in Chino, and though my time in quarantine was defined by anxiety and homesickness, I also discovered some silver linings. Being put in an unexpected situation had me reflecting about my own life and the different roles I play in it: as a student, as a friend, as a daughter and as an aspiring journalist.

As a college student, I worried about the quality of my education—both how I was taught and how I learned. It’s so funny to think that prior to the pandemic, I had never heard of Zoom. Fast forward to two years later, and I’m bonding with new classmates over the difficulties we had navigating classes through the application while joking about attending something everyone now calls “Zoom university.” At first, online classes sounded like a convenience—not having to spend extra time in the morning to try and get up, pick an outfit and walk to campus. However, as I spent more time doing lessons online without classroom-equivalent stimuli, I felt completely burned out. Focusing on lectures is hard when you’re sitting in the most comfortable place you know—a cozy bed. It was also difficult to connect with classmates because everyone was reduced to gray boxes with their names written across the screen. Even an introvert like me had to admit at some point that I missed socializing with people before and after a class as we did while still on campus.

Finally, October 2020, I was able to return to Vietnam. The lack of motivation worsened when I was back in Vietnam where normal class times became graveyard shift hours. While my classmates back in America logged on to Zoom at 3 p.m., after their lunch, I snoozed through four alarms trying to wake up at 5 a.m. to attend the same lesson. Despite the difficulties of the time zone change, which included the fact that it was the next day for me, I began filling up empty schedules with different new hobbies with my daytime freedom.

For months, when Vietnam had no COVID cases within the country, I was able to make up for lost time being in quarantine in America. I tried pottery and cross-stitch for the first time and rekindled my love for badminton, a sport I played tirelessly in my younger years. For school projects, I was able to come up with original ideas thanks to the unique location I was in, as compared to my peers. In video editing class, I virtually took professor Kenneth Pucci and my class through a journey around my hometown as I told the origin of a beloved Vietnamese dish– banh mi. The video ended up being highlighted on the school’s Communications Department social media as a feature post. Until this day, it is one of the proudest projects that I’ve worked on, and I couldn’t have done it if I weren’t able to go back home and do my college coursework virtually.

Surprisingly, as a friend, physical distance made many of my existing relationships grow closer. Making the transition from high school to a college in a foreign land wasn’t easy, and on the way, I was so busy adjusting that I forgot to take a moment to check in with those around me. Friends whom I talked to everyday in high school were now updating their lives to me indirectly through Instagram stories. However, the pandemic gave an opportunity to slow down and reconnect. They say don’t move in and live with your friend, or it will ruin your relationship. Nevertheless, I stayed in quarantine with two, and it brought us closer together than ever. Our friendship started in my junior year of high school when the two friends, who happened to be twins, moved from America to Vietnam. After learning about the many similarities we had through casual conversations, it was a natural progression to a close friendship. Unfortunately, with the friendship blossoming at the busiest time in high school where college applications and final exams are due, it was hard to truly assess our bond. We went to college in three different states, and our friendship was now defined by only text messages and facetime calls. When the lockdown announcement happened, all three of us took it as an opportunity to stay in quarantine together since we couldn’t go back to Vietnam due to the travel restrictions.

During the five months that we were in lockdown with each other, we made up for the lost time in high school that was spent stressing about school. We had therapeutic painting sessions, implemented group workouts into our joint daily routine, and stayed up until late at night talking to cure boredom and anxiety. With access to a kitchen in the house, we were also able to cook our own meals with groceries that were delivered to us. It was certainly a positive change from just eating microwaved ramen in the college dorm. Every night, Marina, Christina and I planned our own two-course meal with a main dish and a dessert, accompanied by a movie that we unanimously decided on. I cooked Vietnamese recipes my mom relayed to me through video calls, made fresh dumplings by hand and baked all sorts of cakes and pastries for the first time. From lemon meringue pie, chocolate fondant to flan, I rediscovered my love for baking, which was a career path I wanted to pursue as a child from watching cooking shows. Until this day, we still joke about the 10 pans of desserts that would be in the fridge at once because it seems like we kept baking all day to pass the time. Instead of being isolated and worried, my quarantine experience with my two friends whom I now consider family became core happy memories in my life and have created youth stories I can tell for years to come.

As a daughter in an aviation family, I had already boarded my first flight by the time I turned 1 year old. Nevertheless, two decades and many, many plane trips later, flying never felt scarier than the day I boarded a rescue flight from LAX back to my home country of Vietnam. Funny enough, everything about flying felt terrifying to me this time around– everything except for the “flying” part. Due to the strict traveling rules implemented because of the virus, boarding that flight took extra unprecedented procedures. I took PCR tests, completed extra paperwork and went on hold on the phone for hours with the Vietnamese consulate—all to find a way home. This coincidentally took place during my Fall 2020 University of La Verne midterms. I was desperate, to say the least, to reunite with my loved ones who were half a world away. On top of the longing for my family, whom I hadn’t seen for one full year, I also worried for my dad, who worked as a pilot for 40 years and is no stranger to the cockpit. Dubbed as the pilot who has the smoothest plane landings, he is objectively one of the most skillful pilots and subjectively the best in my eyes.

When COVID-19 first hit and air travel was banned, he made a temporary stop en route to his retirement. At the end of 2020, he had the opportunity to assist as the captain for rescue flight operations for Vietnam-passport holders who were stuck in the United States because of the pandemic. As exciting as the opportunity was for my dad–getting back to doing what he loved most, I felt worried that he would inevitably catch the virus doing heroic work. My dad took extensive precautions—always masking up and using hand sanitizers—to make sure his work didn’t interfere with our family’s safety. During a video call, while I was still stuck in Chino, my mom jokingly scolded my dad about her having to do rapid testing on everyone in the house in Vietnam every few hours or so. As much as I was worrying about the health of myself and my family, it seemed like my dad was too. Two years later, my dad is still COVID-free, and even though he could have retired from aviation in 2020, he continued his four-decade-long passion by signing a contract with a privately-owned commercial airline to continue piloting planes that grace the blue skies.

As a journalism student, I developed a love-hate relationship with the news. At the beginning of the pandemic, I grew fearful of breaking COVID news, and at one point dreaded watching the media, which was filled with distressing news. Who would want to turn on the news just to be informed that there’s a new record-setting number of deaths in your area? Nevertheless, the COVID situation showed me how adaptable I am to change and also challenged my resilience as an aspiring journalist. Even when the world in lockdown, the news never took a break. As a writer on the Campus Times during the Fall 2020 semester, our entire staff had to adjust to meeting each other virtually instead of in the usual newsroom on campus. Nevertheless, we never failed to publish a weekly issue of the newspaper and continued the journalistic duty of providing factual and timely news to the public. What an exciting and interesting time to be a journalist, I thought to myself. So it goes, not all is the same during or since the pandemic. It continues to shape our paths, our lives, and those whom we love. ■

Hien Nguyen is a senior journalism major at the University of La Verne. 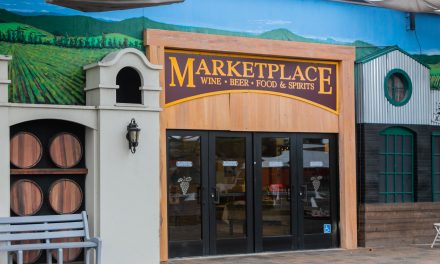 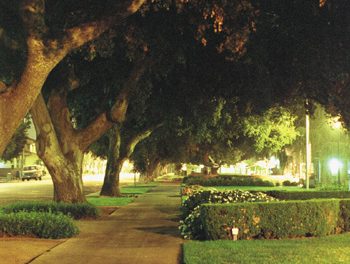 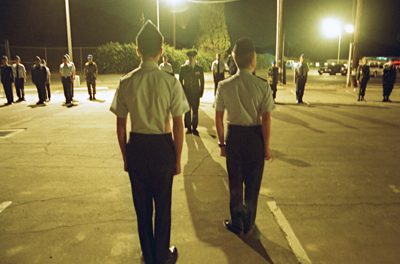 Squadron 64: The Only Way to Fly 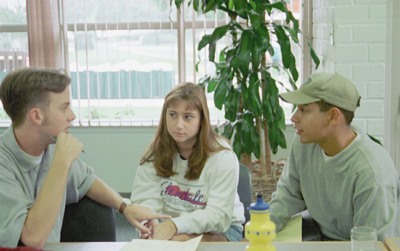